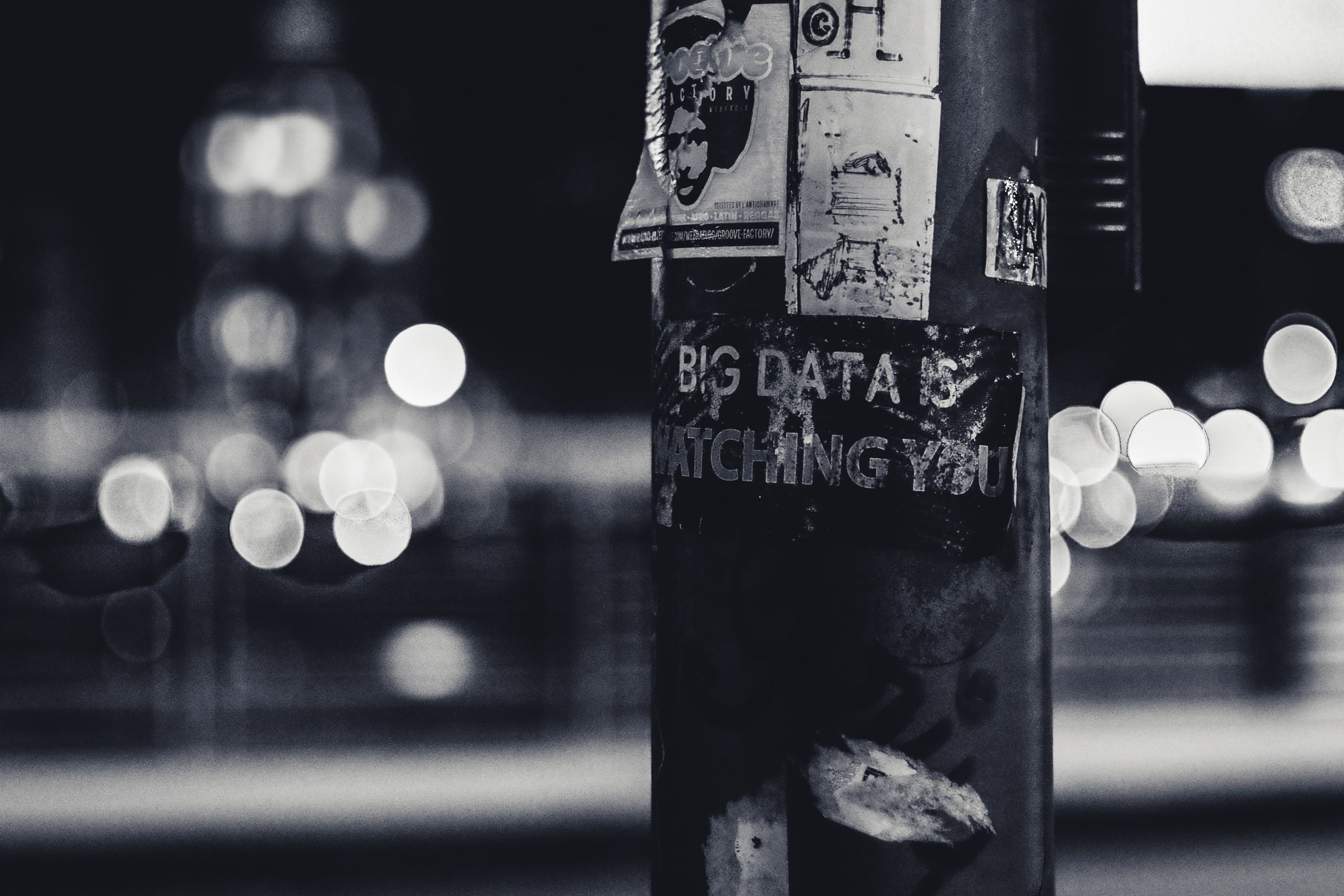 Though I have always been mindful about what I post on the Internet, I have become increasingly aware that it is not only the personal data we post about ourselves that should concern us. As was well highlighted in the docu-drama film, The Social Dilemma, by some of the designers responsible for the systems in place now, the data we share is only part of the problem. The likes of Facebook, YouTube, and others are placing data in front of our eyes, calling it ‘Personalisation’.

At some point, the usefulness of being shown what we most want to see became companies putting in front of us what they and other interested parties desire for us to think, want, and see. This kind of psychological manipulation leads to our very attention on sale and purchasable by the highest bidder. Such a powerful thing can involve anything from product placement to even the swaying of elections. Three years on from Cambridge Analytica, it is still happening. (By the way, Cambridge Analytica was operating as a shell company for the private British behavioural research and political PR company, SCL Group, which used data mining and data analysis.)

Facebook stores your biometric facial data (facial recognition material), your activity on other sites and apps and continuously tracks this, along with your politics and spending habits. Facebook also allows other companies to ‘scrape’ information from their users. Clearview AI, for example, sources their photos for their facial recognition software from Facebook. Incidentally, Clearview AI had a data breach last year. As most of us should by now know, gone is never completely gone – the pictures remained on the Clearview AI database even after users delete them from their social media accounts.

A plethora of privacy and security issues, daily ransomware attacks putting sensitive data at risk of being published led to a decision. In February this year, I decided to de-Facebook and de-Google my life. I will admit that, as with any (I will call it what it is) addiction, it was a little hard to withdraw. Everyone handles social media detox differently, and I realised the best way for me would be to carry it out in stages.

Step one was to turn off notifications for those apps on all of my devices. Habitually checking every time a notification popped up had long since formed and had to be broken. However, I found that after just a few days, I did not even think about them anymore. I would open the apps once or twice a day but soon realised I had missed nothing by checking less often. No update was so urgent it required immediate attention!

Step two, close the accounts. I started with Facebook, but reasons to keep the account kept surfacing to justify its existence. I was in some great groups with some lovely, interesting people. Some people I only connected with via Facebook and some family members were there who probably could contact me in other ways if they wanted to, but would they? I found myself bargaining that I could instead keep the account live and stop posting. I could just log in occasionally to catch anything I might have missed. Anything to avoid closing it down completely. 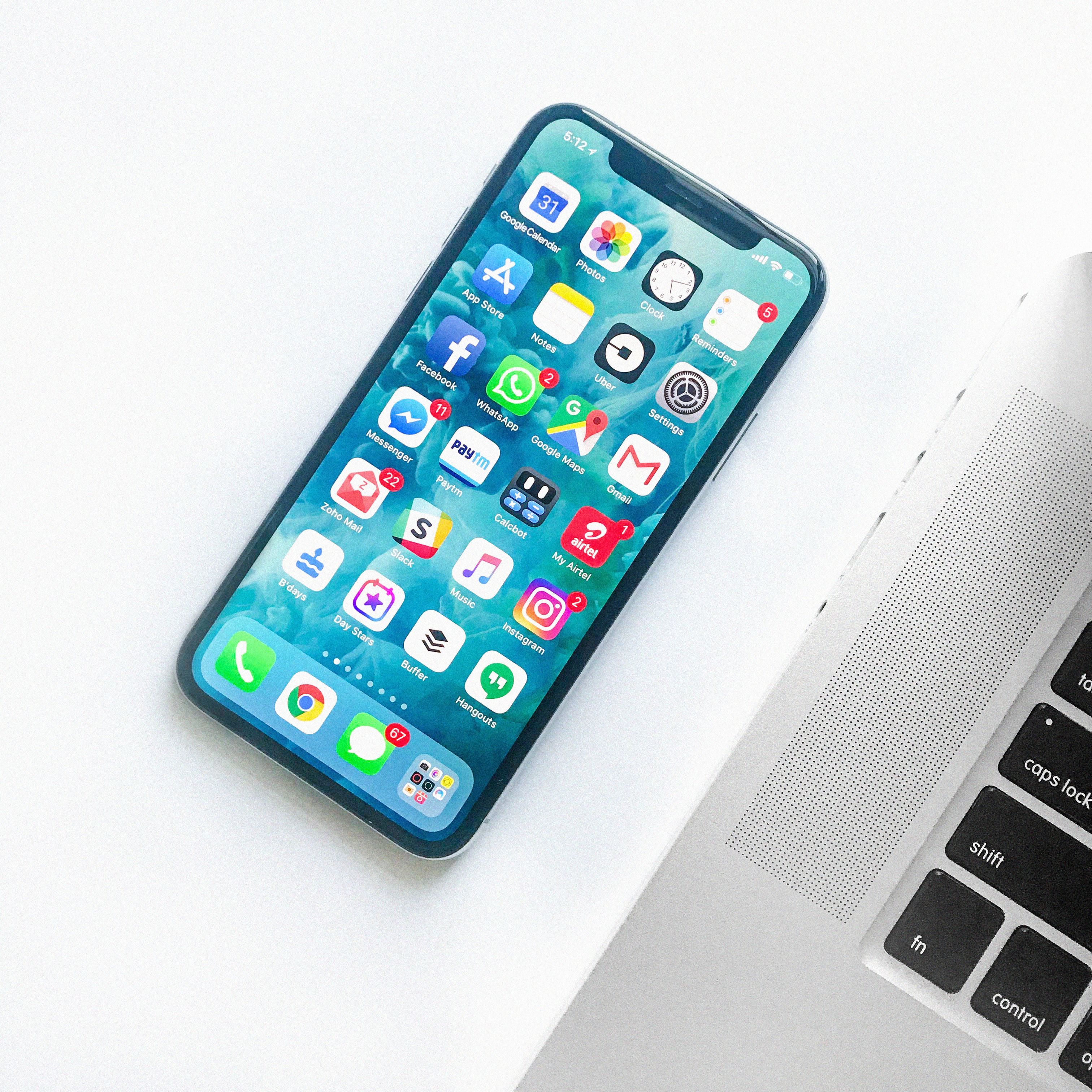 Photo by Rahul Chakraborty on Unsplash

Finally, I decided that the account was going. I wrote a brief post to let people know of my intention to close my account. Some people do that for attention. I imagine they sit back and wait to see who cares enough to beg them to stay. My motivation was solely to let my friends know where they would be able to reach me after the account was gone, and as soon as I had sent the post, I clicked through to the settings to delete the account, which was when Facebook effectively said ‘no’ in the form of error pages. I do not know what the issue was, but I went through their account closing procedure about eight times before eventually reaching a page that informed me that it would take 30 days to 'permanently' delete the account. If I logged in again during that period, the cancellation process would be, er, cancelled. I downloaded my data, then successfully managed to avoid logging in during that 30 days, so now my account appears to be gone (though, again, nothing is ever really gone from the Internet).

As an author, these days, one of the best ways to reach readers is by using social media. Yet here I was, severing ties to my current and potential readership. Was this going to be a huge mistake? Perhaps, but I was determined to leave the tech giants behind no matter what, so I decided on a compromise and instead moved over to privacy, decentralised and free-speech-focused alternatives, MeWe, Minds, Mastodon and Gab. There are pros and cons to each of these, of course. Overall though, they are a breath of fresh air. (EDIT: you can now find me over on Hive, Flote and Ruqqus, too).

With the alternative, independent socials, you still have people pushing their opinions, but you might get that in any bar or at the bus stop, and in both cases, you still have the choice to agree or to ignore them. Freedom of choice is so ‘in‘ these days, or it should be. What you do not get is repetitive-to-the-point-of-brainwashing Government-sponsored messages at the top of every page. No so-called fact-checkers jumping on or removing posts (which were often wrong anyway, easily proven by anyone willing to take the time to fact-check the fact-checkers – I did.) Ironically, verifiable facts from UK Government sources earned me a Facebook warning – insert facepalm here.

The Facebook ‘family’ also includes Instagram and WhatsApp. While I never took to the latter, I had been using Instagram since the glorious days before Facebook took it over and changed things. For a while, my justification for keeping it was that a viable alternative did not yet exist, though PixelFed looks promising. That said, I have since de-Insta’d too, and have no regrets.

While I was at it, I closed my Twitter account, too. Though I will miss the ramblings of particular individuals, that was a pretty easy decision. I am old enough to remember when Twitter was home to a healthy debate. Sadly, those days appear to be largely gone.

Next up, de-Googling. Of all the apps Google provides, I only used YouTube, Google Photos, and Google Drive. Some work involved here because I would be shifting all of my files away from their servers and using only local storage (then setting up a system for maintaining a back-up for these files because there is no wisdom in keeping all my eggs in one basket).

I started watching Rob Braxman’s videos about Facebook, Google, and privacy issues: they are part of my reason for ditching both, and he explains how and why everybody should. Some elements of his videos may go over the head of beginners like me and non-techies. The changes I am making are just the beginning of my journey towards reclaiming privacy and improving security. I currently use Tor with extensions: NoScript, HTTPS Everywhere, Privacy Badger and UBlock Origin, and a VPN. My search engine of choice right now is Qwant, (‘Qwant never records your searches and never uses your personal data for advertising or other purposes‘).

Last year, I stopped using Hangouts and replaced it with Telegram (I hear Signal is better, but everyone I know uses Telegram). I found alternatives to YouTube (though it is still usable without logging in) in the form of Odyssey and Bitchute. I ditched cloud services, so Google Drive, Dropbox, and Microsoft OneDrive are gone from my life. I downloaded everything from Google Photos and found an alternative FOSS app to use for reading eBooks. With all of that done, Google is as gone as it possibly can be at this point.

So, I am still using social media, but not the kind that tracks and controls you to the extent the tech giants do. There is a bit of a trade-off in making these changes. I need to perform some tasks a little differently, like transferring pictures, documents and eBooks via USB to PC instead of using apps, but that is fine with me. It is kind of enjoyable in an old-school way. I liked the Internet of old, where Google was just another search engine alongside Yahoo, Ask Jeeves, Excite and more that have long-since fallen by the wayside (though many are still around in some form or another).

You could lose several hours clicking through the Webrings of the 90s and discovering the incredibly creative and sometimes bizarre little corners of the Internet. If you remember those days fondly, too, you might enjoy Neocities, which seeks to maintain the spirit of Geocities. Animated GIFs of creepy dancing babies, guaranteed.

On the Pros side, since removing Facebook, Instagram, Twitter, and all Google apps from my devices, the battery life is noticeably better. I am making some interesting connections on the alternative sites with creative people from around the world. I have yet to encounter Facebook-level attention-seeking drama or even that classic response, U OK HUN? anywhere on those platforms. 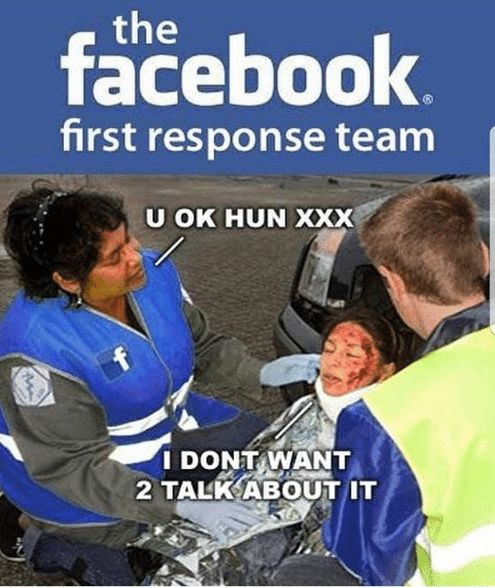 Just over a month from my initial Social Dilemma, I find it is not so much of a dilemma anymore, perhaps because I shifted platforms. Incidentally, I still keep those notifications switched off on everything. It helps a lot.

I felt ready to break that daily routine of checking devices, and the solution was to find the best way out for me and then stick with it. So far, so good. Studies conducted over the past few years reported an increase in happiness and decreasing stress levels in people avoiding social media. I would be inclined to agree as my mental health has noticeably improved. Connections with people are still there though the tools are a little different, and dare I say, better. I have a renewed enjoyment of writing snail mail letters and have sent more in the last few months than in any other time since the 1990s. Crucially, I find that I am spending less time doom-scrolling and more time doing the things I love. The stuff I enjoyed before Big Data social media became a dream-sucking time-vortex of analytical dystopian gloom. That good old life stuff.