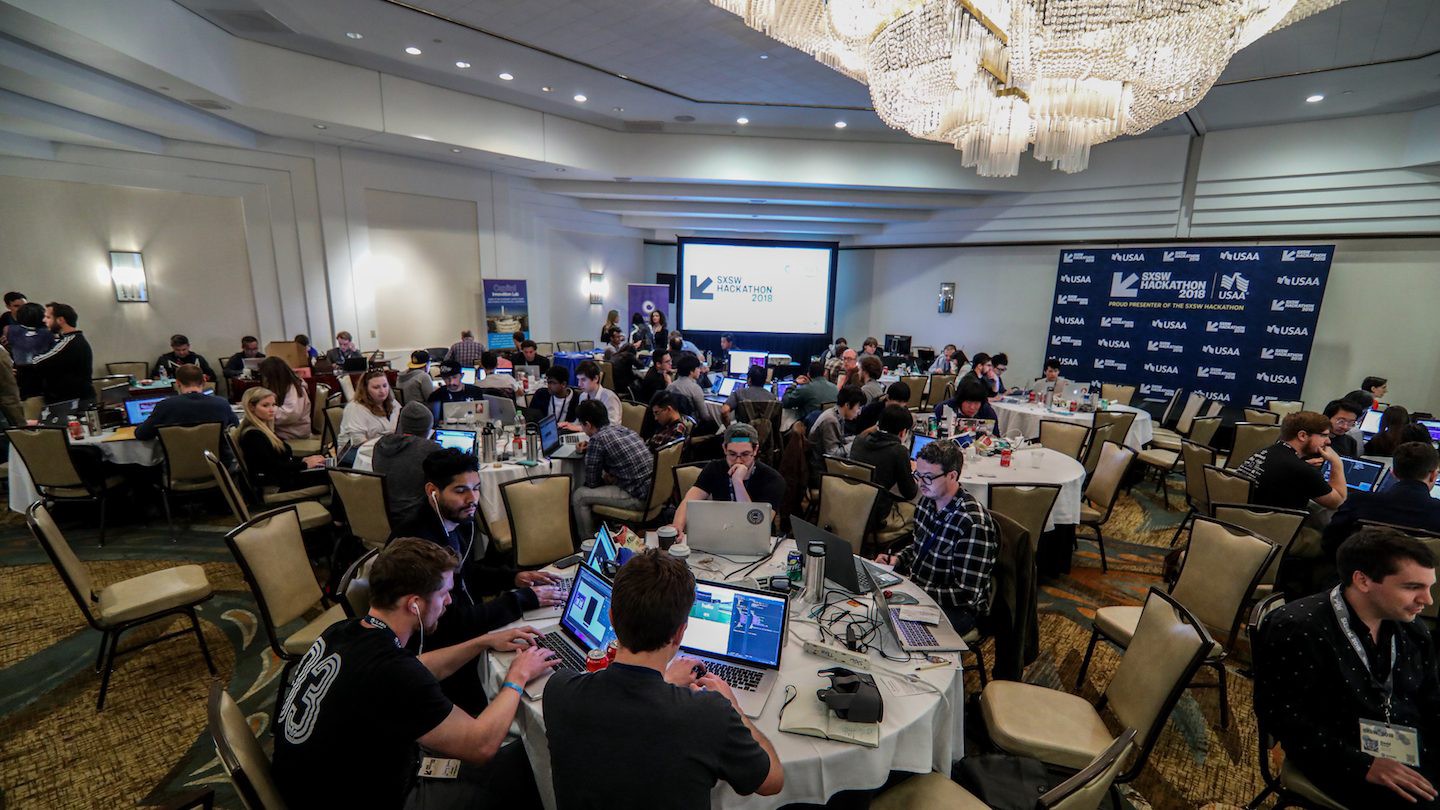 Austin, Texas — It’s going to be a packed and exciting week for hackers in Austin! South by Southwest® (SXSW®) Conference and Festivals (March 8–17, 2019) have announced that the SXSW Hackathon is coming back. With an exhilarating 24-hour marathon on March 12–13 at the Omni Austin Hotel Downtown, developers, coders, and tech creatives will collaborate in teams to build technology focused on topics covered at the conference— including Music, VR, AR, AI, and Blockchain.

“[The SXSW Hackathon] has created a ton of business for us and we are currently able to continue as a startup without the need for an accelerator or funding at this time,” — Ryan Constant, CEO of Constant Venture LLC.

Returning for its sixth year, the SXSW Hackathon is the perfect opportunity to bring your ideas to life and compete for valuable prizes. Fostering innovation, inspiring developers and coders attend to take their projects to the next level. The Hackathon has brought together the power of creativity and novelty, with previous SXSW Hackathon winners launching companies based on their projects. Legit Tix, now known as Constant Venture LLC, have envisioned the bigger picture thanks to the competition. “[The SXSW Hackathon] has created a ton of business for us and we are currently able to continue as a startup without the need for an accelerator or funding at this time,” explains CEO Ryan Constant.

This year’s Hackathon will open up to greater challenges for participants. With developers joining from Japan, Mexico, Germany, Canada and the U.S., SXSW® will continue to uncover some of the best tech creators, programmers, and developers that have a passion in tech and other industries.

Participating hackers will have admission to a vast range of resources, including guidance from SXSW®’s official mentors, public APIs and tools, and SXSW®’s partner APIs and SDKs. With $6,000 in prizes, three winning teams will be awarded cash and sponsor prizes by this year’s panel of industry judges.

“Universal Music Group is pleased to partner with SXSW to encourage the development of a new wave of music applications and technologies by supporting the talented developers and entrepreneurs participating in the 2019 SXSW Hackathon” — Tuhin Roy, Senior Vice President of New Digital Business and Innovation of Universal Music Group.

All eligible hacks submitted will be reviewed and rated by the panel of judges. After considering the top three winning teams for this year’s Hackathon, the Final Presentations and Awards event will take place on Wednesday, March 13 at 1:30 pm, and is open to all SXSW® badge holders. Winners will also be invited to join the SXSW Hackathon Incubator from March 14–15, where they will fine-tune their projects and pursue their creations with guidance from industry mentors. Interested hackers can apply here until the deadline of March 5.

The 2019 SXSW Hackathon is sponsored by Root9B (R9B), the provider of advanced cybersecurity services. The title sponsor for this year specializes in threat detection and elimination through its proprietary HUNT platform, ORION.

So, for all hackers who’ve got what it takes, make sure you register before March 5. Get packing, get hacking!