How Much Estimated Cost To Develop Android App? 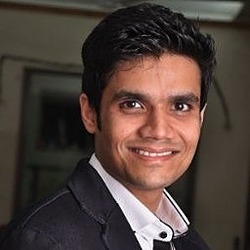 Photo by Matthew Kwong on Unsplash
After the advent of mobile phones, the usage of Android apps increased immensely. This is why many companies out there are building apps of their own. If you are also planning on one, but aren’t aware of the cost and other steps involved in it, then this article is for you.
In business, money matters a lot. One of the first things to consider when planning to develop an android app is how much does it cost? The answer depends upon various factors. There is no generalized price for an android app, and one has to take several factors into account before deciding the price of the app.

How much does it cost to make an android app?

The answer depends upon the type of your application, in which country you are developing, developer experience, the platform, UI/UX design, and many more factors. If you want to develop a payment integration, travel API or game, the price of the Android app could go high.
According to Clutch, the cost of developing an android app ranges from $25,275.00 to $727,500.00.
As per the research, Android app development cost may ranges $15,000 to $40,000. You can hire an android app developer for an hourly basis and it may cost $15-$25 in India. The hourly charges may differ per country.
The cost of Android mobile application development in India is much less when compared to the other countries present out there. The lifestyle and other costs in India are comparatively less when compared to other countries and this is another driving factor for the low-price cost of the app development.

Factors affecting the cost of developing an android app

Different teams have different skills. You may have a team in your organization that has mobile experience and needs some support from the external team. In such a case, the type of support will determine the price of development. For example, if you have a team who has designed an app but need engineering support to turn it into a reality; you can do that with the help of an outsourcing company. Or if you have a strong engineer’s team but need someone to outline and design an app. The type of work that you outsource will play a major role in deciding the pricing of an app.

There are two kinds of app development present out there: Native and Hybrid app development. The native apps are the ones that are built specifically for a particular platform. For example, let’s consider the platform is Android. The app is built only to work on the Android platform only. The same program won’t be helpful if one wants to use it for iOS or Microsoft platforms.
These native apps have so many advantages as it performs better when compared to hybrid apps. The development cost of a native app is much more when compared to hybrid apps. The features that they offer are worth the amount that you are spending on them. It gives the best user experience.
People who want apps that can work on various platforms can pick hybrid app development using tools like React Native, PhoneGap. Although this platform is a cost-effective solution, the user experience with a hybrid framework is not commendable, and there are often small setbacks when using this framework.
The framework plays a very crucial role here. As mentioned earlier, the native framework costs a bit more when compared to the hybrid framework such as React Native.
There are a number of most popular programming languages available and it also affects the cost of the android app development. For example, react native mobile will charge less than the native app.

Authentication and Authorization of Users

You may have come across some apps that don’t need you to login using Facebook or Google account. Building such apps will be cost effective but if you want an app that requires users to login, then mobile app development cost will take a hike.

There are so many parameters that have to be considered when an app with user access must be developed.

These apps are called enterprise applications and they require secured access as well as integration into the company’s LDAP. This procedure requires a lot of efforts and cooperation between the enterprise development team and app development team. Both teams have to work together in order to develop the best application with an intuitive user interface.

The integration plays a huge role hence the app development cost also increases if you need the authentication and authorization features in your app.

There are some apps that need a payment gateway, and this gateway cost will increase the overall app development cost. The payment gateway needs special security so that it won’t fall prey to the hackers or any kind of malware and hence it costs more than the usual.

Apps are incomplete without the presence of a backend that hosts data and content related to the app. Every app project requires an element of engineering work which will help the app in communicating with the backend. They can use an API built on a cloud-based server like Azure or AWS. In between, it has a middleware layer which abstracts enterprise legacy data into a particular structure and makes it accessible for the app.
The variables involved in backend play a major role while deciding on android app development costs. APIs are mandatory for every app and if they are not completely ready to be scaled for future use, it may result in a rapid increase in the cost of the app. A classic mistake that most of the developers make is designing both APIs and apps at the same time.

This often results in blockage of the app as it needs the data from API to be built further. For this reason, it is a good idea to build the API first and then get to the app development.

The apps usually have a series of different features that come from different sources. If the app needs features like UI, social media analytics, location, etc., the price will be increased.
It is better to minimize external integration so that you can save on costs.

Animations play a big role in app interfaces. Additional animations that you give will increase the cost of the app development.
The UX/UI interface of an app is very important in determining the cost of the app. If you want a highly intuitive app, then the cost of it will be more than what you have actually expected.

The need for a developer doesn’t end with the app development. An app must be maintained, and constant updates should be pushed to users from time to time. Without these updates, the app will face issues. Any bugs that are present in the app can be rectified with constant updates. Maintenance and support for the apps play a crucial role in Android app development cost.
Disclosure: I am Mrudul Shah, CTO of Technostacks Infotech, a mobile app development company in India & USA. I help my entire development team and global clients to access new technologies, interests in learning and sharing IT technology news trends.