Coding vs Scripting: What Are The Differences? You’ve probably seen somewhere someone saying coding vs scripting. When I first saw that, I thought that those two are the same things, but the more I learned I found out that there are some main differences between those two. So, what are those differences?

Coding vs scripting is a long debate that’s relatively hard to answer. The main differences are that coding lets you create a particular program, where scripting lets you control a program that you or somebody else had created with code. Let’s take a lot at that a little bit more.

Here I’ll explain coding and scripting a little more into the detail. I’ll show the examples of both and at the end tell you what you should pick for your goals.

First, what is coding?

Coding is a skill that allows us to create all kinds of computer software, mobile apps, and websites for scratch.

The way you create these apps is that you, first choose a code editor. That’s a computer program that allows you to turn the code that you write into the working app.

Secondly, you need to write your app. That can be as simple as the app that says “Hello World” or as complex as apps like Google or Facebook. The way you create that app is by solving problems, researching, and just getting stuck.

There is also a lot of creative work and design involved in making an app. Someone needs to think about how that app is going to work and look, that person is called a designer. And there is a person that implements the features that the designer designed, that person is a coder. That’s in an ideal scenario, but in the small companies of if you are a freelancer, you’ll need to be both a designer and coder, which may be hard if you are not that good at design.

Each of these is its separate category. Of course, like in sports, there are similarities between them.

Now Let’s take a look at scripting, what is it?

Scripting is a type of coding that allows you to make a program do something.

With coding, you make a program that is static, which means it doesn’t have many things that are changing. For example, you made a website that just displays some images and text, that website is static, there is nothing that’s changing on that website.

On the other hand, you use some scripting knowledge and make images and text on that website move around. Now that website isn’t static anymore, it’s dynamic, there are things that are changing on that website.

So, scripting basically means adding functionalities to a certain program.

For example, you want to make an app that gives a user a notification every morning about the weather for that day. You can “try” to get the weather by yourself or you can just use some weather API. Seem useful to me. Note that because APIs are that usefully and relatively easy to use, you often need to pay for the good ones.

One more thing that you can do by scripting is automation. For example, you can make a script that automatically empties a recycling bin on your computer. Or a script that sends an automatic text message to every person you’ve missed the call from.

Differences between Coding and Scripting

So, coding vs scripting, what are the differences?

The only way you can do only one of those two things is that if you are a freelancer who does only scripting. There’re a lot of people that want to automate some boring task, but don’t know how to do it, that’s where you come in.

You can create these little scripts for people and make a good amount of money. It won’t be easy, but it’s doable.

The key thing that you need to know is that coding scripting is very very similar, and you don’t need to think much about them if you just want to be a regular coder. In your job, you’ll probably do both coding and scripting and probably a bit of design too. That’s just how things work in the real world.

So, here I’ll give you my list of a few programming languages that are best suited for both coding and scripting.

The first on the list is Python. It’s a general-purpose programming language with many real-world applications like web development, mobile development, AI, game development. It’s relatively easy to learn for beginners because it’s very similar to English. To put more in the perspective of what you can really do with Python, here are a couple of examples of real apps and companies that use Python on for their projects: Google, YouTube, DropBox, Spotify, Instagram.

So, by learning Python, you’ll have a chance of getting a job in every one of these companies and also in the other ones that I didn’t mention. But learning Python on your own can be a little bit hard, and especially for beginners, so buying some courses is a good idea if you have money to spare. The course that I would recommend is this one. It’ll teach you all you need to know about Python and most importantly how to create real-world apps with it. The second language on this list is JavaScript. It’s a language that runs in web browsers like Google Chrome, Mozilla Firefox, Microsoft Edge, etc. It can be used to do a lot of different tasks, but it’s mostly used for web development and mobile development. To make it more clear what you can do with JavaScript, here are some apps built with it: Uber, LinkedIn, Netflix, Candy Crush.

JavaScript is a great choice for anyone who wants to do any kind of coding or scripting for the mobile apps and also websites. It’s also one of the easiest programming languages to learn for beginners.

So, if you like the benefits that JavaScript offers, you can check this programming course that I would recommend to you if you have some money to spare. 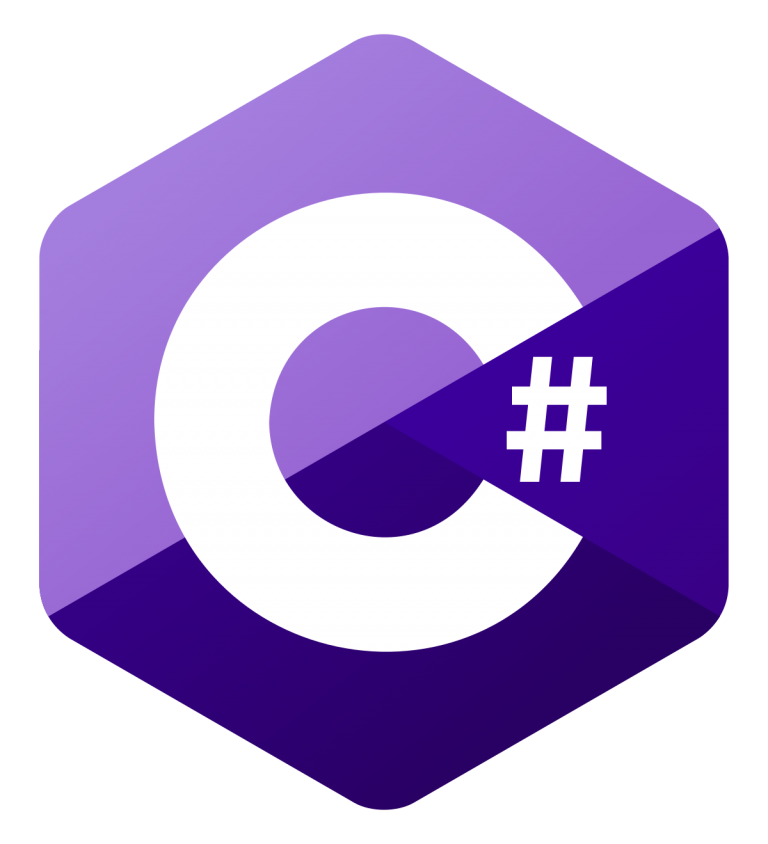 The last programming language on this list is C# (pronounced C sharp). It’s one of the little more complicated languages from this list, but it has its benefits. It’s mainly used for either making computer games or other programs that require a lot of computer power. It can be also used for web development and mobile development. But that’s just theory, here are some real-world apps built with C#: Unity (engine for creating games), Photoshop, Microsoft Edge, Fortnite, and basically any other game or program that is available on Windows operating system.

If you think that you benefit from C#, you can check this course which I would recommend anyone starting out. It’ll teach you all you need to know about C# and how to use it to create real world projects.

Which Programming Language is For You

Now it may seem hard to choose one of these 3 languages. There are only two things you need to do. You need to identify your goals and you need to choose a language accordingly.

Although these above-mentioned languages can be used for almost anything, they have the fields where they perform the best. Python is the best for automating tasks, and creating small programs that don’t require much computer power. JavaScript is the best for creating all kinds of websites or mobile apps. And C# is mainly used for computer games and programs like Fortnite and Photoshop.

I hope that this makes clear to you that both coding and scripting are very similar things. And you don’t need to stress yourself much about which one are you doing or should be doing. You just need to get good coding with a programming language of your choice and you’ll know both of those.

So, now when you know what is what, go and pick a programming language for the list above and try to master it. Try to become the best programmer with that specific language and doors will always be open for you.

What do you think about coding vs scripting? Which one you do or will do?