Capitalizing on the Digital Attention Economy: The Brave Browser 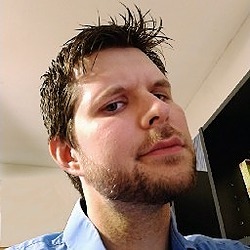 “…in an information-rich world, the wealth of information means a dearth of something else: …the attention of its recipients.” (Herbert A. Simon, Professor Carnegie Mellon University, 1971)

There’s a new, better way to browse the internet: the Brave Browser.

The Brave Browser operates on a principle I’m calling the Digital Attention Economy. As Professor Simon pointed out in 1971, the world is flooded with information, but human attention is a finite resource. Capitalizing on that resource has been every corporation’s objective, and we’re all familiar with the advertisement deluge that ensues. It’s overwhelming. Now, there’s a better way.

If you haven’t downloaded Brave already, I encourage you to give it a spin. I’ve got four basic reasons you should be using it— oh, and you can make some money, so that’s incentive, too.

Brave is fast. Like really fast. According to the company website, Brave browses the web up to 8 times faster than Chrome or Safari. And that’s not just company propaganda. I can vouch for that speed from personal experience.

My journey to Brave began in 2017 when I first tangled with DNS hijacking. Specifically, I ran into a phishing scam in which I was redirected from Amazon to a fake web page asking for my user name and password.

If you needed to pinpoint the exact moment I became paranoid of the manipulative power of the Internet, that was probably it.

In response to the DNS hijacking, I downloaded new firmware for my router, changed my DNS servers, restricted network access to particular MAC addresses, and tried out a bevy of new browsers: Chrome, Firefox, Opera, Comodo. I think there were a few more lost in the wash.

I didn’t run into the DNS hijacking again (because of my scorched earth measures, I’m sure), but I discovered another problem common to all the other browsers: they were clunky as hell.

Over time, they all got bogged down, ate up my system resources, and slowed to a crawl. The only fix was to close out all my tabs or close the program or sometimes even restart the computer. (At times, I seriously considered chucking the whole system out the window.) No exaggeration: I couldn’t keep more than five tabs open at a time.

Now, I made some other changes to Windows (which helped tremendously), and I installed more RAM, but those other browsers were more than happy to keep eating up my RAM and to even tax my CPU to 97% capacity.

I’d had it. I dug into more browser options until finally, I found the solution: Brave.

Brave has never given me any of those issues. As I write this, I have 20+ tabs open — not to mention Word, PowerPoint, Paint, and Music Bee. How much RAM is Brave taking up? About 10%. Processing power? Between 0.5% and 1.8%.

Seriously, this browser is zippy and light on the resources. I love it! Speed alone is a good enough reason to download this product.

For users, this equals a familiar browsing experience. You won’t get thrown into some weird territory where all the page min-max tools are suddenly in the top-left corner or anything (sorry, Safari users!). Nothing will surprise you. Easy transition. Love it!

Here we get into the fun stuff. Besides being the hands-down best browsing experience I’ve had since Google Chrome launched in 2008 (before it got all bloated), the Brave browser takes your privacy seriously.

You decide whether you keep the shields up for each site, whether you allow autoplay, if 3rd-party cookies get blocked, if scripts can run, etc., etc. If you want a rundown of all the ad-blocking features and Brave’s commitment to privacy through its native Tor connectivity, check out Kenny Li’s take on the browser.

An added benefit to blocking all those ads is you save time. See how many ads (and how much loading time) Brave has saved me in the last month alone:

Cut Out the Middlemen: Monetize Your Browsing

It’s no secret that companies like Facebook and Google run on ad revenue. They’re thrilled to suck up all of your time and attention for the money. Where it gets nefarious is the ways in which they track literally everything you do online to steal and monetize your habits and private data.

Heck, they even track what you do in the real world. I’ve had conversations with coworkers who wanted me to go watch some obscure comedian’s new show only to go home and then have this comedian’s pop-up ads or Youtube videos suggested to me. My best guess, based on that and other experiences, is my phone’s mic picked up the conversation. For example, I once had a sweeping phone conversation with a friend about stoicism, Michel Foucault, and a philosophy of systems of thought. When I fired up the Roku later, Youtube was pushing videos on stoicism, Foucault, and some sort of hamster stuck in a closed system (a funny AI interpretation, but all in all, mildly terrifying).

Now, if you’re not worried about Google tracking all your data, you should at least be upset someone else is monetizing that which rightfully ought to be yours. Your attention may as well be your labor in 2019. Well, Brave has you covered.

Over at Geek on record’s blog, you can read up on Brave’s innovative use of its own Ethereum-based (ERC20) Basic Attention Token (BAT). Later this year, the program is set to launch in full force. The gist of it is that users can voluntarily watch ads to receive BAT, and BAT can be pretty easily exchanged into its monetary value (think like a gift card).

In fact, since Brave recently launched a partnership with the TAP Network, you actually can turn BAT into gift cards for places like Amazon, Starbucks, or Uber. You can even donate the funds to charities like Habitat for Humanity or the Red Cross.

Another option is to tip your favorite content creators directly. No more stupid ads you didn’t sign up for. Now, you can control if and when you view ads, and you can support the websites you visit. Brave even has features to simply automate the tipping process based on the percentage of time you spent browsing a given website.

And, by the way, lots of content creators have signed on. By Maxence Cornet’s October 2018 count, 27k publishers have signed up. Oh, and the user base of the browser is already at about 5 million and growing.

Do yourself a favor and download Brave right now.

It’s fast, lightweight, and privacy-focused. It puts you in control of your personal data and lets you decide how you’d like to monetize that data, rather than sitting idly by as the likes of Facebook and Google exploit your time and energy to make millions off of you.

Predictive Analytics and You: Stagnation by Design