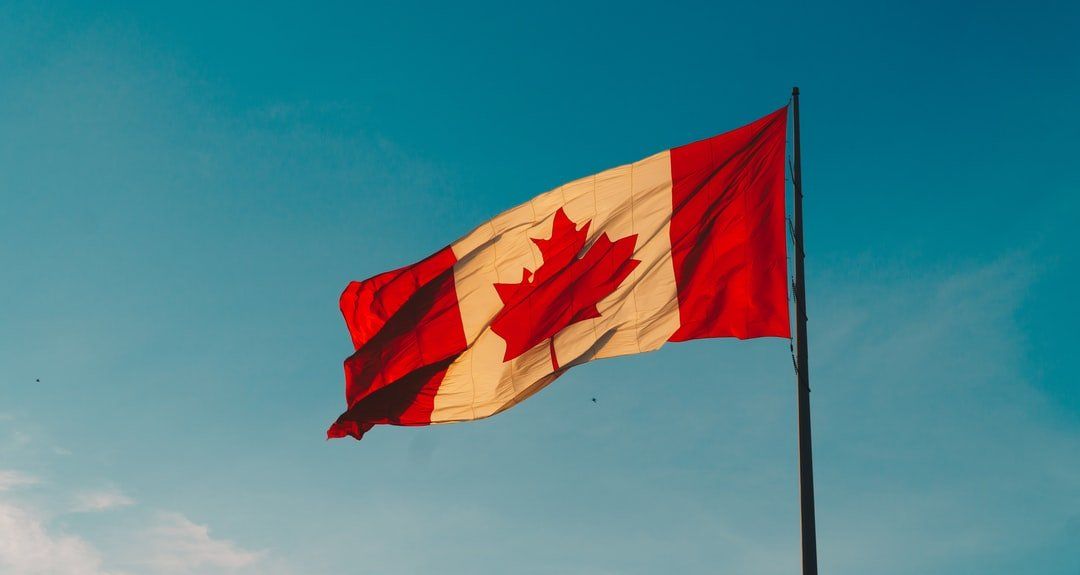 Few months ago Canada's Federal Court issued the country's first pirate 'site' blocking order. The order was requested by Bell, Rogers, and Groupe TVA, who recently asked the court to amend the order to ban additional domains that provide access the pirate IPTV service GoldTV. This request was granted. Despite attempts from the rightsholders to keep the update quiet, the new domains have been revealed as well. 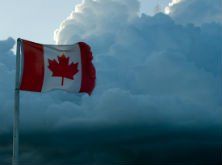 Following a complaint from major media companies Rogers, Bell and TVA, the Court ordered several major ISPs to block access to domains and IP-addresses of the pirate IPTV service GoldTV.

A few days after the order was issued the first blockades were active. These prevented GoldTV customers from accessing the IPTV portal directly, as intended, but it didn’t take long before several alternative domains popped up.

These new domains are managed by GoldTV or its resellers and point to the access portal, allowing subscribers an unblocked route to access the IPTV service.

This wasn’t entirely unexpected. While IPTV blockades are relatively rare, we have seen similar ‘proxy’ workarounds in the past when traditional pirate sites were blocked in other counties. Having learned from this experience, the Canadian court order specifically allowed Bell and the other companies to expand the blocklist.

Specifically, they can amend the original blocklist with any “domain, subdomain or IP address that has as its sole or predominant purpose to
enable or facilitate access to the Target Websites,” provided that the IP-address is “not associated with any other active domain.”

Such an update was requested early last month and two weeks later the Canadian Federal Court approved it. An overview of the new blocking
requirements was published this week by Andy Kaplan-Myrth, TekSavvy’s
vice-president of regulatory affairs.

This shows that, after some IP-addresses and a domain name were previously removed, several new ones were added with the latest order. 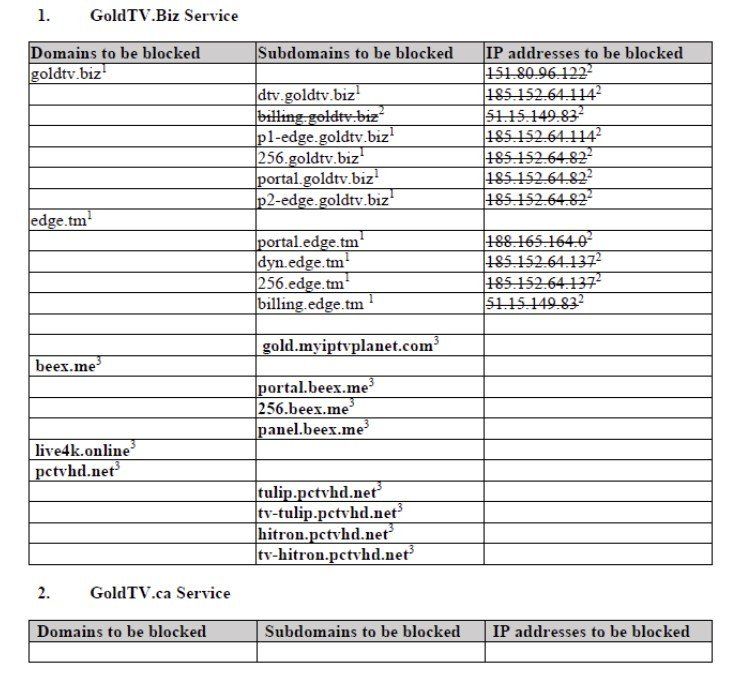 The newly added addresses include gold.myiptvplanet.com, live4k.online, and several pctvhd.net and beex.me subdomains. When we checked these, all indeed redirected to the GoldTV access portal. According to reports we received, the new domains have been added to the blocklist of several Canadian ISPs, as expected.

Avvidavids reveal that the new domains were tracked down by posing as a customer or reseller of the GoldTV service.

Interestingly, the rightsholders asked to keep the names of the new domains secret until the order was granted. The Wire Report notes that they sent a letter (pdf) to the ISP asking them to “refrain from publicizing” the new domains until the Court made a decision.

Keeping possible updates out of the public eye is in the interest of the copyright holders, as it prevents GoldTV from anticipating new blocks. However, it raises concerns among some legal experts who believe that information in a public case should be out in the open. If not, that should be up to a court to decide.

That said, the Canadian procedure is much more transparent than in other countries such as the UK, where new blocklist updates aren’t published at all, making it impossible for the public to check for potential overblocking.

While the expanded blocks are certainly frustrating for GoldTV customers, there will likely be new domains to replace them, continuing the whack-a-mole. The downside for the copyright holders is that there’s a significant delay in the process.

Bell and the others first have to file for an amended order, which then has to be approved by the court. After that, it can take up to two weeks before ISPs implement the blockade. This whole process can take more than a month. In this timeframe, new domain names may have already been put into use.

While website blocks are far from perfect, the continued frustration of switching to new domains may be enough for some pirates to throw in the towel. Or they may switch to more permanent circumvention alternatives, such as VPNs.

Meanwhile, the bigger blocking battle continues as well. Internet provider TekSavvy has appealed the blocking order and hopes to have it overturned. It clearly violates network neutrality and undermines the open Internet, the ISP previously said.