In a recent post for Crypto Digest News, Filip Poutintsev, who describes himself as “a cryptocurrency and life-extension advocate”, poses a good question:

“What is the next big thing in crypto world?”

Mr. Pountintsev offers us a brief history of previous cryptocurrency event cycles, those being cryptocurrency mining (2009–2013), buy and hold / network propagation (2010–2017), altcoins (2010–2017), and Initial Coin Offerings (2017–2018). It may be worth noting that in Mr. Pountintsev’s version of events, the latter four do not have specific end dates, which I have appended for the purpose of clarification here in the specific context of this post.

Mr. Pountintsev’s summary offers us quite an interesting context in which to paint the rather unique S-curve picture that makes up the crypto innovation cycle. Specifically, we cover a decade-long period wherein there are implicitly two technological applications present (cryptocurrency mining and token manufacturing in the case of ICOs), one categoric generality (altcoins), and two use cases for cryptos: buy and hold/network propagation and ICOs/crowdfunding.

If we tabulate these together and use the same paradigm to offer us a forecast of the next decade of cryptocurrency evolution we end up with some of the answer to the initial question.

In terms of new technological applications, one coming at the first half of this next decade and the the other coming at the back half the next decade, we are probably looking at an increasing amount of decentralised applications functioning via blockchain/token-related technologies, as is indeed the case now with services such as Bancor. Following that, in the subsequent 5 years of the decade, more than likely these dAPPs are going to need a fair amount of crosschain integrations, and so crosschains might be our forecast application here. Therefore, in place of cryptocurrencies we might put dAPPs and in place of tokens we might put crosschains.

In terms of categoric generalities, almost universally it is forecast that security tokens are the measure by which we are to judge the futuristic yardstick growth of cryptos.

Finally, we arrive at use-cases. This is a much harder one to forecast as there is no concrete evolution in the same way that there is for engineering trends. But it’s a fair bet that if security tokens become all the rage that we will see extraordinary leaps in crowd-based securitisations. Ultimately this trend, combined with a measure of increased crosschain functionality, will provide certain financing innovations between securitised and non-securitised payment applications which results in a sort of new evolution of financing altogether. This is an entirely new concept paradigm altogether, almost comparable to crowdfunding itself in a way (which is not coincidentally the bedrock of ICOs). This new paradigm will involve things such as mega corporations issuing payment tokens that constitute part of an integrated sphere of crosschain networks that can be used as methods of payment for purchase of upcoming product releases and as dividend delivery mechanisms for product research and development investors/consumers. It might also include the tokenisation of data and information, so that the music or the news you consume is both obtainable and re-tradeable (sellable) on such a network. Seismic disruptions in mainstream industry at this point are to be expected, much more magnified in power than the one ICOs brought with it.

For instance, before a company even gets round to initiating R&D for an innovation, it might pre-sell the entire innovation’s first cycle product release via blockchain applications and book what amount to real-cashflow mark-to-market accounting profits. News and academic archives will be full of individual tokenised packages of data (information) which will be categorically segmented across an array of crosschains which then can be bought and re-sold, making learning and even consumption itself profitable by definition.

Thus, we can expect to see securitisation issuances evolve on Blockchain first, alongside and with the help of dAPPs, for the coming half-decade, after which we will begin to see mega-financing cross-chain, multi-faceted Blockchain purchase and sales trends evolve and become useable in everyday contexts. It’s that last fifth of the next decade then when you get the multinational corporations taking part in Blockchain evolution and the route to eternal profitability setting in. What is so interesting about this answer, is that it is at such a point that we have realised the true innovative potential of Blockchain on a mass-scale.

That point of evolution is definable in one very simple expression: the Internet of Things (IoT). It is then none other than [the internet of] “things” that is the next “big thing” on blockchain. These “things” will amount to innovation in such numerous quantity as to completely upend the world in which we live altogether, making many things we consider quite impossible in the present ultimately perfectly achievable within relatively short spaces of time. In which case, Mr. Pountintsev’s life extension advocacy might indeed become practicable rather sooner than even he expects.

Monetization Models, Use Cases, and Business Opportunities of IoT S... 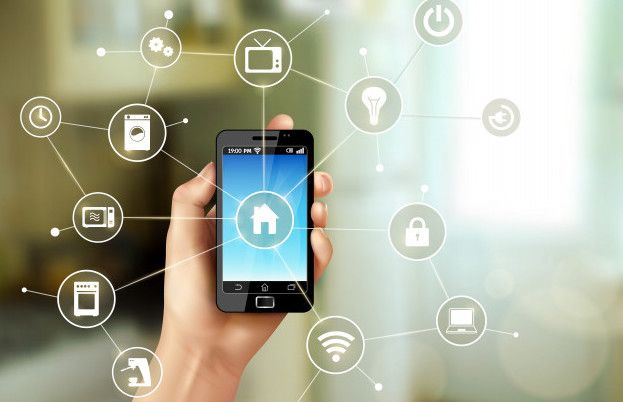