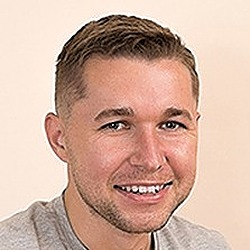 Every year hundreds of billions of dollars are transferred internationally by businesses and individuals who have emigrated from their home countries and cross-border money transfers are likely to experience double-digit annual growth rates over the next few years.

Remittances reached a record high in 2018, according to the World  Bank. In a press release published in August 2019, the Bank said officially recorded annual remittance flows to low-and middle-income countries had grown to $529 billion during the year, a 9.6% increase on the previous record high of $483 billion in 2017. Meanwhile, total global remittances, which include flows to high-income countries, climbed to $689 billion from $633 billion in 2017.
The World Bank found that banks were the most expensive remittance channels, charging an average fee of 11% in the first quarter of 2019. Post offices were the next most expensive, costing more than 7%.
In its Global Payments Report 2019, consulting firm KPMG estimated the size of business-to-business (B2B) cross-border payments to be as much as $15.5 trillion during 2018, a 5%-plus growth on the previous year. It calculated that revenues received from global payments amounted to $1.9 trillion in 2018 and were 6% higher than the past year.
These statistics indicate the immense size of the international payments industry and the impact it has on individuals, businesses and the broader economy of the countries to which payments are made.  The World Bank predicts that remittances are on track to become the largest source of external financing in developing countries and, as such, have a profound influence on the potential growth of these countries.

United Nations has set a 2030 Sustainable Development Goals' target to reduce the transaction costs of migrant remittances to less than 3% from their current estimated average 7.1%.

However, until now, remittances to family members back home and B2B international payments have been at a great personal and economic cost. Fees on international bank transfers have been so onerous that the United Nations has set a 2030 Sustainable Development Goals' target to reduce the transaction costs of migrant remittances to less than 3% from their current estimated average 7.1%.
Fees are high because several players are involved in the international payments process: the source bank, the central bank, correspondent banks and, finally, the destination bank. Each bank along the way charges a fee for their service.
The time it takes to get the money from the source to the destination is also lengthy. Transactions take up to a week before the money ends up in the hands of the recipient.
Another key obstacle to the payment of remittances via formal banking channels is that the recipient needs to have a banking account to receive the payment. The unfortunate reality is that the vast majority of people receiving the money do not have bank accounts. Even if they do, many live in rural areas and have to travel long distances to get to the nearest bank branch to collect their money.  As a result, many remittances are made using informal channels.

However, with the advent of mobile wallets powered by blockchain technology, the way international payments are made is set to change completely. Mobile wallets are installed on mobile phones and offer a variety of functionalities, including the ability to transfer money internationally. Blockchain is how this happens.
Why are the payments processed using blockchain? Blockchain is the most efficient, transparent and secure way to facilitate international payments because it is based on distributed ledger technology (DLT). According to Get Elastic, a media platform focused on commerce trends, emerging technologies and digital insights for practitioners and developers, blockchain transactions are distributed, with records verified by a network of computers versus by one party or bank, and visible to all parties versus held in a central database.
In an article that details how blockchain for B2B payments
works, transactions that take place on DLT are immutable once
recorded and cannot be altered, reversed or tampered with, which makes the payment process highly secure.
Author Linda Bustos explains the payment process in a nutshell: “When a buyer or seller submits payment information to the chain, a digital “block” is created and distributed to the network. Multiple computers compete to unscramble the block, and the first to successfully do so shares it with the network for verification. Verification includes confirming funds are available, sender and receiver are reputable, and the request is legitimate. Once verified, the transaction is authorized and posted to the ledger and designated parties are updated in real time.”
Once associated only with cryptocurrencies, the blockchain technology is
increasingly becoming accepted by regulators and the financial sector more broadly as a valuable means of processing financial transactions. For instance, blockchain business-to-business payments, which rose to $171 billion in 2019, according to Juniper Research, are predicted to exceed $4.4 trillion by 2024.
The key benefits for individuals and businesses making cross-border payments on blockchain-powered mobile wallets are that costs will come down substantially, and the payment will happen far quicker than conventional bank international payments or money transfers.
Blockchain removes multiple intermediaries that participate in traditional cross-border money transfers. Money is transferred directly via blockchain from Bank A to Bank B, eliminating the need to go through two other correspondent banks and reducing the time and cost of the transaction. The cost savings a customer can make by using blockchain-based cross-border payment solutions are substantial.

Remittance tokens can also be incorporated into the transaction flow. This enables the sender of the money to buy remittance tokens, removing cash from the transaction and giving the sender the control and visibility over how the value is spent.
These tokens can be denominated in different amounts and currencies and used during money transfers on a mobile wallet. Fulfilment is transparent and takes place in real time.
The entire money transfer process becomes considerably more convenient and less administratively intensive. Given that payments are made from mobile wallet to mobile wallet, the recipient does not need a bank account. Blockchain also simplifies the Know You Client regulatory requirements by storing the client’s details once on the blockchain where the information can be stored, retrieved and accessed whenever needed and eliminating duplication.
There are a number of innovative companies who are participating in the evolution of blockchain-enabled remittance payments industry. We explore the offerings of four of these below:
Everex is a Singapore-registered global blockchain financial technology company, that enables peer- to-peer transfers using Ethereum-based tokens called Stablecoins. The company says its solution allows transaction settlements to take place 25x faster than traditional international money transfers at virtually zero cost.
MOIN, Inc  was nominated as a Fintech100: Leading Global fintech innovator by KPMG and H2 Ventures in 2019. It was established in March 2016 and provides fast and convenient money transfers at an affordable price. Through its technology, it claims to provide a services that is 90% cheaper and faster than the banks. It offers money transfers between Japan, China, United States, Singapore, Australia and United Kingdom and is expanding into Southeast Asia and Europe.
SureRemit is a non-cash remittance service provider that provides allows customers to make cross-border remittance payments simply, safely and securely. Fees range from 0% to 2% and it has a 1000-plus merchant network that allows customers to send voucher to their family around the world. SureRemit utilises blockchain and the Remit Token to facilitate these global remittances.
InstaReM is a digital cross border payments company that allows consumers, small- to medium-sized companies to make international money transfers at low costs. It was founded in 2014 in Singapore and has been rated by the World Bank remittance site  as a number one cost-effective money transfer provider from Australia and Singapore to multiple countries. Its fees differ from countries and corridors of transfers with typical fees varying between 0.25% to 1%.
Velmie is a provider of mobile wallet technology solutions. In January 2020, it launched its blockchain-powered remittance platform aiming to serve both retail and business customers. The payment solution enables quicker cross-border transactions at a fraction of the cost of other international money transfer options.

How To Improve Banking App Security With GPS Data