Blockchain: A New Solution for the Media and Entertainment Industry 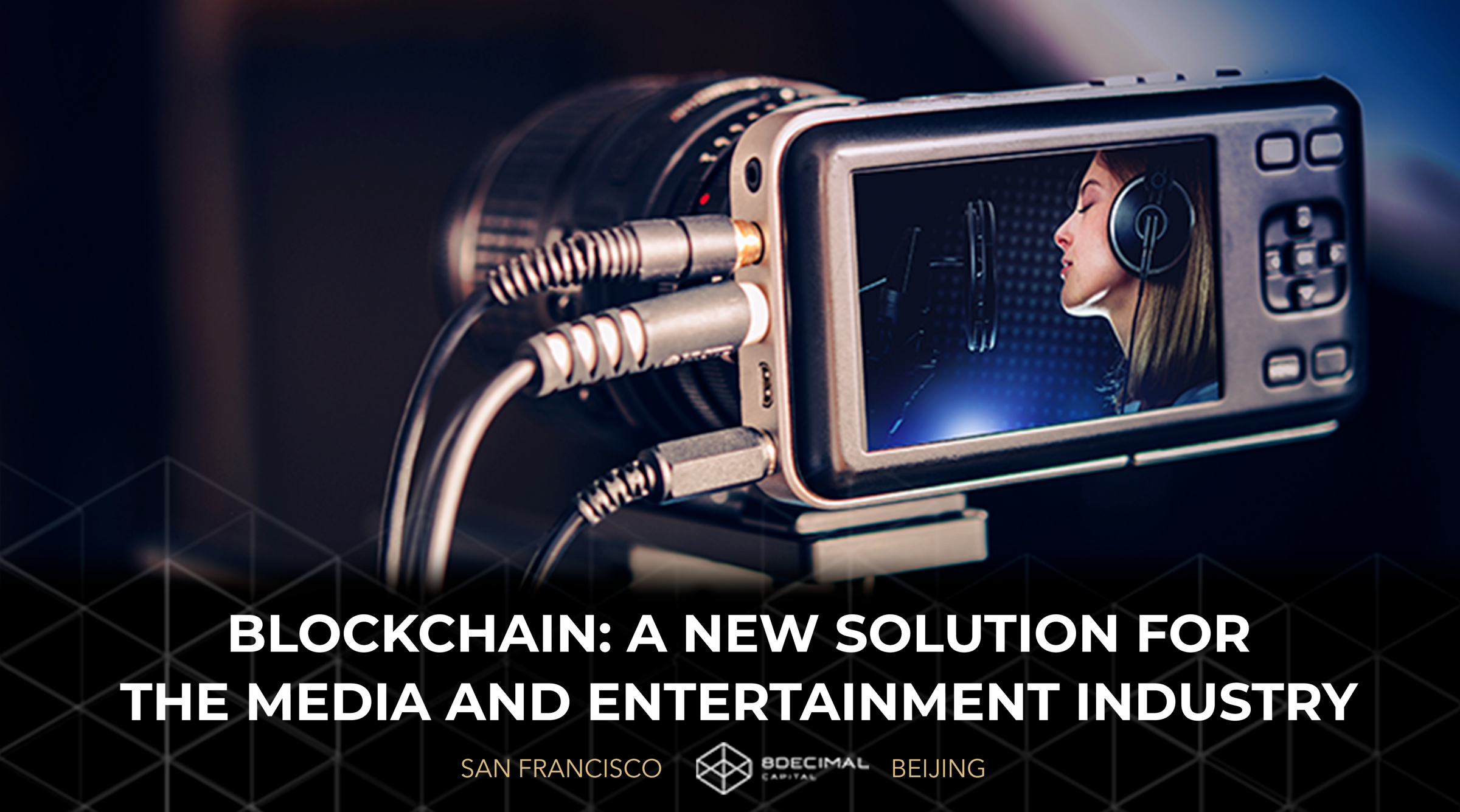 Blockchain, the emerging technology that has drawn attention globally, retains many attractive benefits for the media and entertainment industry. Although certain difficulties exist in terms of full adoption for the technology, there is no doubt that blockchain has a high potential of changing the way the industry currently functions. With the numerous applications of blockchain technology, a series of problems have emerged such as the gatekeeper problem, a lack of protection of intellectual property, and a flaw in tangible goods management. These issues can be solved by effectively changing the business models in the media and entertainment industry.

While talking about the entertainment industry, people generally picture large distribution companies and studios who control and allocate resources in the industry — the gatekeepers. As the intermediaries between artists and audiences, these gatekeepers are centralized organizations who allow flourishing content onto their platform. However, these gatekeepers would most likely promote the content that favors in individual interests. Although participating in the media and entertainment industry is easier due to platforms such as YouTube, the uneven distribution of content and unfair compensation for artists are still major disadvantages within the industry.

With the implementation of blockchain technology, the method of communication in the industry would become decentralized. Under this system, artists and their audiences would then be able to interact directly without the aforementioned intermediaries. Through bypassing the distribution channels, a large share of revenue could be collected directly by the artists, which would greatly improve the payback for content contributors and creators. On the other hand, artists would be able to take advantage of smart contracts to enforce license terms and distribute payments more effectively. Micropayments using stable cryptocurrencies can be used by the content consumers without having to worry about expensive transaction fees or exchange rate fluctuation.

In the blockchain music streaming industry, the Ujo (Ujo Team) music platform was famous for collaborating with Grammy winner Imogen Heap, who then became the first person to release a music piece on the Ethereum blockchain. Ujo aims to be a one-stop shop for artists who are seeking channels and pathways for independent music distribution. They provide absolute freedom for artists to decide their ways of receiving payment (including revenues from downloads, streams, and remixes), while automating royalty payments using cryptocurrencies and smart contracts. Other than Ujo, there has been a growing number of platforms with similar functions such as Opus Foundation, Stem, and Yours.

Since blockchain would be able to keep a record of all transactions of a particular asset, authorized viewers can transparently track all the relative activities such as usage of content, transfer of ownership, and smart contracts associated with the content. Content creators could manage the list of authorized viewers in favor of their own needs without being affected by the rules of a third-party. The accuracy and sustainability of the system would be ensured by the time-stamping feature of blockchain and the decentralized digital ledger, which prevents any tampering of the process.

Two years ago, Spotify acquired a Brooklyn-based blockchain startup called Mediachain Labs, who has developed a decentralized database of media and information as well as an attribution engine for content creators and a cryptocurrency for rewarding creations. Years ago, Spotify failed to meet the requirements for mechanical license published by National Music Publishers Association (NMPA), which presents copyright owners’ control over the ability of music reproductions. Thus, they were seeking solutions for their problems with attribution. Mediachain is able to build a shared decentralized database that can empower content creators and intellectual property owners and offer them a more sustainable model for online publishing.

Another platform called Monegraph has also implemented a blockchain-based system to provide a series of services such as licensing, payment processing, media handling, and distribution of work for artists, photographers, designers, and other media makers. With Monegraph, buying and selling licensed digital media can be done under the complete control of the artist. They can set the terms, rights, and prices without any interference. It also streamlines the communication between rights owners, publishers, and fans.

The difficulties of authenticating the authorization of entertainment-related products even pains the most famous artists. With countless pirated goods in the market and a large number of people who choose to purchase concert tickets from ticket scalpers or secondary ticket websites, disturbing the market order. For example, the event ticketing industry has struggled with unethical profiteering on secondary websites — some of this activity is even done by the primary ticket company so to generate higher revenues.

Blockchain provides a solution for identifying the authenticity of commodities. While providing irreversible records of transactions in the digital world, blockchain technology can similarly apply to tangible good production by offering a unique identity to each product through NFC chip, QR code, or RFID tag. By using these tags, manufacturers are able to link real-world production to the digital world and track the life cycle of products. The advantage of applying this technology is that every step in the progress would be honestly recorded, which means an authorized production cannot be duplicated.

According to London Police’s National Fraud Intelligence Bureau, around $22 million in losses was associated with ticket fraud over the past three years. In response to the issue, an Edinburgh-based event ticketing platform applying blockchain technology, Citizen Ticket, was founded by Harry Boisseau and Philip Shaw-Stewart. Both of them had been working in the industry for over ten years. Recently, they launched BitTicket, which was known as the first digital event tickets on the blockchain for public events using Ethereum Classic. Aiming to keep the value of tickets constant, BitTicket guarantees every ticket sold is publicly and transparently verifiable on the blockchain. The platform also built an anti-fraud system that when a secondary website tries to break the regular selling rules, the account would freeze and the tickets would become invalid.

Even though blockchain has generated some hype, how the technology can be implemented for mass adoption in the entertainment industry is still under discussion. Regulations and standards need to be set up to maximize the value that blockchain can create. The process of implementing new technology is expensive and time-consuming.

As a contract-based space, the media and entertainment industry is a land filled with fertile soil for the development of blockchain technology, which has great potential to increase profits for content contributors. It’s crucial for the media and entertainment industry’s companies to evaluate the use of blockchain and make a strategic decision on how to take advantage of this technology.

Email: contact@8dcapital.com if you have any more questions about this topic.

8 DECIMAL CAPITAL is a multi-strategy investment firm focusing on token and equity investments. 8 Decimal currently has more than 40 portfolio companies with an AUM of 60M USD. The investment team consists of more than 10 venture capital veterans, researchers, and trading professionals. The advisory board comprises Fan Zhang (Former Founding Partner of Sequoia Capital China), Karen Chen (Former CEO of UBS China) and Ben Bartlett (Vice Mayor of Berkeley). Based on the professional fund index ranking agency Token Metrics, 8 Decimal was ranked second out of the 51 active crypto funds. 8 Decimal is also well-received in China, named one of the top 10 funds in the blockchain industry by both 36氪（36Kr.com）, Chain Capture , and Odaily, as well as named one of the top 20 funds by Tsinghua X-Lab and Youth Education Chain League.