Be Dangerous! For The Dreamers of the Day are Dangerous Men 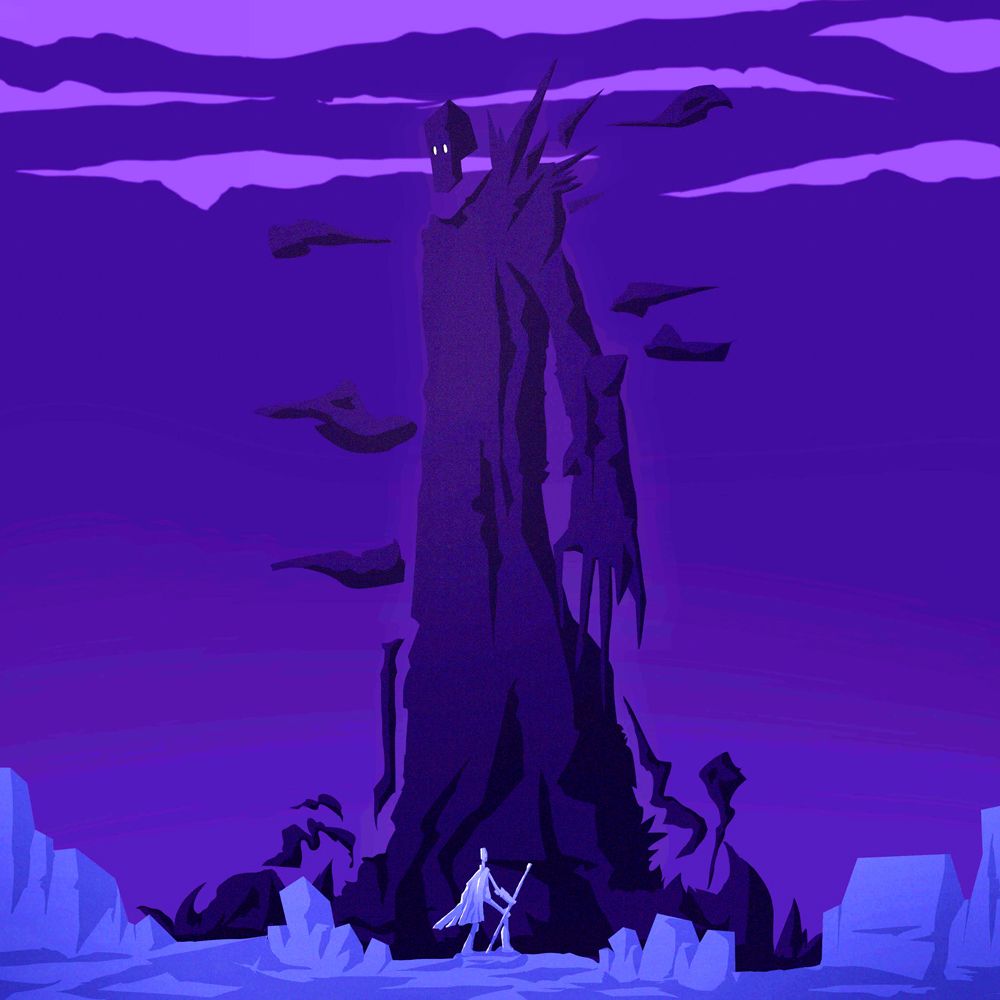 In Frank Herbert’s 1965 science fiction novel Dune, we follow the story of the fall and rise of the aristocratic Atreides family circa 22,000 CE. The principal character, the marquee of the family, Paul Atreides, goes on a unique hero’s journey of guerilla warfare and political maneuvering, with both cosmological and philosophical repercussions. Without giving too much away, a central plot in the novel is Paul discovering his own telos, “the full potential or inherent purpose” of himself, within his mind and his broader destiny. This mystery surrounding Paul’s purpose creates an underground current through most of the novel. And when the current bursts to the surface, the reader is only left to pondering a hypothetical divine mystery. Is the reader witnessing a transfiguration (see Mark 9:1–10) or a revelation (See Revelation 21:1), as this archetypical desert warlord develops into an enlightened desert mystic? Is Paul a mix tape of Moses meets T. E. Lawrence? Or is he experiencing the slow mental descent of an asylum-bound messiah?

As the story progresses, we learn of the setting and namesake of Dune: the planet Arrakis. Within it’s sandy soil lies an enigmatic mineral, known as “spice.” This is a “fuel” used to fold space-time, allowing the futuristic spaceships of Dune to travel anywhere in the universe — all in the blink of an eye. Naturally, in the futuristic economy, the spice has earned the station once only afforded to oil, the very thing a country needs to win wars. Just like in the real scheme of when American Leadership ordered the invasion of Iraq, thus securing the worlds’ oil markets. In close comparison, Paul even remarks in the novel, “He who controls the spice, controls the universe.”

In an early twist of fate in the story, a rival Baron from the House Harkonnen attacks Paul’s forces. In the ensuing battle, they decimate the House Atreides, both in manpower and defense. Paul flees to the desert wilderness, only to find-and later to lead-a unique and mysterious indigenous population, the Freman. And much like T. E. Lawrence, Paul gathers all the tribes of Arrakis to lead an insurgency against the Baron, now in total control of Arrakis and the spice within its rich sands, thus illustrating how Herbert’s universe in Dune is a metaphor for 20th-century American foreign policy and its effect on the local inhabitants. Paul’s story even includes colorful derivates of World War One folk hero, T. E. Lawrence.

What makes Dune unique, however, is its deconstruction and subsequent re-imaging of the “great men” interpretation of history. Paul is not just a static war hero of a Norse saga, nor does he possess a healthy and even temperament, strolling casually through a Greek tragedy. Instead, Paul has a profoundly personal struggle throughout the novel, and our young marquee is often reciting incantations you’d expect from Hamlet.

death that brings total obliteration. I will face my fear. I will

permit it to pass over me and through me. And when it has

gone past I will turn the inner eye to see its path. Where the

fear has gone there will be nothing. Only I will remain.”

Compare then Herbert’s words to the most famous speech in the history of drama, who’s also a royal with a knack for soliloquy.

Whether ’tis nobler in the mind to suffer

The slings and arrows of outrageous fortune,

Or to take Arms against a Sea of troubles,

And by opposing end them: to die, to sleep;”

Both of our young aristocrats, Hamlet and Paul, are at a precipice in these complementary heroes’ journeys, and the choice boils down to a decision tree. Choose bravery in the face of adversity, or choose a slow death of the human spirit, obliterated only by fear. What is most dynamic about Dune — as with Hamlet — is the hero’s journey that takes place within the minds' of the principal characters. The inner voice, or narrator, discussing his or her choices is like a battle, whose outcome creates an archimedean lever in the external battle of Arrakis. Because Paul only has one enemy — his fear — if he can conquer his fear, he can conquer his opponent, the Baron. This first victory makes the later demise of Paul’s rival, merely a formality of the plot. Midway through our story, however, Paul is not there yet; instead, he is still what he calls “the sleeper.”

Awaken, to become a Dreamer of the Day

Now let’s return to another desert campaign, far away from Arrakis, in the Ottoman Empire of the early 1910s. There, an uprising is being formed by yet another upstart aristocrat, T. E. Lawrence, a WWI British military strategist, who with a similar group of rebellious desert tribespeople, took on the Ottomans in Arabia. In the opening acts of the war, the Arabs were in the death throes against the dominant centuries-old empire of Asia minor. To counter, Lawrence partnered with the tribal leaders, and together, the two parties constructed a strategy based on the strengths of migratory Beduin fighters: superior mobility, resiliency in the desert, and defense. Lawerence knew they would never win a direct attack on a major city. So he had to figure out another way, he had to “dream while awake” to paraphrase his words.

From T. E. Lawrence’s memoir, The Seven Pillars of Wisdom,

“All men dream: but not equally. Those who dream by night in

was vanity: but the dreamers of the day are dangerous men, for

they may act their dreams with open eyes, to make it possible.”

Few people in history, whether you know it, have had more of an impact on your life than this one British Colonel. Lawrence did the impossible. With his newly co-created strategy-whose formation would later be studied-was the birth of modern guerrilla warfare. Using this strategy, Lawrence and his Arab allies won the campaign. Unfortunately, this military victory would give the British and the French empires the power to carve up the Arabian peninsula artificially-sowing seeds of future chaos. Lawrence’s victories accidentally set off most of the conflicts in the Middle East during the 20th century, conflicts Herbert would later allegorize in Dune. There is a clear through-line from T. E. Lawrence to Paul Atreides, which is why Dune falls more into the realm of accurate political mythos than futuristic fantasy.

Much like a “Dreamer of the Day,” Paul, at one point, implies that the various visions that he’s received throughout the story are now slowly conjuring a new reality — a reality that he is in charge of.

Let’s Talk About Jesus, but Only in a Personal Development Kind of Way

Now let’s combine our troupe of desert warlords, futuristic space uprisings, and messianic hillside chats with God. Moses, as mentioned in the introduction, is not enough of a correlation for the character of Paul Atreides; his successor, Joshua, might be a better fit for our journey’s conclusion. Joshua, not Moses, was the figurehead who led the Israelites into Canaan, the land of milk and honey. Later the gospel writers would draw upon this name, and his story, to forecast the future of another Biblical character.

Joshua (or Yeshua) is actually the proper name of Jesus in the New Testament: “Jesus” is just the Koine Greek (the original language of the New Testament) translation of the name “Yeshua.” The New Testament writers, or possibly a clever angel Gabriel, thought the name would be paramount for helping those with an in-depth knowledge of the Hebrew Bible see the foreshadowing of what was to come.

Jesus also provides a useful metaphor because, as cited above in Mark 9, in Dune, Paul expresses divine power similar to what the disciples witnessed (the 3rd sequel to Dune is actually called the God Emperor of Dune). When both characters named “Joshua” are seen as an amalgam, knowing the latter’s name alludes to the story of the first, we see an intertwined archetype of human and divine leadership. This is the mystery that Paul — and we’re still talking about Atreides here, not New Testament Paul (See Acts 9:18)- is untangling. Scales of fear, a veil blocking the description of his telos, fall from his eyes. As the story’s end nears, Paul uses his own words to describe it: “Father, the sleeper has awoken.”

The experiences of the historical Jesus and Paul Atreides both include reflections on the concept of fear at the moment of this awakening. In theological terms, one might call this Paul Atreides’ transfiguration, meaning a demonstration of Christ’s divine power. When Mark 9 describes the transfiguration, Jesus’s disciples reacted with a muted freight. The disciples found what they wanted to say to be temporarily ineffable due to fear — the “mind-killer” in the Dune universe. But they were afraid; how would you describe a divine interaction, if it ever happened? What words would you use? And would words even be good enough? What would a two-dimensional person in a side-scrolling video game even see if a three-dimensional person entered the screen? A flat foot and the front of a toe? How then has Paul awoken? Can he now see this additional dimension? What is he now dreaming of during the day?

Without spoiling the plot too much, Paul wins the war with T. E. Lawrence-style guerilla tactics. By harnessing and riding giant killer sandworms, Paul takes control of Arrikas by using speed and superior tactics. Maybe the central message of the Bible, and Dune, align then? “Fear is the mind-killer” is a branch, grafted directly onto “do not be afraid,” the trunk. In fact, “do not be afraid” is the most used phrase in the entire Christian canon, believe it or not; it’s repeated over 300 times in the New and Old Testament (imagine if the thesis statement of every child’s Sunday school lesson was, “fear is the mind-killer”). So as we face the monumental tasks in our lives, especially with the vast gulf of leadership we see in our modern-day institutions, ask yourself this, have you awoken, are you afraid, and what does it feel like to dream during the day? 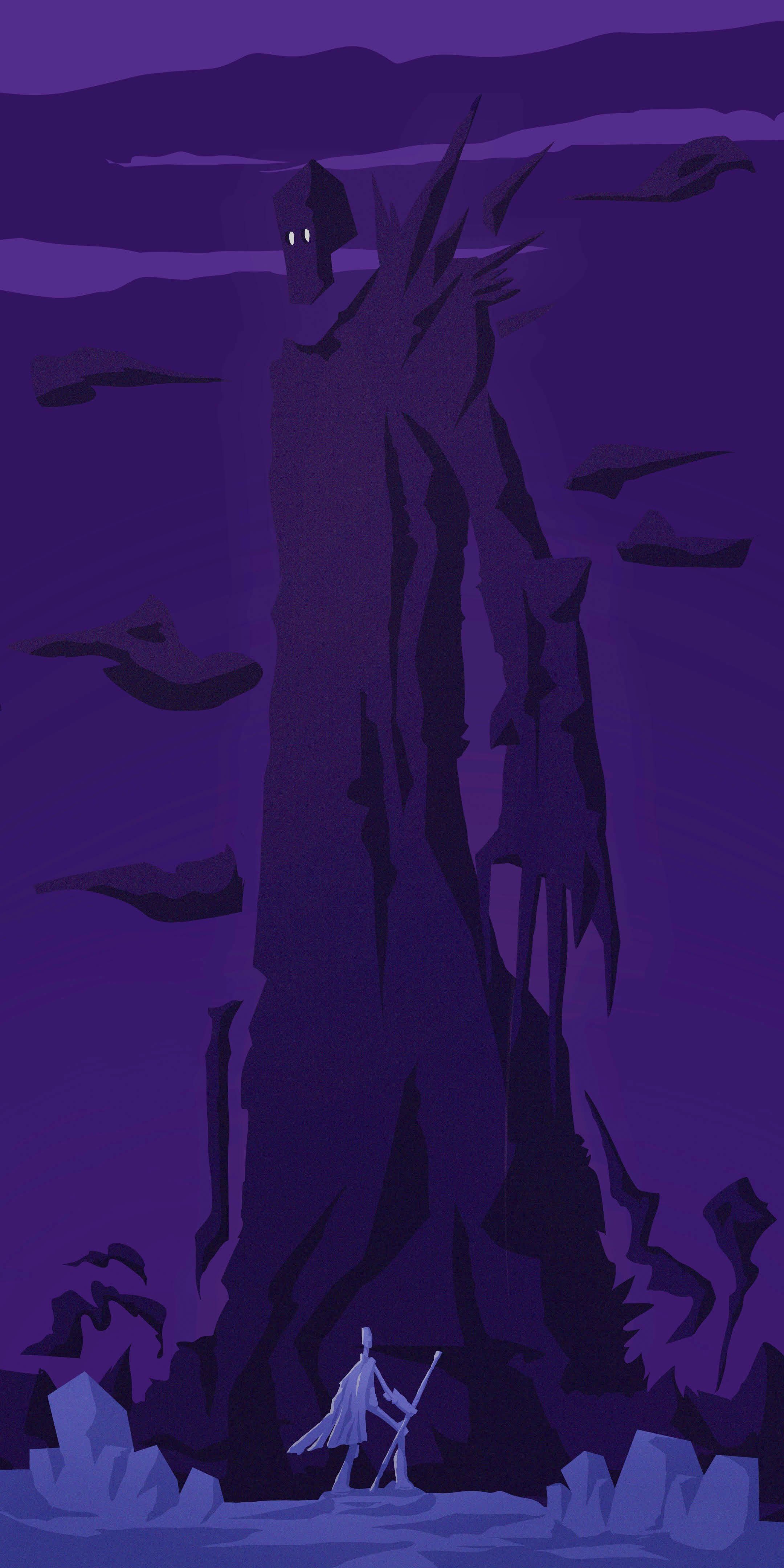 Be dangerous, as Colonel Lawrence says, being a dreamer of the day means not ceded your ground to nightmares. Instead, plant your feet boldly in the sand of Arrakis, summon a giant killer sandworm and confront the empires of injustice. Paint a vision as bold as Dune, to conjure a peaceful future, with 22,000 CE as your telos.