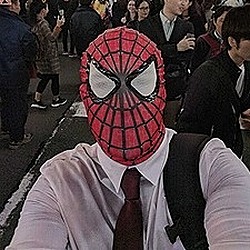 Limarc is a Tokyo-based writer of all things pop culture, travel, and tech.

With constant development in computer vision and the exponential advancement of computer processing power, augmented reality (AR), mixed reality (MR), and virtual reality (VR) technology is becoming more and more prominent.
With some overlap in the applications and functions of augmented reality, mixed reality, and virtual reality, sometimes these terms get confused or are used incorrectly. This article will define AR, MR, and VR, and explain the main differences between them.
Index

What is Augmented Reality?

Augmented reality (AR) is a technology that blends digital data with the real world. AR has recently seen leaps in advancement due to the development of mobile devices, as well as enhanced graphical capabilities and CPU performance. Ten years ago, augmented reality was a niche area of development which garnered a small following of hobbyists interested in early augmented reality games on devices like the iPod Touch and early iPhone models.
Today, AR games like Pokemon Go are on the rise, and the world’s leading social media platforms like Instagram and Line use facial tracking for AR face filters.
Depending on the scope of the project, augmented reality models utilize various computer vision processes such as object recognition, plane detection, facial recognition, movement tracking, and more. To improve these processes and train AR models, developers require annotated image data to feed their algorithms.
Augmented reality applications can place digital objects in the real world by using your device’s camera to recognize your immediate surroundings. The program then detects the planes and objects seen through the camera to determine proper placement and orientation of the digital object. The object, such as a 3D image of a Pokemon in Pokemon Go, can be seen through the live camera feed of your smartphone or other devices.

What is Mixed Reality?

Mixed Reality (MR) is the most ambiguous term of the three discussed in this article. Like augmented reality, mixed reality also places digital or virtual objects in the real world. However, with mixed reality, users can quickly and easily interact with those digital objects to enhance their experience of reality or improve efficiency with certain tasks.
Of course, like AR and VR, mixed reality can also be used for entertainment and video games. The Microsoft Hololens MR headset has an impressive list of video game titles you can play in the comfort of your living room. However, the main function of MR is to insert digital representations of real factual data into the real world.
For example, some hospitals have already begun implementing the Microsoft Hololens mixed reality headsets into their workflow. Surgeons are quickly seeing the benefits of mixed reality tech in the operating room. Mixed reality can provide live x-rays available anywhere in the surgeon’s field of vision or even superimposed over the patient’s body, allowing the surgeons to move more freely and eliminating the need for them to keep glancing a stationary display monitor.
Whereas numerous AR applications can run on an everyday mobile phone, MR applications normally require more processing power. Therefore, mixed reality glasses or mixed reality headsets are required to run most, if not all, mixed reality games and applications. Currently, Microsoft is leading the market with the Hololens. However, the Magic Leap One also shows strong potential, with Google as its primary investor having invested over 2 billion dollars into the product.

What is Virtual Reality?

For most people, virtual reality is likely the most familiar concept of the three presented in this article. However, when we say virtual reality, we do not mean the fully-immersive nerve-connected deep dive experiences shown in popular films like The Matrix or Ready Player One. Unfortunately, the technology we have today isn’t at that level yet.
Virtual reality takes users to a completely virtual world. The virtual reality we have today incorporates 360 visuals and often binaural audio to enhance the realism of the virtual space. With the consumer-grade VR tech like the HTC Vive or PlayStation VR, users must wear specialized VR headsets and noise-cancelling headphones. More advanced virtual reality experiences may also outfit the user with special motion capture gear to help with movement tracking.
Some real-world applications of VR tech utilize real-world locations. One example of this is the real estate industry. Instead of going through the hassle of traveling to numerous locations, some real estate companies are beginning to utilize VR for virtual site tours.

What are the Differences Between Augmented Reality, Mixed Reality, and Virtual Reality?

There are many differences between AR, MR, and VR. The main differences we will highlight are the differences in hardware requirements, functions, and applications.
Hardware
One of the most obvious differences between augmented reality, mixed reality, and virtual reality is the hardware requirements. Numerous augmented reality apps and games can run on almost every smartphone on the market.
On the other hand, virtual reality programs, games, and immersive experiences require specialized VR headsets, noise-cancelling headphones, cameras to track room space and boundaries, and sometimes even motion capture technology. Some of the biggest names in VR tech today are the Oculus Rift, HTC Vive, and PlayStation VR. For the enjoyment of simple VR videos, there are affordable makeshift VR headsets like the Google Cardboard, which work by running a video in 360 mode on your smartphone and inserting the phone into the headset.
Mixed reality hardware is still emerging and hasn’t quite broken into the mainstream consumer market, most likely due to the price. The consumer releases of the Microsoft HoloLens and Magic Leap One retail for over $2000 USD, which is 3 to 4 times the cost of the PlayStation VR and HTC Vive VR headsets. However, mixed reality applications sometimes require exponentially more processing power and thus require more powerful hardware.
For example, the Microsoft HoloLens includes a built-in microphone array, binaural sound capabilities, a built-in camera for recording, a depth sensor, head tracking cameras, and an inertial measurement unit which helps track your head movement. On top of the traditional CPU and GPU, Microsoft also created a Holographic Processing Unit to help track where the user is looking and understand command gestures.
Function
While augmented reality can superimpose digital images and data over our real world surroundings, mixed reality goes a few steps further with the ability to have those digital images and data fully interactable. With mixed reality, you can often adjust, move, and interact with the digital data using hand gestures or other command prompts. Other users viewing the same MR app can see your edits and changes in real time, allowing for a holographic communal environment.
Virtual reality is vastly different from AR and MR in that there is almost no overlap with reality. With VR games and applications, once the user dons the headset, they are in a digital world completely separate from reality. The only overlap is when the device’s cameras must detect the boundaries of the room the VR application is being experienced in. In cases where a user is walking around in the virtual world and comes into close proximity with a wall or piece of furniture in the real world, the system will give the user a warning message or show red boundary lines.
Applications
With the worldwide success of Pokemon Go, augmented reality is being pursued by numerous game developers hoping to create the next biggest mobile game. While AR has a lot of potential in the video game market, it is also being utilized more and more by social media platforms like Instagram, Snapchat, and LINE. Aside from entertainment, AR has numerous business applications. One example is furniture sales, home decor, and renovations. There are now numerous mobile AR apps that allow the user to visualize furniture placement in their home before purchasing and without the need to travel to big furniture retailers.
Mixed Reality headsets can also be used for gaming and other entertainment, but the bigger market and focus of MR headsets like the Microsoft HoloLens is the usage of MR to improve efficiency in numerous industries. MR has the ability to streamline training procedures with holographic tutorials, improve design workflows with 3D models, drastically change modern surgical procedures, and much more.
Lastly, virtual reality has also seen a big growth in the gaming industry, but is also being explored for other use cases including real estate, health and fitness, and education. For example, Class VR, specializes in implementing VR headsets in the modern classroom and helping teachers create a more immersive learning environment.
There are many differences between AR, MR, and VR. However, all show high potential for future development and have numerous applications in business, education, gaming, and more. We are likely to see further implementation of MR and VR solutions in various industries in the near future.
If you’re looking for reading on AR, MR, or VR, be sure to checkout: