What can be Expected from Gaming Industry, in the coming months! 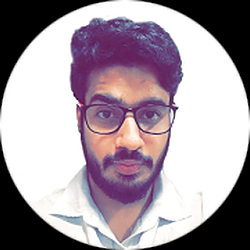 2018 was a challenging year in many ways, but one positive surprise was the continuing development of digital technologies. What awaits us in 2019? It may be as saturated with turbulent political events and severe problems as 2018, but there is good news — technological innovations will be no less exciting than last year.

Today, video games and casino games are so firmly embedded in our culture that they can develop in the spirit of the main trends. Development can be seen not only in the field of digital technologies that directly affect the gameplay but also in a broader sense, responding to evolutionary technological changes.

For several years, Augmented Reality (AR) and Virtual Reality (VR) were not widely studied technologies, but recently they have gained more attention. Today they are used in education, for training, and in many other segments. They allow you to create highly realistic worlds, which means that while playing games we will be able to receive sensations that are unimaginably close to real life.

Video games and casino games will increasingly offer users the function of total immersion in the gameplay as AR and VR technologies become cheaper and more accessible. Of course, the physics of the gameplay will improve thanks to the efforts of the army of talented developers from this segment, which will make gambling and video games more interactive.

The evolution of machine learning and artificial intelligence in mobile applications

Application revenue from the introduction of artificial intelligence (AI) in the world market is growing and will exceed $100 million by 2025. According to Gartner’s research, the 200 largest companies in the world are actively implementing and relying on machine learning data.

Mobile applications can use AI to understand user behavior and provide more personalized recommendations. Machine learning based on data will automate tasks to eliminate the human factor and analyze a vast array of data with minimal human involvement.

A blockchain game is a game that stores some assets on the blockchain, uses smart contracts, and the players wholly own its assets. This game has several characteristics.

The blockchain technology allows implementing trust relationships without a dedicated server. This is possible due to repeated repetition and verification of each operation for all users of the system. Trust within the blockchain is guaranteed by the fact that a specific entry exists and is identical on all client devices.

Let me highlight the areas in which this can be done: payment acceptance and cash flow, gambling, technical optimization of the back end and new ways of monetization.

Secondly, there is a market demand for goods offered in the game. Therefore, the founders of blockchain games are forced to advertise their games, attract new players, introduce additional money into circulation so that gamers can earn.

Colin Sebastian, CEO and chief financial analyst at Baird Capital, argues that by 2020, net profits from Esports will reach $1.8 billion. Experts say that the awakened interest in esports from publishers and developers gives a considerable impetus to development, because previously they were neutral to cybersports due to the outdated business model of mass-selling discs and the annual launch of new games.

This model was replaced by the free-to-play system, which vividly demonstrated the continued involvement and interest of players in one game, which allows them to retain the audience and make money by selling in-game values. It is the fans that are the main target audience and participants in cyber sports events.

Thanks to the success of the free-to-play system, major publishers revised their policies and began to actively develop the cyber-sports component of their projects. Thus, the largest tournaments and championships from publishers were born with six, seven, or even eight-digit prize money. Moreover, gaming will turn into a full-fledged spectator sport.

The audience that follows the online broadcasts of gaming championships and events is growing every year, and thus the line between “real” and virtual sports is blurred more and more. The day is close when the World Cup will be held not on the field but online.

These are just some scenarios. We will have to wait and see what the gaming community will demand and what the developers can offer.

6 Ways How The Gaming Industry Took A Massive Step Back Over The La...