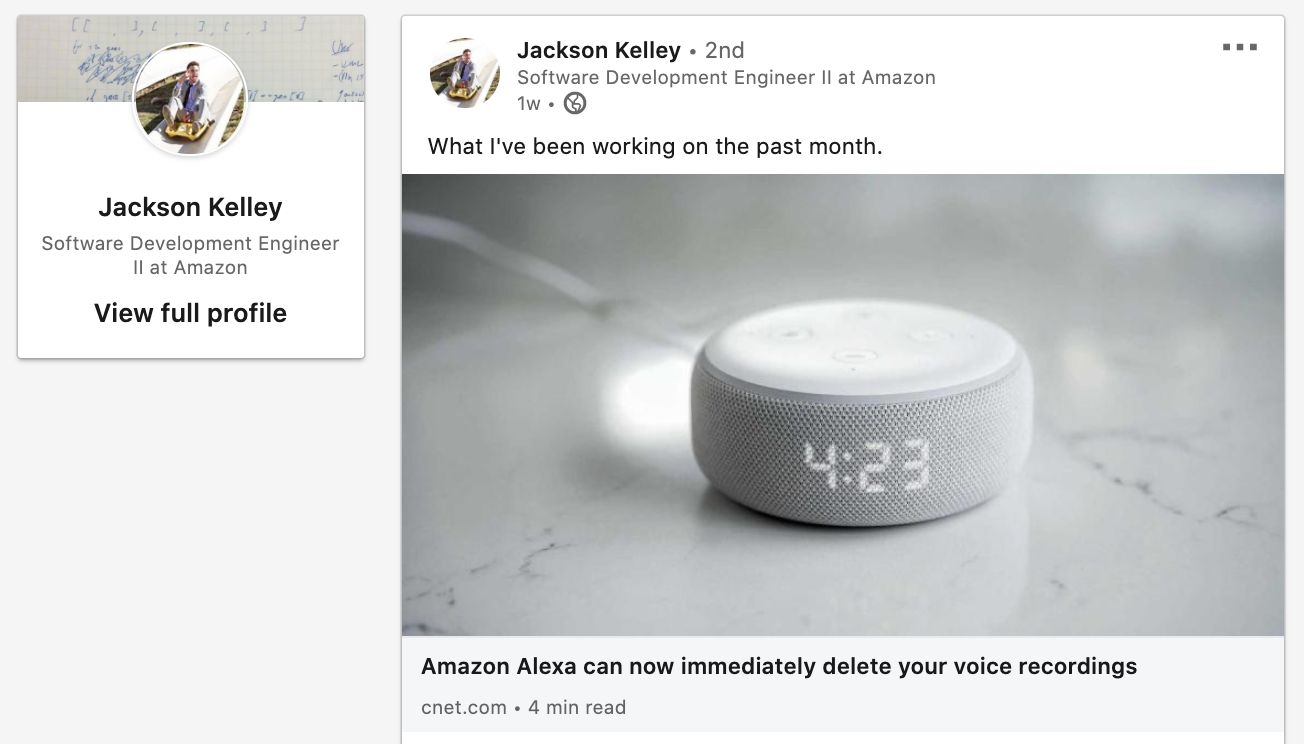 Ex block.one consultant (and formerly ML infrastructure engineer in retail at Amazon) Jackson Kelley has been nominated for a 2020 Noonie for contributions to the sticky subject of politics here on Hacker Noon. Scroll on for a a summary of what Jackson's been doing and thinking lately, including a new YouTube series, and which of his controversial opinions most people would definitely disagree with.

This Year's Noonies were made possible by: Sustany Capital, .TECH Domains, Grant for the Web, Skillsoft, Flipside Crypto, Udacity, and Beyondskills!  There are over $10K+ & 3K+ Yrs Domain Registration Up for Grabs. VOTE TODAY before it's all over on 12 Oct 🚀

I'm a software engineer at Amazon currently working on data privacy in Alexa. I also used to be an independent consultant for block.one, the creators of EOSIO. Prior to switching to Alexa I worked on ML infrastructure in the retail side of Amazon.

Lately I've been putting out weekly YouTube episodes in a series called Console. So far on Console I've covered everything from Linux tooling and compilers to Rust and Bloom Filters.

I also used to teach a blockchain development course on Udemy specific to EOSIO development.

I think there are going to be some very interesting breakthroughs in WebAssembly and AR/VR very near in the future. However, frankly, I know much less than I should about either of these things.

I know it's cliche, but I'm also hoping fully autonomous vehicles happen in my life time.

Also, my next project at work :D.

I've been very fortunate insofar as the pandemic has not affected me.

I'd start a non-profit to teach inmates how to program in an attempt to reduce recidivism rates.

How to bootstrap businesses, how to lead other engineers, and how to create engaging content and build a high-quality personal brand.

After that I'll take the latest distributed systems course from MIT.

VOTE for  Jackson Kelley as Hacker Noon Contributor of the Year - POLITICS before voting closes on 12 October, 2020! 🚀