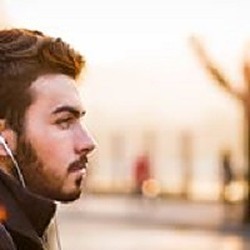 Alex is fascinated with “understanding” people. It’s actually what drives everything he does.

Imagine a world gone dark. Spending the majority of your life seeing and then, one day, going blind - and it was entirely preventable. Think of the frustration, trying to work, raise a family and navigate your environment, with one of your senses suddenly cut off.

That’s the reality for many people today, particularly in the developing world. Preventable blindness causes widespread social and economic damage for the individual, their community and country. And it’s set to rise. Not least because of the ageing population globally.

Blindness on the rise

According to a report published in The Lancet, cases of preventable blindness will grow from 36 million to 115 million by 2050 if access to treatment is not improved. Vitally, this means offering treatments to populations who are most as need, namely those in poor regions.
It also requires innovation in eye care itself, to decrease the costs of treatment and therefore, a barrier to care. Intervening treatments like cataract surgery and vision-correcting glasses must become cheaper, quicker, local and known about.
That’s where technology can help. Artificial intelligence (AI) and biotechnology can offer ways to combat preventable blindness, through implants and gels, better diagnosis and increased education.

Interventions before blindness provide some of the largest returns on investment as they require little infrastructure and the costs are relatively low. Plus, countries can recover costs as people are then able to re-enter the workforce.

Indeed, focus on infrastructure is key, as the majority of the world’s blind live in the poorest countries. They cannot afford a significant investment in labs, hospitals and experts.

That’s why prevention is key, to stop people going blind in the first place and addressing vision issues early-on. Decreasing the need for further treatment. More than 50% of blindness could’ve been cured if caught early on. This includes diabetic retinopathy, cataracts, glaucoma, and wet age-related macular degeneration (AMD).

Corneal disease is one of the prime causes of preventable blindness. 75% of corneal disease is curable and it impacts the poorest in society most disproportionally. 90% of blind and visually impaired people live in the developing world, including 14 million in India.
Because of this, the Tej Kohli Cornea Institute focuses its efforts on eradicating preventable blindness worldwide by 2030. Some of Tej Kohli projects include community education via helplines and apps, research and development with biotechnology and cornea transplants.

In the last two years, the Tej Kohli Cornea Institute has hosted over one 167,000 outpatient visits, collected 26,000 donor corneas and undertaken 16,000 cornea transplants.

But it is taking it a step further through innovative biotechnology that involves using a ‘glue-filler’ that acts as a tissue glue. The non-surgical treatment is the result of a collaboration between The Tej Kohli Foundation, researchers in Montreal, Canada and Moorfields Eye Hospital in the UK.
When it comes into contact with a human body, the liquid forms a gel and seals corneal perforations. Helping the corneal tissue regenerate, eliminating the need for transplant surgery in the first place. This has significant cost and time savings, plus reduces the risk of rejection by the patient’s body.

AI also has a starring role in the fight against blindness. Early detection of some conditions, like diabetic retinopathy, is critical to a good prognosis. But often, people in rural and poor areas don’t have the same access to quality eye care or expertise compared to the developed world. Microsoft, working with start-up Forus Health, is using AI to level the playing field.
Machine learning complements a doctor’s expertise. Microsoft’s AI network works to democratise the technology, enabling medical organisations around the world to deliver care in a standardised, replicable manner. With lower costs and greater efficiency. Alongside eye care, it is also used in cardiology.

In India, one of the largest challenges is the lack of trained ophthalmologists (with only 20,000 ophthalmologists for a population of 1.3 billion people). Microsoft AI is used to mitigate this shortage, to augment technicians and ophthalmologists using a portable device that can screen for common eye problems.

The retinal imaging screening devices have helped over two million patients so far.

Plus, Microsoft’s AI was able to ‘clean up’ the image quality of eye scans. Often, these would be taken by minimally trained technicians in open sunlight, making it difficult to use the images for diagnostic purposes.
An image quality algorithm now detects when a capture needs refining and the technician gets an instant prompt telling them when they need to retake an image.

Similarly, diabetic retinopathy patients require regular check-ups to monitor disease progression. In the U.S less than half of diabetic patients have their eyes examined every year as recommended.

This number will be much higher in the developing world where the shortage of trained professionals is even more acute and access to a clinic isn’t guaranteed.

However, with IDx-DR, professionals can tell within minutes if a patient has developing diabetic retinopathy. The AI-powered system will cut an ophthalmologist’s workload in this area to only 10% as they will have to manually diagnose far fewer people.

Preventable blindness is a tragedy for individuals and society as a whole. But AI is under rapid development and it holds huge potential for eye health. As the Microsoft and Forus partnership has shown, however, it needs knowledge-sharing and collaboration across industries to reach its full potential.
Working towards the shared goal of eliminating preventable blindness, organisations and public bodies can create a greater social impact than if they do it alone.