8 Startups That Became Tech Giants via Ruby on Rails 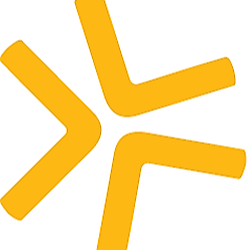 Web development company with over 9 years of experience in delivering websites and web applications.

Ruby on Rails is an established, battle-tested technology that served as an excellent framework for software developers. But what’s the secret behind the success of Rails? One good reason is that ever since it appeared on the tech scene, it’s been part of projects launched by companies that have become some of the fastest-growing and largest startups we’ve ever seen.
Read on to find out why startups choose Rails and discover the most spectacular success stories of companies based on RoR.

Why do startups pick Ruby on Rails?

There are many reasons why Ruby on Rails has become such a critical technology for startups that want to transform their business ideas into applications and saleable products quickly.
But these 3 features make RoR incredibly successful among startups:
Now that you know why so many startups are choosing Ruby on Rails as part of their stack, here are 8 startups that became successful using Rails.

There’s no denying that Twitter had a massive impact on how we consume and share content online. Tweeting short messages has become a must for public figures, and Twitter became an essential communication platform for communities ranging from developers to academics.
Twitter was developed with Ruby, RoR, and jQuery together with Webpack JS. The robust Rails framework helped Twitter to create and launch their product in a short time-frame. Later on, Twitter used Scala to revamp their operations – but RoR still makes up an instrumental part of their backend.

Shopify is a complex web application that allows users to build their own online stores and enjoy plenty of customization options. It shouldn’t come as a surprise that the platform was developed on Ruby on Rails. Supporting a user base of over 500,000 businesses, Shopify delivers excellent functionalities and continually adds new features to their platform.

Shopify’s website from a decade ago! (Source: Web Archive)

Recently acquired by Microsoft in one of the most spectacular exits, Github is a platform for the community of developers who appreciate the value of open-source software. Rails played an essential role in the development of Github – the platform’s code repository is built on Ruby on Rails. The success of Github proves that Rails can support the fastest-growing ventures with massive user bases

Github, having just started out in 2008. (Source: Web Archive)

The creator of Ruby on Rails, David Heinemeier Hansson, developed the framework when building a web application which was later released as Basecamp. Basecamp is a project management tool used by 2+ million people – and it’s still growing. Needless to say, we can still find Rails at the core of the company. In fact, many RoR innovations started out as experiments inside Basecamp.

Basecamp, already a giant in the business in 2011. (Source: Web Archive)

A global social networking site, Ask.fm allows users to create profiles and send questions to one other. It’s one of the largest Ruby-based platforms on the market. The flexibility and scalability of Rails helped the creators of Ask.fm take their platform to the next level and support their rapidly-growing user base.

Another startup that built its digital product with Ruby on Rails is Groupon. The global e-commerce market connects customers to local companies to bring them incredible deals and promotions. The original version of Groupon was based entirely on Rails.

The older (and greener) version of Groupon. (Source: Web Archive)

To create a community for global travelers, Couchsurfing built a platform that allows people to host one another as they travel the world. The service became very popular and now hosts a considerable user base. Ruby on Rails is a framework that supports the platform’s backend.

The massive growth of this hospitality platform was supported by Rails which ensured its flexibility and scalability. It also facilitated rapid development to make room for new functionalities Airbnb added throughout its expansion – which is still going on.

Airbnb’s simpler look, all the way back in 2012. (Source: Web Archive)

As you can see, Ruby on Rails provided all these startups with a robust foundation for growth.
If you are looking for Ruby on Rails experts, get in touch with us - we have ample experience in delivering RoR projects to help startup founders develop scalable products. 🚀