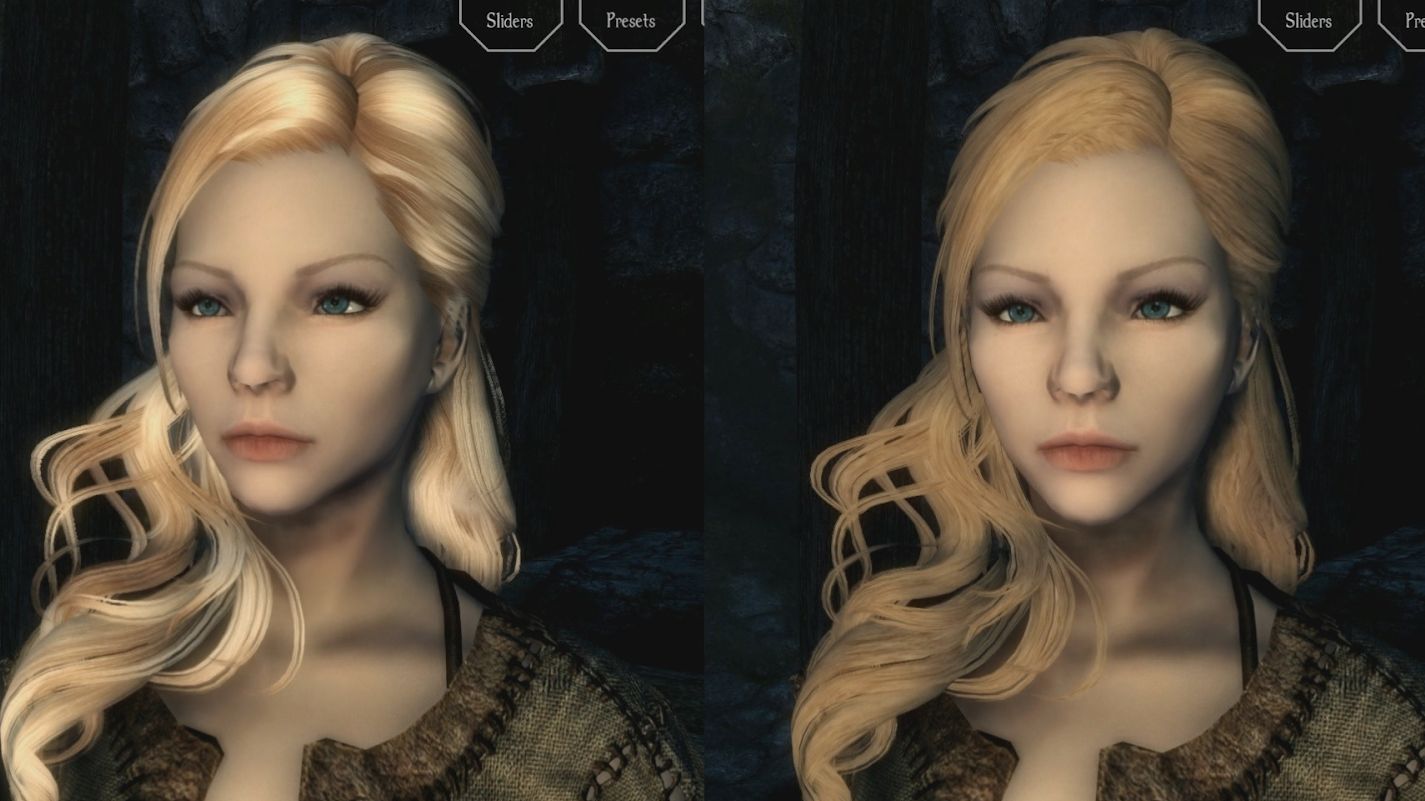 One of Skyrim’s biggest appeals is the ability to create a fully customisable character for your adventure through the tundra. Unfortunately, the Skyrim Character Creation system was made a decade ago and is a little lackluster by today’s standards. One area that looks particularly awful is the hair selection. They look like fibrous potatoes with food colouring. Fortunately, there are more than enough Skyrim Hair Mods to spice up your look.

As it happens, most of the Skyrim Hair Mods are dominated by two massive packs. Apachii Sky Hair and KS Hairdos. These gargantuan mods offer hundreds of hairstyles each and can fit most styles one can think of. That said, there are plenty of mods that work with those two to deliver a better collection of hairstyles.

Don’t worry, there are some male hairstyles on this list, too. Picture Credit: Apachii on the Nexus 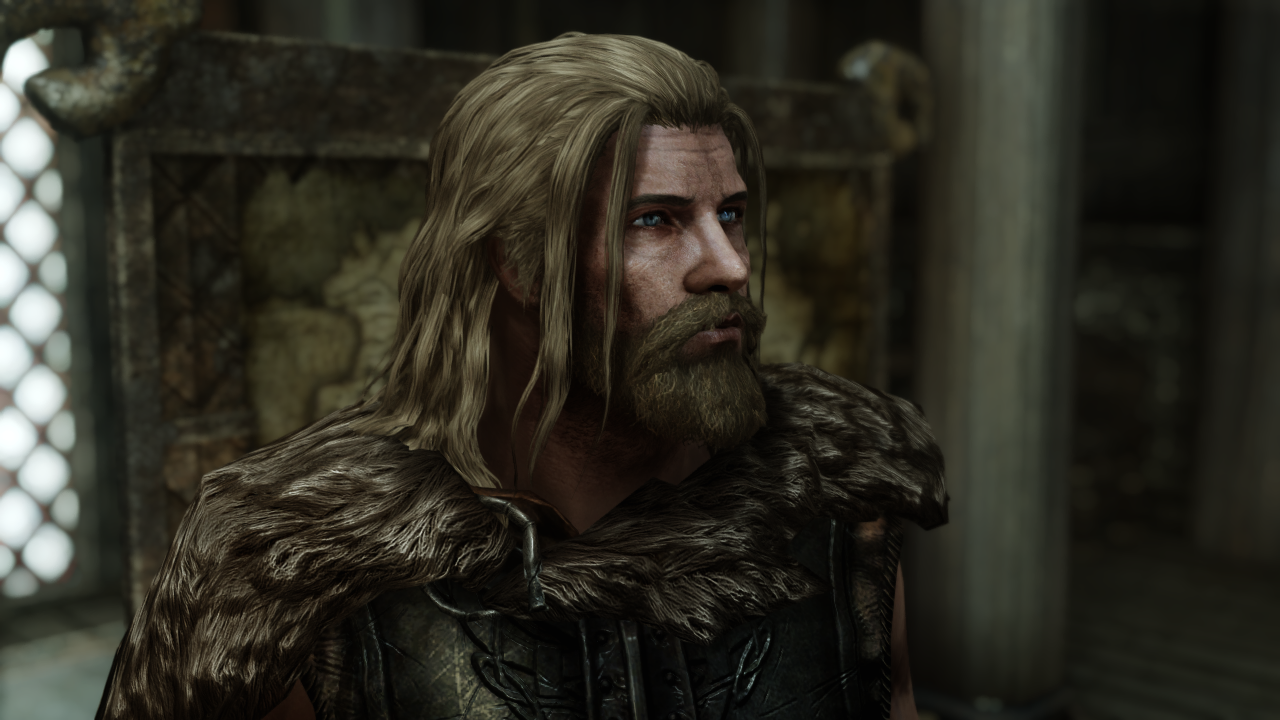 How the hair can look under the right conditions.
Picture Credit: Dragens on the Nexus

Unfortunately, due to its age, it is rendered in fairly low-quality textures that were rough back when the mod came out in February 2012. The length of many of these hairstyles makes them likely to clip with clothing items which is a significant drawback. That’s not to say that they can’t look good. Smart use of Skyrim’s many graphics mods can compensate for it, though that’s a list for another day. This mod works as a replacer for ApachiiSkyHair, replacing the dated textures with newer, better looking ones. The new textures look softer and more realistic as opposed to the slightly plastic-y textures found in the original mod. While it doesn’t address any of the clipping issues, it does help with the original mod’s visual quality. Out of all the Skyrim Hair Mods, KS Hairdos is the largest. It adds over 800 hairstyles the majority of which are for female characters. Like ApachiiSkyHair, it brings a wide array of different hairstyles. It has the usual fantasy-inspired styles and even more modern looks like hipster-inspired beanies, Many of these options are almost certainly not lore-friendly but they do give some options otherwise unavailable in Skyrim Character Creation.

Many of its flaws are similar to Apachii Sky Hair. Clipping is ever-present and the textures look dated. Still, with over 800 options, one can’t possibly go wrong. Picture Credit: ousnius on the Nexus

This standalone mod doesn’t need to be installed with KS Hairdos, instead taking a small number of hairstyles from KS Hairdos and giving them physics. That means that these hairstyles will react to the player’s movement, trailing behind when they move forward and otherwise seeming more than just a stiff object glued to someone’s forehead.

It requires mods to enable physics (Skyrim | Skyrim SE) that can be a bit of a hassle to install but those can be used add physics to other things which might make them worth the effort.

It gives a retexture in the same style as the Salt and Wind mod for ApachiiSkyHair, adding more believable textures for the hair options from KS Hairdos. A common problem with the earlier Skyrim Hair Mods was that they didn’t adhere much to the vanilla style. VHR, as the name implies, remains faithful to Skyrim’s original hair style. Preeum has replaced almost all of the hair available in Skyrim barring the Khajiit and Argonians.

7. Beards of Power by Mharlek1 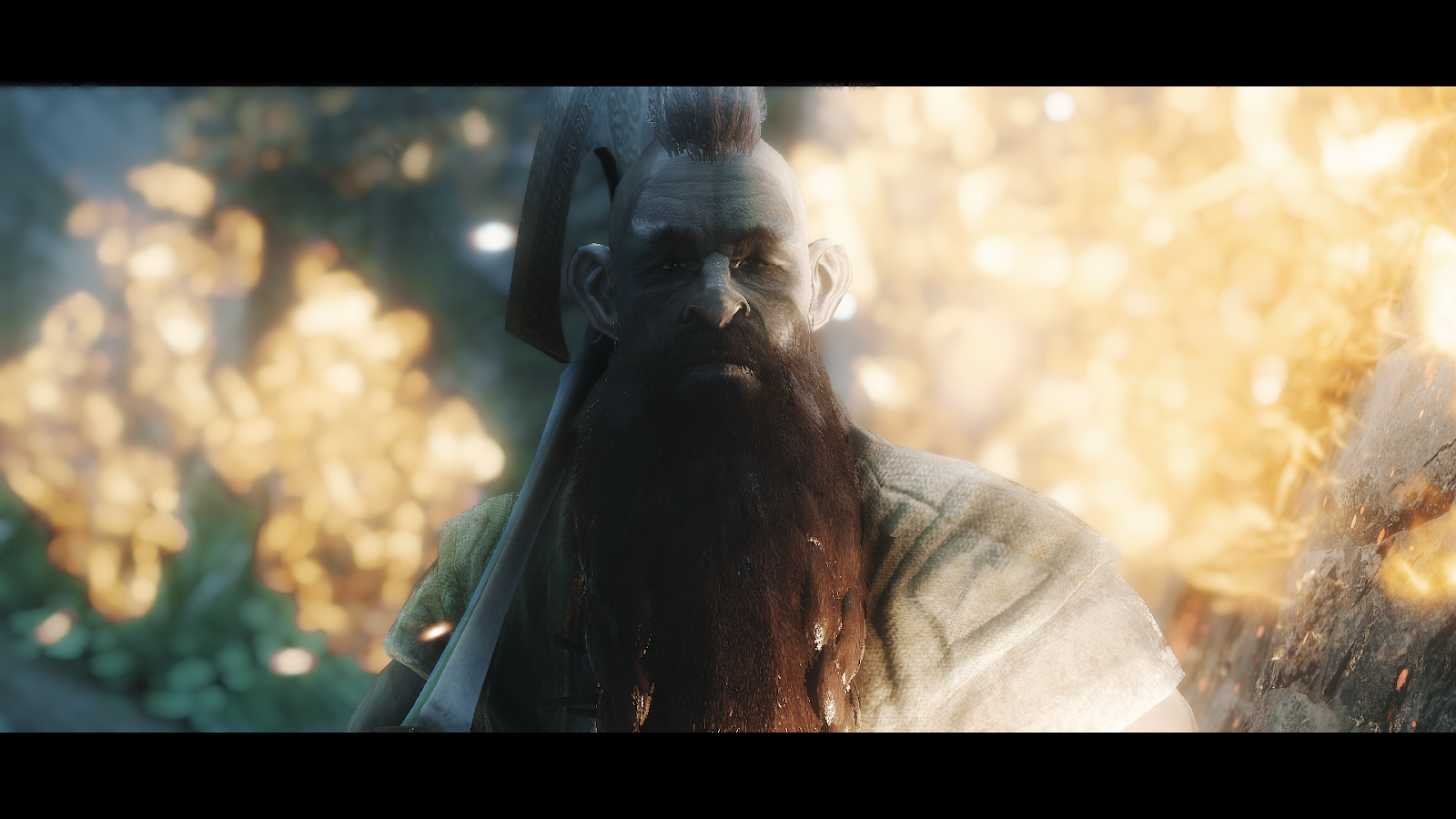 Unlike the other Skyrim Hair Mods on this list, this mod focuses on facial hair. With how intertwined a good beard is with norse culture in popular fiction, any mod that makes more modern looking beards would inevitably help the game’s atmosphere. The beards themselves live up to their name, being grand and impressive in their size and ornaments.

So here are seven hair mods that can enhance the Skyrim Character Creation process. While many of these toe the lore-friendly line, they are still plenty of variety to suit all kinds of characters. If these don’t do it, there are more to check out on the Nexus.

This article was written by Nicolas Ng

Related Stories
Subject Matter
Book a Demo. Ship Fast. Rest Easy. LaunchDarkly. by @LaunchDarkly
#promoted
Subverse Review: NSFW Game Cracks Top 50 on Steam by @hackernoongaming
#subverse
What Inspired us to Write About Games? by @jackboreham
#slogging
What was your favorite video game of 2020? by @joseh
#slogging
10 PSN Games and DLC to Buy Before The Store Shuts Down Forever by @bryoreotendo2021
#gaming
5 Roblox Anime Games to Get Lost In by @nicolasng
#roblox
Godzilla Battle Line Receives New Gameplay Trailer & Key Art by @wheeljack84
#godzilla