5 key Skills to look for when Hiring a Python Developer 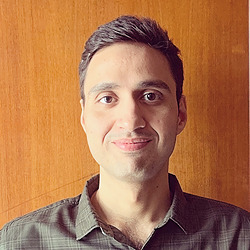 Loves working with Startups and Entrepreneurs to create a better world.👉https://semidotinfotech.com

Python is the choice of development language for projects and business around the world. The reasons why Python is so famous is how it can build projects that can scale to be used by millions of users at the same time. Due to the wide variety of work Python is capable of, the developers you get also vary on many factors. And you guessed it, with an increasing number of Python developers in the market, it is as tough as ever to find a reliable Python development company at a reasonable cost.
Python web developer skills are best tested when asked about his knowledge of data science. The skills are the key factor which can be used to determine the amount of knowledge of the developer, and their Python programming skills. A lot of factors come into play when it comes to coding, while going in-depth is tough, counting the most important ones isn’t.
So, let’s begin with skills a great Python developer should have.
The most important skills like interpretation and out of the box thinking are excluded from the list. It is simply to keep the blog particularly for development skills, rather than focusing on qualities of developers as a job candidate.

A python web developer doesn’t need to learn HTML/CSS, there are designers for that. But, while building an application, it is a must to have the knowledge of these, the website if after all how it looks, and that depends on the HTML and CSS. Some developers might tell you no one would ask them if they know CSS/HTML, and that’s simply because the designers do that in their part.
But, we believe, a specialist Python developer should have a basic knowledge in HTML/CSS, as they would to include it in the code to use it instead of scripting languages. The world’s best designs are still made from HTML/CSS, so the basic understand and being an expert in it is an absolute advantage and should be in your agenda.

The probability of your Python web developer can connect a database using a library is quite high, but the developer having complete knowledge of different databases is what you should look forward to. Databases hold a necessary space for every application whatsoever because in almost every you are going to need databases.
The most commonly used databases with Python are relational databases and Big Data, for the fact that their sets are mostly compliant with Python’s way of working. But there are a lot of databases under the umbrella term relational databases. You need to check the skill of Python developer, of databases, and that too in-depth knowledge, instead of just working knowledge. You will also get to know the fundamentals of the developer when you ask them about relational databases, as it required deep knowledge to master it.

Modern development languages like Python have made it easier for developers to omit repeated code by using pre-developed frameworks. Databases have evolved from simple storage structure to a uber complicated customized solution made according to the needs of the application.
If the Python developer is good, he can use databases and warehouses to work with a million users at once, and scale to the app to persistence for the same. Python’s capabilities are unmatched, and frameworks take it two steps further by reducing the effort and time by a huge margin.
Top Python frameworks allow development to flow smoothly, and you must make sure your Python developer isn’t compromised on this, they must have a working knowledge of Top Python frameworks. Python frameworks can also help you for working on projects related to data science and machine learning, you just need to add the respective libraries.

To successfully install the python application you need to have good knowledge of Linux or MacOS terminal commands as well, so you obviously should understand the in-depth usage and capabilities of Python while working in Ubuntu Linux. Along with extraordinary capabilities, Linux offers massive support for customization's and scalability. The basic nature of Linux matches with that of Python, and that’s the reason why it is preferred among top Python developers across the world.
You should look for the particular skill set since it is one of the necessities nowadays, that the developer uses Linux for using Python’s full potential. Linux is free and open-source, so you can go in-depth of your project’s requirements and make all the customizations you ever wished. Even though it’s pretty unlikely that you find good Python developers who don’t work in Linux, but it’s always better to ask and test, before finalizing.

Python web developers skill level comes into play at every point in your project, and that’s why they matter the most when your desired application is supposed to be used by millions of users. A seasoned developer who has all these skills could easily figure out things, maintain tasks on time, and project delivery timeline. Every great Python developer skill comes with experience, when someone works in the real world, they should essentially have all the above-mentioned skills.
Depending on your business niche, especially if it requires something more than generic, this skill set should still be mandated when hiring great Python web developers. As things add up, you are going to need skills that go above basics. You might be spending thousands of dollars on your application and i am sure you will hate to see your product not developed to your standard. So choose wisely and create a great application to suit your business needs.

The Future of Cryptocurrency Futures and where Bakkt Fits in the Eq...