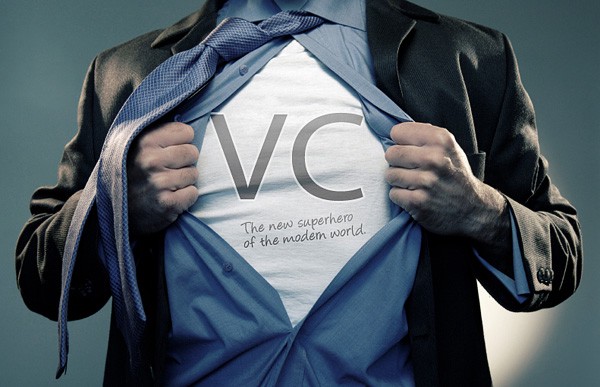 The Model Is Too Simple: How Underfitting Leads To Fewer Venture Backed Women’s Centric Businesses & Founders.

Venture is not having a great month when it comes to women with news on harassment, sexist bullying, and silencing female CEOs illustrating the sad the state of women in tech that give real world examples to sobering studies on how women are perceived in the venture process . But I have a very simple theory on its root cause. It’s a faulty algorithm.

As machine learning is so trendy, let’s apply a lesson of how VCs, particularly male ones, are lead astray by their own mental models (that’s human for a squishy personal algorithm).

There is a very basic concept in statistics: underfitting versus overfitting.

Overfitting is what happens when a model or algorithm fits the underlying data too well. The model incorporates all the extraneous noise even data when it doesn’t affect or improve predictions.

Underfitting on the other hand is what happens when the model can’t capture the underlying trend of the data so it can’t build an effective model for predictions. The algorithm misses the trend because all it sees are a bunch of individual data points with no meaning. When underfitting a model, it’s capacity to generalize is increased

With underfitting models are too simple to make predictions so the data doesn’t fit the algorithm at all. When the data doesn’t show a venture capitalist what he wants to see he passes (even if there is a predictability and data that can show it).

In the case of a human algorithm or mental model it means that very real data trends are missed because they that don’t mean anything to the person’s current mental model.

In this case the default input assumption that female founders are less competent, that women are not as capable as men, that they are not venture backable CEOS or that their businesses are not venture worthy.

The bias is an error from erroneous assumptions in the learning algorithm of venture capitalist’s own mind. High bias can cause an algorithm to miss the relevant relations between inherent features and target outputs. The target output here is a venture sized return and the inherent feature being female founders.

With Silicon Valley’s firm belief in our meritocratic system many people, especially men, have a tendency to overestimate their talents (leading to an assumption of accuracy in their predictive mental model or meat space algorithm ). Men think they are smarter than they are. So they let simple models that are inaccurate guide them.

Underfitting on the other hand is result of an excessively simple model. Think hockey stick growth; very simple to understand. That’s why virtually any high growth company gets attention. If a business is growing fast enough it must be good. But no one looks under the hood to understand why. Some reasons for the growth could be:

High marketing spend that will crater growth when cut off

A random fad that is a feature and not a business

Mistaking a tactical business (subscriptions, flash sales) for a strategic one

Outward signs of what is fundable thereby are chronically prone to underfitting. Very few venture firms deviate from this model of “high growth equals success” which is how we get massive flops like Secret (went to zero), Fab (sold for the value of their email list), Quirky (went to zero) or Groupon (will never regain its original value).

This doesn’t mean all high growth businesses are aberrations destined to fail. Quite the opposite. Merely that these mental models of our squishy meat space algorithms incorporate the noise with the relevant data and believe they all fit the model.

We think we see patterns where others don’t. VCs see high growth in a company that is is lead by enormous marketing spending (male run companies almost always have more capital on hand to spend than women) and attribute that growth to something other than the singular input of dollars in to dollars out

But going back to the basics, we aren’t as smart as we think we are. VCs miss the underlying trend of more nuanced businesses, or unfamiliar ones, because of the tendency towards underfitting. In short:

They think too simply.

Another simple mental model that’s holding venture back from more diversified consistent returns? Certain kinds of businesses aren’t venture worthy (it is a lifestyle business, or well this category can’t possibly have venture sized returns because of “insert platitude on network effects, convexity etc, model purity, this category never has show it in the past etc”).

VC’s are extremely prone to underfitting in this case because their mental models don’t incorporate data points on areas they don’t personally experience regularly very well. It doesn’t map into their mental models thus hindering any constructive predictive ability.

What’s this got to do with funding? Well we have to ask ourselves how are investors actually making their decisions — how do their mental models or algorithms actually work — have they really figured out and trained their mental model correctly and seen the real trends of the underlying data?

Good predictive models are reflective of the data at hand. If we are looking for who and what should be funded; the data should realistically be population of people who could start businesses. Which is, well, anyone (though not everyone is suited to be a business owner, founder or entrepreneur). So in theory the founder base should roughly correlate to the total population base. But it doesn’t. Not even by a long shot.

Ever notice how we’ve got thousands of white male founders in their late 20’s getting funding despite no previous track record of success in starting companies — just because they happen to look and sound like Jobs/Gates/Zuckerberg?

How bad is this under-fitting problem? Even a fund who explicitly claims to have diligence models that incorporate and work to understand all data points versus just “hey high growth” or ”nice topline” struggles and over looks great businesses due to underfitting.

In the case of my company Stowaway- it looks like cosmetics company to a consumer because we manufacture and retail a line of makeup which is “maybe” not venture backable in some eyes (though many direct to consumer businesses like glasses, shoes, mattresses, and three razer companies are venture backed as are we) but in reality is CRM ecommerce company with a predictive data business model underpinned on increased consumption through better product design & precise consumer knowledge- the tendency of underfitting is to simply say oh cosmetics as a vertical is not venture backable. Even though that’s a tautology as we are in fact venture backed.

We did diligence with a top tier Silicon Valley based fund that prides itself on its data driven model. Their motto is explicitly to avoid bias using predictive modeling with a company’s data. But your bias is only as good as your mental human algorithm. Over two separate diligences at two different stages of the company (seed and our early scaling) they could not extrapolate meaningful data to get them to conviction. It didn’t look like success to them because in their simple model the data didn’t fit. That’s underfitting.

But to those who incorporated all the data points with a more trained mental model it was completely intuitive. A top tier data scientist and a tier 1 private equity firm that works exclusively in the beauty vertical had the mental map to see why the business had not only the technical underpinnings of venture returns but the inflection points for de-stabilizing our space (a common trait associated with creating venture sized returns).

This venture team’s inability to see something perfectly obvious to customers, data scientists, and domain experts, was a function of their inability see anything meaningful because their model was too simple. That’s underfitting.

Underfitting led them to a pass on Stowaway twice for two totally different reasons at two totally different stages. That’s not a good predictive model if the pass isn’t identical because it means the model didn’t improve over time with more inputs. Sadly this fund is probably the best the valley has to over when it comes to working with data and predictive modeling. But alas squishy meat human algorithms can get in the way of even the best venture capitalists.

Moral of the story? Improve your own personal mental algorithms, revise what inputs improve your predictions, and you will find more diverse startups with better returns.