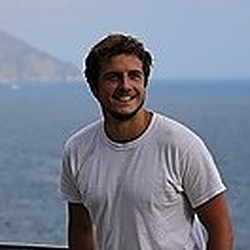 Among the blockchain and cryptocurrencies world, a lot of projects have seen the light. The most famous being Bitcoin and Ethereum, propelled by a wide media coverage. But one project has not made newspapers headlines yet is trying to achieve a tremendous work. As many blockchains are being built from scratch for lots of different needs all over the world, the Hyperledger Project launched by the Linux Foundation will try to standardize and democratize blockchain within the business world. Instead of letting companies solve their issues on their own, Hyperledger will combine a cross-industry knowledge to allow enterprises to build customized blockchains that would answer specific needs.

Let’s have a deeper look on what is Hyperledger.

In 2015, the Linux Foundation, the nonprofit organization enabling mass innovation through open source, announced the collaboration of industry leaders to advance blockchain technology at an enterprise level. The original goal was to develop “an open source distributed ledger framework to build robust, industry-specific applications, platforms and hardware systems to support business transactions”. The Hyperledger Project was born. But what does this purpose really mean?

The first members to join the movement were mostly banks, financial services firms or IT companies. But as time went by, more and more corporations joined the project to the point that the member list reaches as of September 26th 270 contributing organizations from very different sectors and horizons. We can find in the list big industry-leader firms as well as start-ups, from logistic to healthcare and from finance to government, all of them having contributed either financially either by providing line of codes and development progress. The 2 biggest contributors are IBM and Intel. As of July 2018, Hyperledger hosts 10 projects with 3.6 million lines of code and close to 28,000 participants who have come to 110+ meetups around the world.

“Distributed ledgers are poised to transform a wide range of industries” — Jim Zemlin, Executive Director of the Linux Foundation, after the launch of the Hyperledger Project

As blockchain being a recent innovation and a hard-to-catch concept for non-tech profiles, the need for a cross-industry collaboration rised within the business world.

You have to understand that Hyperledger is not a company, not a cryptocurrency and not a blockchain. It is a worldwide collaborative effort to transparently and openly enlighten blockhain potential to solve business issues.

Understanding Bitcoin and Ethereum is pretty easy-going because it is practical and has proven true usefulness among developers and users. Understanding Hyperledger is another challenge.

Hyperledger has written a Charter in the beginning of 2016, a kind of white paper, stating the guidelines and what it is trying to achieve. Among the 4 missions announced we can read :

Can it be more vague?

What you have to remember behind these sentences is that the Linux Foundation, through its Hyperledger Project wants to create an environment in which communities of software developers and companies meet and coordinate to build blockchain frameworks. Thus it is an infrastructure in which you can find ongoing blockchain-related projects. All of them are non-currency projects and industrial applications. And that’s an important point. You won’t have any Hyperledger Coin around because the project doesn’t intend to host its own cryptocurrency like Ethereum for example.

“By not pushing a currency, we avoid so many of the political challenges of having to maintain a globally consistent currency” — Brian Behlendorf, Hyperledger Executive Director

So, we have a global movement, organized in several projects, initiated by The Linux Foundation, lead by reknown persons from tech, open-source and data world with years of experience and supported by 270 contributing companies and organizations aiming to develop non-currency blockchain-based projects for the business world.

Let’s dive into those projects.

Let’s start with the 2 projects that are available and production-ready that are Hyperledger Sawtooth and Hyperledger Fabric.

Hyperledger Sawtooth is a blockchain mainly developed by Intel that intends to test the functionality of a new consensus mechanism called Proof of Elapsed Time (PoeT) and to allow an enterprise to run distributed ledgers maintained without a central authority.

The PoeT is an algorithm that attempts to distribute network mining rights through a fair random system. It aims to eliminate environmental and energy-consumption issues underlying Proof of Work consensus algorithm used by Bitcoin and other cryptocurrencies. The process follows a fair lottery system instead of rewarding the most powerful node. In short, each participating node in the network is required to wait for a randomly chosen time period, and the first one to complete the designated waiting time wins the new block.

In their presentation video, Hyperledger illustrates the potential of Sawtooth with the seafood supply chain, where Sawtooth provides an immutable record of provenance and lineage of various goods like fish. Thanks to Internet of Things (physical connected devices) and sensors combined with Sawtooth, it is possible to trace any fish’s journey from ocean to the table.

Sawtooth is written in Python and targeted at providing blockchains that could eventually be applied to the Internet of Things and various financial systems.

Hyperledger Fabric is a project driven under the mentoring of IBM. Surprinsingly, Fabric is the most widely adopted blockchain by the biggest enterprises. Indeed, using the Ethereum platform for companies to build applications on top of it is a constraint because Ethereum has its own protocol, thus is less flexible. What Hyperledger Fabric provides is a base to build a specific blockchain for a specific industry and run applications that are related to specific needs.

It’s not beginner friendly at all but it deserves credit to provide design and customization to meet precise requirements. Built as a modular framework where applications can easily scale up to any level, Fabric intends to provide basic blockchain services like transparency, decentralization and security.

Beside Sawtooth and Fabric, other projects are worth to mention.

Hyperledger Burrow which is a permissionable smart contract machine developed to the specification of the Ethereum Virtual Machine (EVM).

Hyperledger Indy which is a distributed ledger built for decentralized identities. It provides tools, libraries and reusable components for creating and using independent digital identities. It doesn’t use Proof of Work and uses blockchain-based identity solutions.

Hyperledger Iroha which is a blockchain framework designed to be simple and easy to incorporate into infrastructure projects that require distributed ledger technology.

Let’s put Burrow and Indy in perspective with a use case presented in the Hyperledger’s white paper.

Usually, banks gather personally identifiable information (PII) on every customer and prospect to assess a risk if a loan is asked. These information are sensitive and juicy target for hackers. Moreover, loan applicants often need to share these information with several banks to increase their chance to obtain a loan but also increase the chance for these information to be abused. With Hyperledger Indy, applicants can share only the information the banks need to make a decision without placing any personal data in the equation. Thanks to a secured blockchain, applicants can disclose the assessed information confidently and banks can conform with regulation and rely on this distributed ledger that acts as a source of truth. On top of that, we can imagine the Hyperledger Burrow that would turn the loan application into a smart contract, attaching identities to the loan.

Although most Hyperledger’s projects are still in the development phase, some companies have started using Sawtooth or Fabric as enabler for empowering their product or service. Everledger for instance is a company that tracks high-value goods on their blockchain. This latter was designed through Hyperledger Fabric allowing clients, authorities, lawyers, accounts and every intermediary of the diamond’s supply chain to transparently track the recording process of diamonds. This reduces jewelry fraud (estimated at millions of dollars) by replacing the paper-based tracking method with a digitized one.

And Everledger is not the only one who saw the potential of Hyperledger’s projects. Spearheaded by Intel and IBM, their massive clients portfolio is starting to pay attention to the opportunities offered by private blockchains. Fortunately, as Sawtooth and Fabric are up and running, companies’ enquirements about business use cases can be answered.

Anyhow, Hyerperledger’s projects are on the verge to answer an enormous market where needs for collaboration have never been bigger.

With this in mind, Hyperledger announced on October 1st a partnership with its direct competitor, the Enterprise Ethereum Alliance (EEA). EEA is the global standards organization driving the adoption of Enterprise Ethereum, a consortium of companies from start-ups to industry-leader to answer business needs through a private version of the Ethereum platform. Both organizations are now each other’s Associate Member and co-contribute to their development.

This significant partnership proves that because distributed ledgers are being built in various industries, an open source and collaborative development strategy supporting multiple players across the globe is required in order to realize the promise of blockchain.

The willingness of cross-industry mass adoption in the coming years that would deliver billions in economic value can not be achieve by one company alone.

CEO of IBM Ginni Rometty declared that what internet was to information, blockchain is to transactions in terms of making them really cheap to record and easy to verify. A concern extremely true for worldwide companies.

In that perspective and to make the technology more mature, an important acknowledgment has been made by he Linux Foundation:

Based on that, Hyperledger is trying to find new ways to achieve consensus no matter the size of the network and to build private blockchains to match business needs, leaving Proof of Work alongside.

What you need to remember from this article is that Hyperledger will help secure and customize supply verifications, logistics, distribution and payment verifications between entities. Besides Sawtooth and Fabric which are the most advanced and well-known projects, Hyperledger has taken eight other initiatives under its wing, ranging from an implementation of the Ethereum smart contract engine (Burrow) to a distributed digital identity system (Indy) to an interoperability platform for doing transactions across ledgers (Quilt).

Finally, whether you are an entrepreneur, a project manager, a consultant, an advisor or an executive, be careful of which blockchain could answer your needs. Ethereum and other cryptocurrencies blockchain are not necessarily the keys to unlock industrial issues encountered in the business world. You might consider using Hyperledger Fabric or Sawtooth depending on what you’re aiming to achieve.

Just keep in mind what Brian Behlendorf rightfully said about blockchain: “it will shake up how business transactions are done, particularly in the finance and healthcare sectors”.