#WillTheyWon'tThey - Will Apple Get on The Crypto Train? 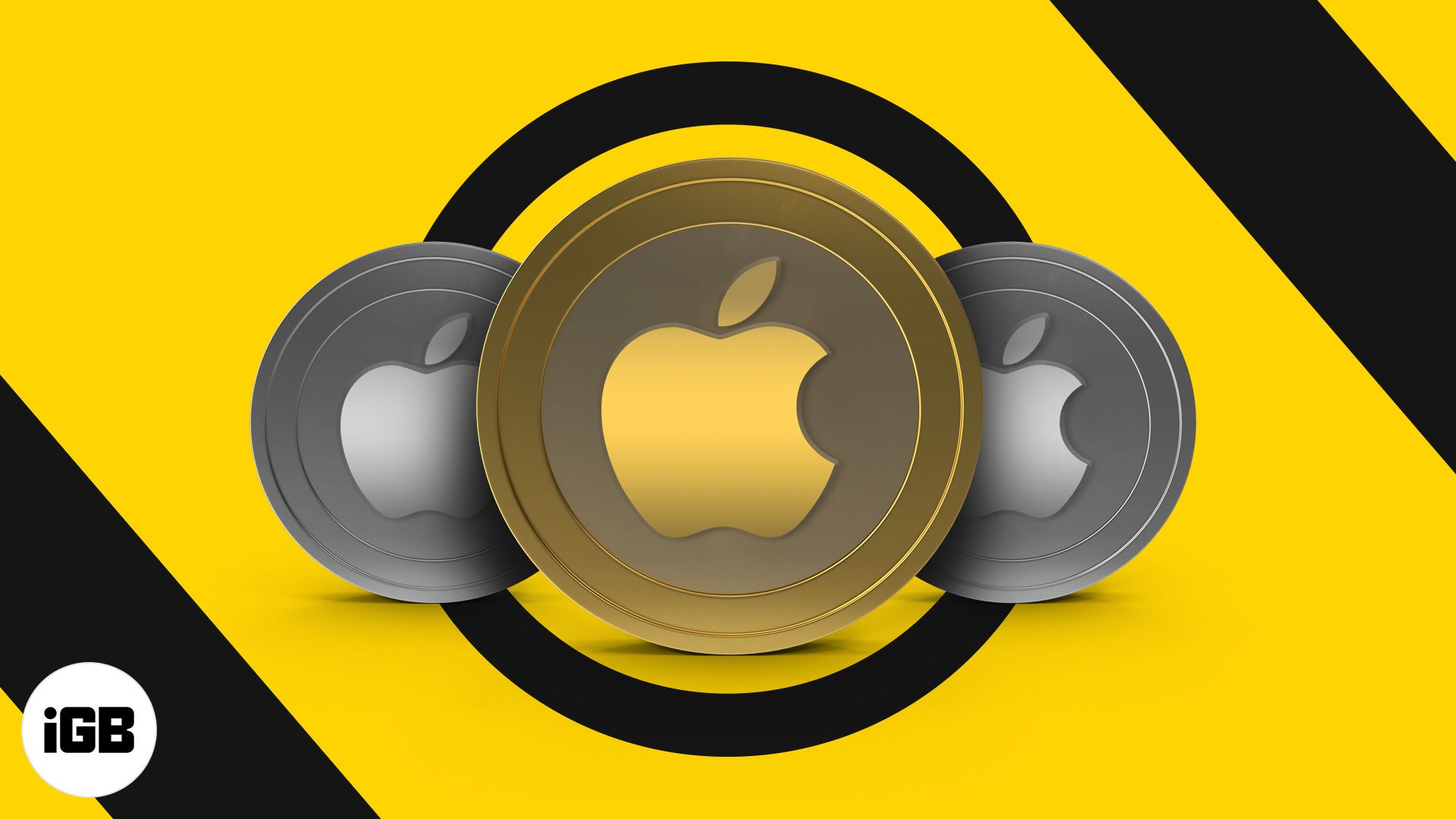 One of the best examples of Influencer Marketing, Elon Musk, has drastically changed how many cryptocurrencies were being looked at. It takes the market by storm, no kidding!

As it turns out, Elon Musk is one of the first ones to believe in cryptocurrencies; forget about investing in them. Warren Buffet has openly discussed cryptocurrency, and not in the right way. According to him,

“You’re going to be a lot better off owning productive assets over the next 50 years than you will own pieces of paper or Bitcoin.”

Apple’s CEO Tim Cook said in an interview with French outlet Les Echos: “No. I think that a currency should stay in the hands of countries. I’m not comfortable with the idea of a private group set up a competing currency. A private company shouldn’t be looking to gain power this way.”

The world has been ignoring this advice, and it has led to Bitcoin’s price hit an all-time high by 350% rise in a year! Will this change the opinion of the world leaders? For that matter, I always wonder, would the leading companies of the world ever develop their currency? I mean, they can venture into Blockchain by making a currency rather than investing in one.

I mean, wouldn’t it be an exciting event to see Apple’s Cryptocurrency? It may not be a feasible option for Apple to compete with Bitcoin, but what are the odds? Apple has not been keen on Cryptocurrency anyway.

Earlier last month, Apple’s VP Jennifer Bailey referred to Cryptocurrency as ‘interesting’ and mentioned the company has been keeping an eye on it. This statement by the VP entirely contradicts Tim Cook’s views on cryptocurrency taking the media by storm. This love-hate relationship between the two parties is not new, for it has been going on since 2014. Let’s travel back in time a little and understand this cold war in detail now, shall we?

In 2014, Apple removed all the blockchain wallet apps from its App Store without a direct explanation. This ignited a fire in the tech community for the following reasons:

Apple banned Coinbase and CoinJar, which are aware and still are among the most popular payment processors in the US. Apple also insisted Gliph remove the option that allows the users to send bitcoins.

Coinbase’s iOS app was blacklisted within three weeks of its launching, with no justification whatsoever. Before Blockchain was blocked, it had received a significant 120,000 downloads on the iOS App Store itself. Apple also had them removed from the Mac App stores. However, you had permission to install them from third-party apps.

The blockchain community was not ready to take this easily. And they subtly started responding to Apple after the first ban with their mind games.

For obvious reasons, Apple started seeing an exodus of bitcoin-using fans to Android because trading bitcoins was legal and easier on the Android platform. They had more wallets coming up to trade and make bitcoins, which made the transition pretty easy.

Kyle Drake, the lead developer at Coinpunk.com, was one of the significant members to start this protest by the following message:

“Bitcoin users, we need your help. We need you to take a stand against Apple, make noise, complain and show Apple that there will be consequences to their actions.”

Within no time, Apple came out as a bitcoin enemy. This drama seemed like a lover’s argument when Apple lifted the ban six months later, without any justifications again, which added to the confusion again. But, as I said, it was all but a lover’s paradise for Apple to keep lifting and adding these temporary bans every now, adding fire to the rumors every time.

Back in 2021, several crypto wallets were available in the app store that lets you carry transactions with ease. But the wallets lack a little something. According to RBC Capital Markets, this could legitimize bitcoins and make Apple a lot of cash. And this can bring in an interesting non-toxic turn to Apple’s cryptocurrency relationship.

It is being labeled as a cryptocurrency and comes with a lot of complications already. For starters, understanding the functionalities and its working method is challenging for most people. Buying crypto also comes with a bit of a learning curve.

Cryptocurrencies are not in their nascent stage; they can be called in their beta phase for sure. The world is yet to accept using it as a currency for real, rather than just trading them like stocks. Not many industries have started using crypto as a mode of payment. However, Tesla announcing bitcoin acceptance for vehicle purchases might change the scenario in the coming future. Bitcoin users will, at last, have more stories to share than Bitcoin Pizza Day!

But these are just the outer world’s way of looking at these procedures. The official departments and certifications have not been easier on crypto either. The Financial Crimes Enforcement Network does not consider Cryptocurrency a legal tender. On the other hand, IRS considers crypto as property and has also issued tax guidance. SEC believes cryptos to be securities, complicating the nature of the digital currency on the whole.

Just like Tesla and Musk’s influence on the currencies created a storm on the internet, a big company’s influence has the potential to trigger a unified stance on crypto, which according to RBC Capitals analysis, is Apple.

Tim Cook, Apple, and Cryptocurrency in 2021

With Cryptocurrencies becoming cooler in 2021, people indeed are more aware of the currency than they were a decade ago. But the contradictory statements from Cook and Apple’s VP don’t entirely clear out the company’s stance on the same. Cook’s statement does have a hidden meaning to it. Let’s try to break down his statement and understand the hidden meaning.

Tim Cook said that Apple wouldn’t be releasing currency that competes with conventional government-based currencies. This leaves room for other tokens or digital currencies in the market. (Bitcoins, are you listening?)

Well, I am just speculating, and I am not sure if this is a wise option to take, but what if it is? On the bright side, what if Apple comes up with a currency that can let you purchase Apple products, or Apple service or App purchases, and call it Apple seeds?

Jokes apart, this will help Apple increase the market value of its older products, although right now, it sounds like a drunk conversation across the table. Though Apple has a strict NO-NO policy against crypto at this point, one of the Apple exes doesn’t seem to think so.

Apple’s co-founder Steve Wozniak is backing up WOZX, a Cryptocurrency enhancing energy efficiency. The energy efficiency company Efforts launched WOZX. According to Woz, investing in WOZX will allow anyone to invest in the growing $250 billion energy-efficient markets and lead to meaningful environmental changes. WOZX sure looks promising with its movements on the chart, which launched for 22 cents a token on Dec 2 and currently stands at $1.13 when writing this article.

Can a cryptocurrency help save the environment?

Yes, it can! Let me simplify this for you.

So, when you invest in WOZX, you are buying a proxy for a stake in an energy efficiency project, thereby sponsoring environment-friendly products from LED lights and window glazing to power generators and thicker insulation.

Is Efforce making these products?

No. Energy servicing companies register their projects with Efforce, which are then provided with these contracted investments. These investments are the money you have put in WOZX tracked and verified by the online ledger called a blockchain.

Once the upgrades are done, smart meters start recording the energy saved and automatically add it to holders’ accounts as ‘energy credits.’ These energy credits are given to the users in megawatt-hours and can be used to pay back electricity blogs or be exchanged for cash with Efforce.

I know, this sounds more like a Kickstarter campaign than a legit currency, and this is the reason WOZX buyers are not credited as investors in the eyes of regulatory bodies. Here is what Andrea Coastigilone, Efforce co-founder, has to say about WOZX:

“It’s a token that generates a share in project proceeds and distributes them as credits.”

Woz, a crypto believer, has been eyeing crypto since 2018 when he went on public records stating that he wants bitcoins to become a single global currency. He had also joined a crypto venture sometime later, which sadly collapsed.

Despite its hidden intentions or complicated buildup, WOZX has higher chances of success due to Steve Wozniak himself backing it up.

“Details matter; it’s worth waiting to get it right.” - Steve Jobs

Apple might be taking Job’s words a little too seriously. Their role in Cryptocurrency at this hour is restricted to providing CryptoKit for iOS 13, which is a developer’s kit that easily creates hashes for digital signatures and public and private keys that can be stored and managed by Apple’s Secure Enclave. These keys are representative cryptocurrencies that iPhone owners can use as methods of payment through an app.

RBC Analysts do not agree to this and have a different POV on the same.

Apple should launch its Cryptocurrency

RBC Analyst Mitch Steves believes that if Squares can generate about $1.6 billion per quarter in bitcoin-related revenue with a user base of 30 million, then Apple’s install base with 1.5 billion and a user base of 200 million can generate 6.66 times more than Square.

“Therefore, the potential revenue opportunity would be over $40 billion a year (15% incremental top-line opportunity)”, says Mitch. “If Apple went down this path, the USA would likely acquire the most crypto assets from a global perspective,” the analysts wrote. “If the US owns the most crypto assets (be it bitcoin or other assets), it would not make logical sense in our view to ban it. In additiAlsople’s secure and world-class software, the US would be able to have confidence in user information and balances if needed in the future. “

Apple and Cryptocurrency: The Bottom Line

With Apple giving mixed signals and RBC Analyst’s research paper throwing some critical insights on Apple’s monetary benefits, the idea of Apple cultivating its own money sure sounds like a cherry on the cake.

However, it is implausible for Apple to develop its Cryptocurrency in the coming decade because it focuses on its electric vehicle venture and fixing the e-waste it has been producing over the years. For all I can spectate, Apple might focus on the fueling industry in the coming decades, considering its debut in the automobile industry.

Likely, Apple’s Wallet will eventually be able to handle Cryptocurrency. Still, it will test the waters a little more and wait for more brands to pitch in than the infamous Pizzeria and Tesla.

“The greatest market share would come from an exchange, but it could benefit from adding a digital currency to its balance sheet, which would send even more users to “Apple Exchange." -Mitch Steves, RBC.

Related Stories
Subject Matter
Apple M1 Chip Review: How Apple's First Processor Is Taking The Laptop Industry By Storm by @harshanki
#macbook
Financial NFTs Will be the Real NFT Boom by @elizabeth-levine
#nft-top-story
Decentralized Governance & Governance Tokens by @andrarchy
#decentralization
Secure Sessions in JavaScript: Forking Express-Session to Improve Security by @0x0ece
#cybersecurity
Node.js Vs Flask: Which One Has A Better Performance by @radleylewis
#nodejs
Markdown Support is Nigh by @RichardJohnn
#markdown