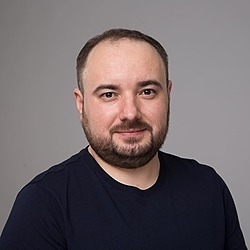 The Rust programming language is an ambitious project of the Mozilla Foundation – a language that claims to be the next step in evolution of C and C++. Over the years of existence of these languages some of their basic flaws still haven’t been fixed, like segmentation errors, manual memory control, risks of memory leaks and unpredictable compiler behavior. Rust was created to solve these problems while improving security and performance along the way.
Evrone has found use of Rust in a lot of projects, and our engineers have amassed substantial experience with the language. In this article we’ll tell you about the main features of Rust.
Feature rundown

History of Rust
Work on Rust was started in 2008 by enthusiast Graydon Hore. In 2009 Mozilla expressed interest in the project, and just a year later the project was announced publicly. 2012 saw the release of the first alpha version of Rust. A year later, developers of the Servo web engine that is based on Rust announced that they had received support from Samsung. Thanks to that the engine was ported to the ARM architecture.
Rust 1.0 was released in May 2015. The same year, the language was placed third in Stack Overflow’s poll of favorite developer tools. Starting from 2016 and to this day, Rust tops these rankings.

Reasons to use Rust
Pros
Cons

Use cases of Rust
The language supports the main programming paradigms: object-oriented, parallel, functional and procedural. It provides enough control over memory and is secure enough to become a popular tool for OS and key application development. Its main drawback, however, is insufficient support from hardware manufacturers who prefer using more ubiquitous C and C++. Here are some of the successful software projects written in Rust:
Blockchain in Rust
Distributed ledger-based systems have to be able to quickly process requests within the network with minimal computing load for the device. C++ tools are very well-suited for this task, so developing blockchain architecture using Rust will prove even more effective. Those are the notable examples:
Rust can be used for creating web projects: the language’s SDK can be utilized for both the frontend and the backend sides of the application. For example, the client side is done via Yew – a framework inspired by React and Angular. Web servers can be easily created using Actix-web – a very performance-oriented framework with support for WebSockets, TLS and HTTP/2.0.
Other tools enabling the use of Rust for the web are also available: rocket, conduit, gotham, pencil.
Some of the successful Rust projects:
Rust-based neural networks look like a very prospective venture. The Rust API can become a popular tool for this purpose thanks to its performance and a low-level memory control using high-level abstractions.
But at the present moment, machine learning applications using Rust are only at an experimental stage. The Rust ecosystem lacks proven and reliable libraries to develop neural networks similar in features to Python-based ones.
Future of Rust
C++ has been dominating the programming language landscape for almost 40 years, becoming an industry standard and rightly holding onto that title to this day. Rust is being actively developed and refined trying to solve the most critical flaws of C++ and other programming languages.
Among Evrone projects built with Rust we can point out at a large ERP system for a restaurant chain. Within it, Rust handles micro services serving the users data about the nearest restaurant. It is also the base of self-service information kiosks.
Another notable use of Rust is Vexor – our continuous integration service. There, Rust is responsible for managing and scheduling tasks, the automatic computing power purchaser and the logging system, as well as serves as the basis of an agent handling isolated executions of tasks on workstations.