Why New Hollywood Is Winning During the Pandemic 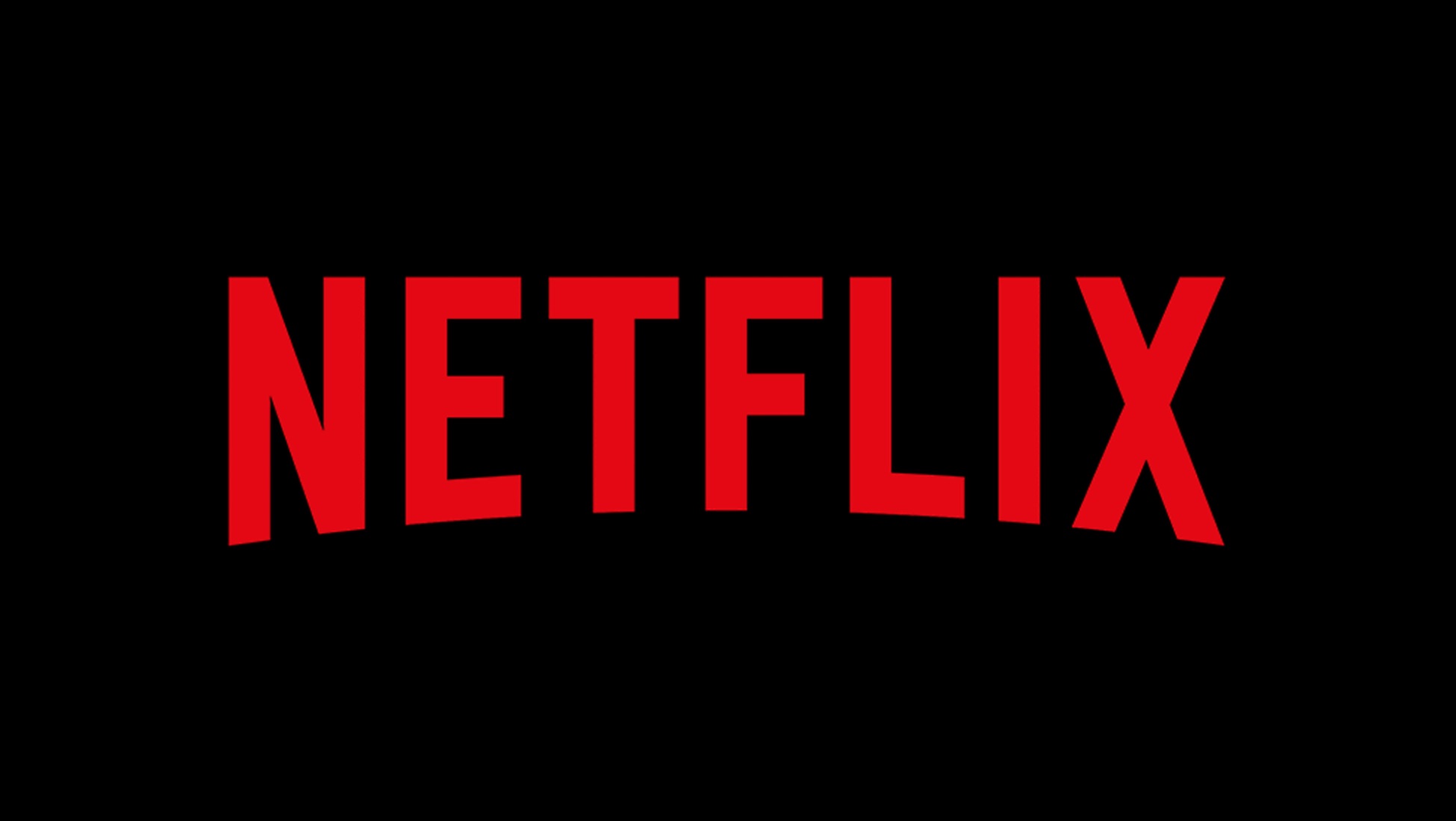 Remember when Old Hollywood thumbed its nose at Netflix for skipping a wide theatrical release with The Irishman in 2019? No one is scorning Netflix or any of the streaming services anymore.

The COVID-19 pandemic has upended the Old Hollywood distribution system. Movie theaters around the world are teetering on the edge of collapse because of declining attendance and closures during lockdowns. As a result, studios are denied an essential revenue stream to recoup the cost of making films that they’d already teed up for release in 2020 – with No Time to Die and Wonder Woman 1984 being two notable examples.

Plan A: delay the theatrical release of their films, hoping for a rebound in theater attendance even as the pandemic worsens.

Plan B: recoup some of their losses by selling the movie distribution rights to streaming platforms such as Amazon Prime and Netflix.

Many studios are choosing Plan B. With movie theater chains such as AMC openly talking about going out of business, Plan B might soon be the only choice for the foreseeable future, thus making the New Hollywood streaming services even more powerful than they are already.

The list of films being sold to streaming services continues to grow. For instance:

It’s easy to see why studios are unloading these films. Streaming services have reported massive increases in viewership during the pandemic. Disney+, launched in November 2019, now has 73 million paid subscribers. In the first nine months of 2020, Netflix gained more paid subscribers than it did for all of 2019. Meanwhile:

But peddling movie distribution rights to streaming services is no slam dunk decision, as the saga of No Time to Die shows. MGM had originally slated No Time to Die for a May 2020 release, and hopes were high for the final James Bond movie to star Daniel Craig. But as the pandemic worsened, MGM delayed the release of the movie to November 2020 – and then to April 2021. Meanwhile, as reported in Variety, MGM shopped No Time to Die to streaming platforms such as Apple TV+ and Netflix. But the film has a staggering $301 million budget, and to recoup that cost, MGM offered a price between $600 million and $850 million, which was unacceptably high to Apple and Netflix.

Now MGM is like a homeowner who sinks a fortune into improving the house only to find no buyers on the market. And James Bond is left cooling his heels -- probably for months to come unless MGM lowers its price or some sort of miracle happens in 2021 to convince people to go to theaters again. It should be noted that the stock for AMC and Cinemark rose after Pfizer announced a vaccine breakthrough – a glimmer of hope.

Meanwhile, theater chains and studios are scrambling to find a new way forward. Universal has struck deals with both AMC Theatres and Cinemark to shorten the theatrical windows of Universal releases to 17 days, with Universal sharing video-on-demand sales with the theaters. These agreements are highly unusual. But desperate times call for new thinking.

Disney Plays Its Ace in the Hole, Disney+

Disney is an Old Hollywood business that made the transition into New Hollywood by taking an ownership stake in streaming service Hulu before launching its own service, Disney+. Disney made both moves in 2019, and both might have saved the company. The pandemic has crushed Disney’s studios and parks/resorts division. But streaming is a different story. Disney recently reported that its Direct-to-Consumer and International division, which includes streaming, had generated $4.85 billion in revenue for fiscal 2020, up 41 percent year over year.

Quite sensibly, Disney has now reorganized the company around its streaming content. In addition, Disney is skipping movie theaters and taking its new movies to streaming services, most notably Mulan in September and Pixar’s Soul, which opens December 25 on Disney+. Skipping theaters with the release of Mulan shocked the movie industry. But as Kay McGuire of Screen Rant discussed in an analysis of Mulan’s financial results, Disney+ was a lifeline for Mulan:

Mulan was a success for Disney+, significantly increasing the number of subscribers and proving that almost 100,000 people would pay an additional $30 to access the film. While Mulan suffered from calls to boycott the film following Liu Yifei's comments about the Hong Kong protests, alienated Chinese audiences with its all-white production team, and dissuaded American audiences by cutting the songs and characters that made the animated Mulan so beloved, it still managed to bring in $35.5 million from streaming alone. If Mulan had premiered in theaters with the same opening weekend box office, it would have been a massive commercial failure and the lowest-performing live-action Disney remake, tying with Maleficient: Mistress of Evil. Because Mulan premiered only on Disney+, the total gross is a victory and a sign that future releases that premiere on streaming can still be successful.

New Hollywood claimed another victory recently when it was reported that Director David Fincher had signed an exclusive four-year deal with Netflix. Fincher, responsible for prestigious titles such as Fight Club and Zodiac, is releasing his latest movie, Mank, on Netflix in December following a brief theatrical run.

Of course, Fincher is not the only major talent to turn to Netflix. As I’ve written, Netflix has become the home for filmmakers ranging from Alfonso Cuarón to Martin Scorsese. Notably, Cuarón partnered with Netflix to create his groundbreaking Roma, which won three Academy Awards. When discussing Roma at the Golden Globes, Cuarón said, “My question to you is, how many theaters did you think that a Mexican film in black and white, in Spanish and Mixteco, that is a drama without stars — how big did you think it would be as a conventional theatrical release?”

Similarly, Scorsese released his epic The Irishman on Netflix in 2019. Like Cuarón, he praised Netflix for giving him artistic freedom.  As he said at the Marrakech International Film Festival: “People such as Netflix are taking risks. ‘The Irishman’ is a risky film. No one else wanted to fund the pic for five to seven years. And of course we’re all getting older. Netflix took the risk.”

Fincher is a risk taker who has directed bold and controversial movies. He’s collaborated with Netflix for years through his involvement as a director and executive producer for House of Cards and Mindhunter, as well as executive producer for Love, Death & Robots. A four-year deal frees him from the pressures of delivering a box-office champion in opening weekend because movies can gradually build an audience during their extended runs on Netflix.

He is the ideal artist for Netflix – a visionary with a loyal audience, and someone who is disenchanted with Old Hollywood. As he told Total Film magazine recently, “Unless you’re making a tentpole movie that has a Happy Meal component to it, no one’s interested.” In his remarks about the Netflix deal, he noted, “I signed this Netflix deal also because I'd like to work like Picasso painted, to try very different things, to try to break the shape or change the operating mode.”

Netflix also offers its powerful brand name, deep insight into audience preferences due to its data science capability, and an uncanny ability to create cultural relevance. All of those are the trademark of a New Hollywood operation.

Where Do We Go from Here?

The artistic exodus to Netflix reflects a reality that was already creeping up on Old Hollywood: the old ways of distributing movies were already changing. In 2019, ticket sales in North America totaled $11.4 billion, down 4 percent from 2018. As Brooks Barnes and Nicole Sperling of The New York Times reported in March,

Looking at the last 20 years of attendance figures, the number of tickets sold in North America peaked in 2002, when cinemas sold about 1.6 billion. In 2019, attendance totaled roughly 1.2 billion, a 25 percent drop — even as the population of the United States increased roughly 15 percent. Cinemas have kept ticket revenue high by raising prices, but studio executives say there is limited room for continued escalation. Offerings in theaters may also grow more constrained. Even before the pandemic, major studios were starting to route smaller dramas and comedies toward streaming services instead of theaters.

The pandemic accelerated dramatically a trend that was happening already: the rise of New Hollywood. In fact, New Hollywood streaming companies were already beginning to acquire brick-and-mortar movie theaters in order to meet the distribution requirements for a movie to qualify for an Academy Award. Now the tables are turned. But streaming companies have little motivation to buy movie theaters at this point – it costs enough to create content let alone distribute it. One fascinating possibility is for Amazon to scoop up some cash-strapped theaters and hold on to them for when people return to movies, as has been speculated. I could see movie theaters becoming cash cows for Amazon to hustle its private label brands in the lobbies and offer special rewards for Amazon Prime members. The time might be right for Amazon to make a move.

For now, we’re living in a streaming-first world that New Hollywood created.

Note: I am an investor in Amazon, Apple, Disney, and Netflix.

Related Stories
Subject Matter
Contact us for Digital Product Development by @AWH
#promoted
From Fortnite to Fashion: How Travis Scott Creates Cultural Relevance by @davidjdeal
#fortnite
3 Reasons Why Blockchain Won't #ReleaseTheKraken: An Interview with John Sebes of TrustTheVote.org by @benjaminbateman
#blockchain-voting
The Era of Attention Economy and Its Destructive Impact: Reasoning by Examples by @maddykutechno
#mindfulness
GANverse3D Turns a Single Image Into 3D Objects by @whatsai
#ai
Important Business Lessons You Should Learn From Netflix by @manumittal
#netflix
How We Built 10 Products In 12 Months by @mailmanhq
#product