Why Governments Use Mass Surveillance⁠—And What To Do About It 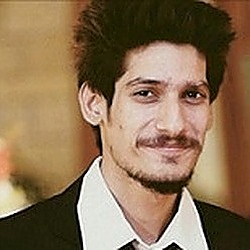 Analogue at birth, digital by design!

“I’m not a terrorist, why should I be worried about my data being monitored?”

The increased exposure to the digital world is continuously revolutionizing our lives. We no longer want to socialize face-to-face, relying on online mediums for communicating. We hate going out and opt for shopping through e-commerce stores in the comfort of our homes.
Everyone is an “influencer” of some kind, and we can’t stop comparing our online presence on social media platforms. Sadly, we’ve all fallen victim to a virtual fantasy. One that is quite deadly, especially when you realize you’re under 24/7 surveillance.
Of course, most people don’t give a shit. They’d take a selfie, upload it on Instagram, Snapchat, Facebook, WhatsApp, and continue with their lives. Others say, “I’m not a terrorist, why should I be worried about my data being monitored?”
Following this lack of knowledge, I decided it’s imperative to breakdown why governments are indulging in the mass surveillance of citizens…

What is the Purpose of Government Surveillance?

Most people have this misconception that surveillance is a necessary evil for preventing terrorist attacks. That’s where you’re wrong, though. The act can no longer be said to preserve the sanctity of authoritarian and dictatorial states. It’s about “world dominance.”
Every country is in a rush to boost their economy, and the only way to do that is learning what its citizens are up to. That’s why governments like those in the U.S., UK, Australia,New Zealand, and Canada have formed partnerships in sharing intelligence.
They even have a name for it, “Five Eyes Alliance.” Then, you have other countries joining them with lesser privileges, making up the Nine and Fourteen Eyes Alliances. The worst part is, most only got to know about this when Edward Snowden leaked highly classified information from the NSA.
It came to light that notable individuals like Charlie Chaplin, Storm Thurmond, Nelson Mandela, Jane Fonda, Ali Khamenei, John Lennon, and even Princess Diana were targeted for surveillance. Admittedly, most of them had terrorism-related agendas, eh?

The United States of America and Government Surveillance

The U.S. government has unrestricted access to all data collected by phone companies on American soil. At the same time, it has a direct line into records of internet companies like Twitter, Microsoft, Google, Yahoo, and more. This is what enables them to spy on citizens all around the GLOBE!
Individuals living halfway around the world use these platforms. And since they have their headquarters on American soil, they will have to comply with any request of information through a subpoena, court order, or even a search warrant. That’s why the U.S. Government passes mandatory data retention laws.
Of course, Google says it will email users if data is requested unless the gag order prevents them from doing so. However, we all know better that “informing” is not an option in most cases. Take Australia, for example, which has been subject to surveillance from the US.

Facebook photos, phone calls, and Gmail records have been vulnerable to examination and investigations. And this wasn’t only limited to famous individuals, but the common working man. In just a few months, we’ve seen a dozen reports of spying.
The US kept an eye on the British legislation that could potentially replicate or enhance the tactics used by the NSA, the French and Spanish governments trying to legalize Trojan software for law enforcement, and even on UN partners, officials, and secret pacts.
These events should cause us to recognize how much we have given up by falling in blindly to the virtual world and its perks. We haven’t a single idea on how much has been taken from us, in the premise of security, particularly since the attacks of 9/11.

How Other Countries are Following Suit

With the US already going strong in surveillance activities, these trends are being replicated in other countries. Australia’s Attorney General’s department, for instance, has been submitting proposals to increase
the scope of surveillance on Australian citizens.
They even introduced a scheme mandating the collection and retention of data on the web activities of citizens. Can you imagine what a treasure trove this can be for the government? They will have info about who we talk to and for how long, who we shop with, who we bank with, and who we meet.

This enables them to create a detailed profile of your activities, relationships, movements, and associations, making us vulnerable to control and manipulation, without us, even knowing it. All while, increasing their scope of “lawful” interception of communications.
Further investigations reveal that the Australian Government is also working on improving its capabilities relating to conducting surveillance activities. They have begun investing in and acquiring technology that could grant law enforcement the abilities to hack phones and computers.

The United Nations Has Taken Notice of These Surveillance Trends

If you feel that I’m just blabbering away here, you must know that even the U.N. has taken notice regarding the spreading surveillance trends. A
report points out that safeguards must be taken to protect private
communications from the interruption of governments.
The U.N. believes that this increase in surveillance tactics and technologies will result in the elimination of a citizens’ autonomy, free speech, and political participation. As mentioned earlier, since surveillance means governments know EVERYTHING you do online, you’re easier to control.

According to the U.N., mass surveillance activities and the subsequent invading of privacy is a human rights issue, linked to detention, torture, and extrajudicial killings. One that shouldn’t be handed over for state control and domination. If everything we do is monitored, the social contract will break, and individuals will fail to recognize their democratic rights to think, grow, build, and participate.
In simple words, everyone will become a puppet to their respective countries, as citizens will fail to form or communicate private thoughts, without the interference of the state. Again, this is a serious issue, as it deprives humans of dignity and their right to privacy.

While Google does play a significant role in providing law enforcement agencies, the information they need to intervene in the private lives of people, they also make sure to spread awareness.
In a “frequently asked questions” page, the search engine giant explains what exactly happens when a government requests for access
to your private data. As you probably know, Google likely has more
information than entire governments combined. Thankfully, they aren’t subject to the U.S. Fourth Amendment, which guards against “unreasonable seizures and searches.”
However, they still have to comply with legal requests by U.S. authorities and other governments around the world. Of course, Google doesn’t make this easy and tries their best in “scrutinizing requests carefully” to ensure it meets a legal standard and its policies.

The proper way is for “a request to be made in writing, signed by an authorized official of the requesting agency, and issued under an appropriate law.” Google elaborated more on what data they are usually bugged on revealing to authorities who get their request approved.
In the circumstances of a subpoena, the search-giant may reveal subscription registration information (name, account creation data, associated phone numbers and email addresses), sign-in IP addresses, and associated time-stamps. For a search warrant, they might have to provide the content inside private emails, which again is a direct violation of an individuals’ right to privacy.
This move by Google on revealing their processes on complying with requests for information is a plausible move. The search-engine giant has done something extraordinary by giving its users a hint about what data they are forced to give away.

How Can You Receive Protection from Surveillance?

One of the first steps you can take to leverage anonymity and keep your activities hidden from the prying eyes of governments and intelligence agencies is to invest in a reliable VPN service. These tools use military-grade encryption for increasing your privacy online.
By shifting your location and assigning you a new IP address, you stay clear of surveillance. You technically become invisible on the internet, as the IP is not only assigned to you but dozens of users located around the world. If you connect to one, nobody can trace it back to you.

As another option, I even recommend users to use the Tor network or combine the benefits of both technologies by utilizing VPNs and Tor in conjunction. Just make sure that the provider you choose is based in a safe location, away from the Five, Nine, and Fourteen Eyes alliances.
Why? Because similar to Telephone and Internet Service Providers (ISPs), VPNs are forced to comply with the data retention laws made mandatory by these invasive governments.

Mass surveillance is a global issue, and we can’t come up with a solution to stop these governments, until we take it seriously ourselves.
I know it is easier to not worry about such things, as it may seem like it doesn’t concern you.
However, that is exactly how they control and fool us.
It is time we all resolve to be more cyber aware, and speak up against governments conducting mass surveillance projects on citizens! 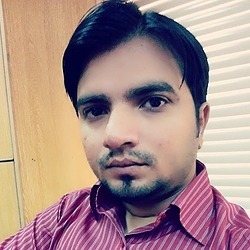