Why did a Google Algorithm Update Threaten to Shut Down CCN? 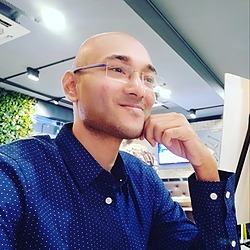 Ever since the Google algorithm update, every webmaster has been fast at work analyzing the damage and finding clues to what may have caused it. Since it’s always hard to tell the issues with a non-technical standpoint, many are still left dumbfounded as to why they lost traffic.
None were as surprised as the popular cryptocurrency website CCN, though. The website had lost so much of its traffic, and subsequently, a large chunk of its revenue, that it was believed the founders were going to press the off button.
Right after that news was out, it seemed that the website was making a comeback evidenced by improving traffic numbers, but was simply due to the fact that everybody’s onto this new drama of the industry.

One question that needs to be asked is “Why”? Why did CCN take such a large hit while others survived or even benefited from the update? What could have been done differently?

Flaws in the design

Due to inherent flaws in the design of the marketing strategy of the website, CCN lost more than 71% of its search traffic overnight, which subsequently caused a loss of almost 90% of the website’s revenue.
Nearly everybody thought that it was simply due to the Google algorithm update, but looking at some of their competitors, such as Cointelegraph, we see a completely different picture.
CT only lost 21% of its traffic, and the rarest occasion was that an upcoming crypto website, Cryptopolitan.com actually benefited from the update by getting more than a 100% increase in its search traffic.
All three of these websites have very similar content on their platforms. The difference is in how they promote that content.
Furthermore, the average traffic on cryptocurrency related websites were always hitting millions, therefore it’s not like there wasn’t any interest in the crypto space anymore, it was about reaching these people in more diverse ways.

The first clue that we encounter is the revenue loss due to traffic loss. It should strike out immediately that the website was way too reliant on its search traffic for revenue, which most likely came from display ads.
This was already dangerous as Adblock usage is massively on the rise. But that’s not all of it.

One thing can be said definitively, that CCN largely ignored the content marketing tactics that other websites would rely on in case of a Google update like this. In conclusion, its competitors were much more prepared for the onslaught and that’s why they survived.
Let’s simply look at the numbers. Comparing CCN’s social media activity to Cointelegraph’s already shows us a lot of data. The difference between engagement was clear, and the promotion of the most relevant content was present.

For example, Cointelegraph, although completely oriented on the news, managed to gain a lot more following on Facebook (718k likes), compared to CCN 27k likes. However, the “anomaly” was that Cryptopolitan as an upcoming site had more social following than CCN.

Let’s remain on the Facebook topic. The clear difference between Cryptopolitan and CCN is immediately apparent.
Despite the differences in size, Cryptopolitan still managed to gain a lot more traction from Facebook and various other channels such as Telegram, Reddit, Twitter, etc.
By targeting the most relevant news, such as crypto price predictions and analysis, they managed to trim down to the essentials. For example, when CCN was posting a news piece on the Facebook channel, Cryptopolitan was focusing on showcasing their price predictions, which were already performing extremely well through search traffic.
Furthermore, it was better seen by Cryptopolitan that posting on Twitter would be much more effective as that’s where most crypto enthusiasts spend their time, because of numerous crypto CEOs usually disclosing vital information there.

And when you take a look, comparing the age differences of Cryptopolitan and CCN it’s apparent that CCN has been underperforming in terms of tweets.

In a sense, even if Cryptopolitan had taken a hit in search traffic, it would still have mitigated the damage through content marketing channels.
In this case, Cryptopolitan remained confident due to its reliance on display ads, simply because it had a Plan B when it came to traffic. If the update had hit it as well, it would have caused maybe a 20% tumble rather than a 90% nose-dive.

Relying on social media alone may have been relevant five years ago, but these days people require additional content, be it videos, audio, podcasts, infographics or simple images detailing a specific topic.
Because of such demand, it’s only natural that content creators striving to achieve as much traffic as possible, utilize all of these channels. Unfortunately, when we take a look at CCN, the YouTube channel is and was not performing as well.
Furthermore, in some cases, the videos being uploaded were not even cryptocurrency related.

Therefore, even if crypto enthusiasts subscribe to CCN, they still wouldn’t be receiving CCN videos in their suggested videos due to the YouTube algorithm. The only explanation to the numbers is the age of the YouTube channel, but for a large website like this, it should have been tacked on the moment it was first founded.
Comparing that to Cryptopolitan’s commitment to the Youtube channel, we immediately see a massive difference.

And a few months after, here is where it stands:

Despite the fact that Cryptopolitan is a much younger website, it had taken care of its YouTube channel a lot earlier, as early as August 2018, and has been posting only crypto relevant content, therefore giving more reason for the YouTube algorithm to recommend the videos to relevant viewers.
Furthermore, if we take a look at the way articles are published on both websites, we notice that Cryptopolitan also supplies audios on its posts, which makes it much more “versatile”. This means that specific channels dealing with only audio content would have it much easier by simply sharing or featuring those articles.
Overall, the distribution of the content across various channels amounts to the diversification of traffic. This means that if at least one of the sources gets damaged, the website will have at least four or five additional ways to improve that number.
For CCN, when its website took a hit from the Google algorithm, it didn’t really have any other way besides brand recognition and loyalty from its already existing audience. But the fact is that the crypto community very rarely relies on one source and one source only. They try to diversify between websites, and the ones that show up first on their searches are more likely to be visited.
Furthermore, the promotion of random news pieces which are usually there to fill the gaps between price analysis and predictions don’t really perform that well, therefore generating traffic on those pages needs to be done from somewhere else, such as YouTube videos, infographics and various other audio and video material.
In terms of price predictions, it rarely needs an additional push as getting queries for those is a daily occurrence.

Will the crypto space be conquered by mainstream media?

As it seems at the moment, websites with broader financial niches are ranking much better than crypto sites, but that doesn’t mean that the industry has been hijacked completely.
The visitors of some of the websites will continue to return, simply because of brand recognition.
Furthermore, very few crypto-literate viewers will start accepting out-of-market entities as their primary source of information.
CCN should act as a case study for any crypto webmaster, or future digital property owner. Relying on only one source of income is never a good idea. It may be generating you millions in revenue, but if it’s not diversified it can be cut off overnight, similar to what happened to CCN with a 90% revenue drop.
Simply looking at other websites like Cryptopolitan, even if they had a similar drop in search traffic as CCN, they would still have channels like their Facebook, YouTube, Telegram and various other channels to rely on in terms of traffic and so many other revenue channels.
At the moment, it’s advisable for small crypto websites to drive traffic from content marketing tactics primarily, as search traffic is unlikely to increase without some serious effort and resources, which most websites simply do not have or cannot afford.
Disclosure: I have been a client to most media outlets in the crypto space, including those mentioned above. I have also contributed content or been cited in most of the media outlets. As of this moment, I have a couple of contributed articles in Cryptopolitan.com from few months ago.