Originally published by babulous on May 24th 2017 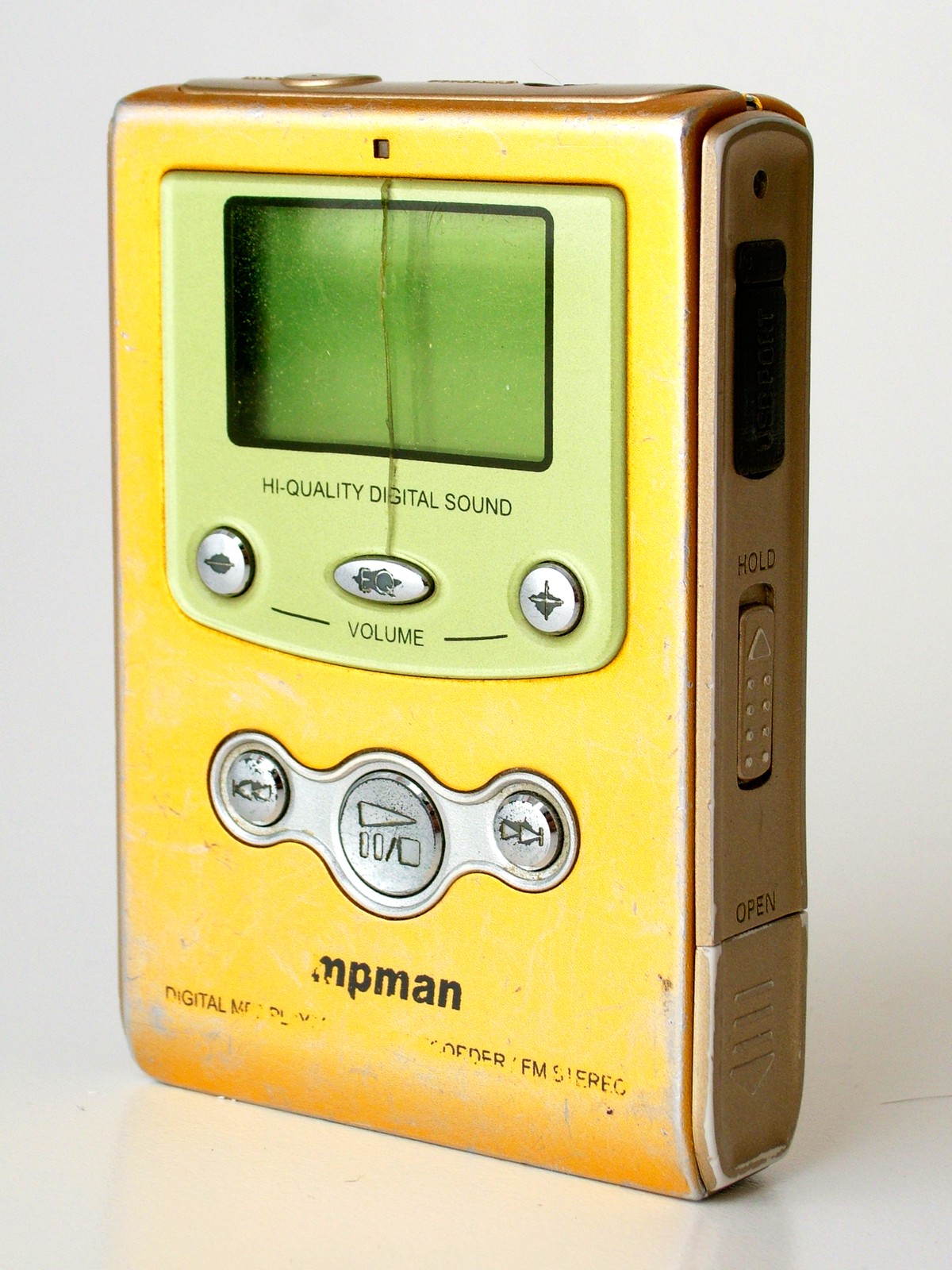 Apple didn’t invent the MP3 player. A company called SaeHan did, when it started selling a basic 32MB solid state player for $400 in 1998. What Apple did was refine that ugly, hard to use MP3 player at two levels. The first was to create an easy to use, reliable software for the player. The second was to turn it into a finely crafted, and aesthetically appealing piece of industrial design. Today that original click wheel iPod looks dated. But its user friendly interface and appealing design was responsible for setting a new benchmark for consumer products. That iPod and its later incarnations have sold over 390 million units till date, and laid the foundation for the Apple of today.

This philosophy of refining existing technologies with a blend of user friendly interfaces and great design, rather than inventing a new technology, is now almost a trademark of Apple, and a major factor in its success. Take the mobile phone. It wasn’t invented by Apple either. But the first iPhone released in 2007, changed the idea of what a cellphone can do, how it can interact with us, and what it can look like. The Time Machine is another example. Backup software existed on the Windows platform (like GoBack) but Apple made the jump to combine hardware and software into a seamless experience that automated backups without us even having to think about it. This applies even to software. Take widgets in a phone’s notification system. Android had it long before it eventually showed up on iOS.

They say ‘Imitation is the best form of flattery.’ As Steve Jobs said in 1996: “Picasso had a saying: ‘Good artists copy; great artists steal,’ and we have always been shameless about stealing great ideas.” I think what Picasso meant is that many artists first learn their craft by copying and mastering the strokes of another artist they look up to. Once they are able to perfectly reproduce the style, they use that as a foundation to develop their own style and strike out on their own.

Look at it that way, I don’t see anything wrong in Apple copying and refining the technology of its competitors, as long as it does not infringe any patents. After all, it’s the users who come out on top as they keep getting better products. In any case, copying is a two way process. Android for instance, now has fingerprint access, which was first introduced to the world as Touch ID on the iPhone.

Naturally, many companies have tried to copy Apple’s design philosophy, By the time Apple starting suing them, it may have been too late. Samsung for one, had established a name for its elegantly designed phones, and is actually pricing some of its phones higher than iPhones. But Samsung hasn’t quite got right Apple's mix of software and hardware.

And that’s when Xiaomi entered the scene.

This Chinese startup’s goal seems to be to replicate the Apple model. Starting a few years ago, these guys have literally copied everything from Apple, from product finish, website design, branding simplicity, and look and feel of MiUI (modified Android user interface). I think one reason Apple may not have sued Xiaomi so far is because they aren’t yet in the US.

Xiaomi has one strong differentiator that makes it stand out from the crowd. Unlike Apple as well as the other Androids, Xiaomi offers high end specs at affordable prices.

And that’s what led to my first encounter with Xiaomi.

For me, the main issue with Apple has always been its price. I would prefer to pay less, and have a shorter upgrade cycle, rather than be stuck with outdated hardware. (My iPad 3 for instance, is 32 bit, and Apple will be discontinuing 32-bit apps in iOS 11.) If not for Apple’s perfect blend of software and hardware plus my investment in apps from Apple’s AppStore, I would most probably have gone over to Android lock, stock and barrel.

In fact, I did switch to Android (a Nexus 4) when my iPhone 4 began to have an issue with its speaker. I got a Nexus 4 but I wasn’t used to Android, and when I got a chance for a refurbished iPhone 5 at a bargain price, I returned to Apple. That iPhone 5 lasted a couple of years before its display crashed unexpectedly. I had kept the Nexus 4 as a second phone, and exchanged it for a Mi4i from Xiaomi as I had been hearing about this Apple clone, and wanted to try it out. But I again switched back to Apple when my wife gifted me an iPhone 6s+. Her explanation was it was the first time she was able to get me a gift I value.

The Mi4i was with me for nearly two years. For ₹10000 ($155), it was a pretty decent phone. But it developed a couple of issues as time went by: its battery would run out pretty quick, and it couldn’t handle VoLTE too well.

The latter was a deal breaker for me as I use the Jio network, which needs VoLTE to make calls. So I exchanged the Mi4i for the Redmi Note 4, which is one of Xiaomi’s hottest sellers in India. I haven’t had time to try out the Redmi but what little I have seen of it is pretty impressive. Its all metal finish looks pretty sleek and feels compact. The modified Android works like iOS, so there’s not too much of a learning curve for an iPhone user.

The Redmi even has some advantages over my iPhone 6S+. Like its fingerprint scanner works even if my finger is wet. Unlike the Touch ID on my iPhone 6S+ which consistently rejects my sweaty fingers. The higher price of the iPhone does show in its far more capable camera and so on.

But what I find interesting is how Xiaomi is trying to apply the Apple philosophy of taking existing technology and trying to make it better.

Take this business of screen captures for instance. iOS has this system by which you press the home button and power button simultaneously to capture the screen. Later they came up with this ‘assistive touch’ feature which allows the use of a floating menu ball that can be customised to have among other things, a screen capture button.

Android followed faithfully in the footsteps of iOS and soon enabled screen captures by pressing the power and volume buttons (though I could never remember if it was the ‘volume up’ or ‘volume down’ button that had to be pressed). This was later supplemented with the more easier pulldown screenshot widget.

Xiaomi has taken this a couple of steps further. It recently introduced the Quick Ball, a floating menu which is similar to iOS’s assistive touch. Better still, they have also configured MiUI to take a screen capture with a three finger downward swipe. There’s even a scrolldown screen capture feature which allows you to capture long scrolling pages on one long screenshot. Unfortunately this scrolling screenshot feature isn’t working on my Redmi.

And that’s where the difference with Apple shows up. If something doesn’t work in Apple, you can google it, and find a solution posted online by one of Apple’s many knowledgeable users. But Xiaomi is too young and too niche to have such a vast base of users who can support each other. They do have an MiUI forum similar to Apple forums but I couldn’t find even a reference to the scrolling menu that wouldn’t work. Xiaomi does have a long way to go.

These tiny UI tweaks are just an indication of the lengths to which Xiaomi is going to work into its genetic makeup Apple’s philosophy of fine design and user friendly technology. In some ways, the student is excelling the master.

Take the smartwatch category where Apple Watch rules. This is one Apple device that has left me cold. It’s not just the price that puts me off. The thing has to be charged every night. I have had enough of charging devices, what with my two phones, iPad, my Mac’s keyboard and tracking pad, and my bluetooth headset.

And that’s how I opted for the Mi Band. Feature wise, it is not in the Apple watch league. But it costs just ₹1999 ($31), comes with a tiny screen to display the time, keeps track of my steps, alerts me to incoming calls, checks my heartbeat, and even works as a silent vibrating alarm on my wrist. The icing on this cake is I need to charge its battery just once a month.

In short, the Mi Band is simple, user friendly, and just works. Now where have I heard that before?

Or look at the Apple headset that comes with every phone. It does its job efficiently but it’s pretty basic. There’s no noise cancelling for instance. Most Xiaomi phones are low budget and don’t come with headsets. So I ordered a pair of in-ear headphones from the Xiaomi website for ₹999 ($15).

The moment I held those headphones in my hand was when I realised that Xiaomi had gone beyond imitation and developed their own style. The metallic and black plastic polished finish of the headset, the tough nylon braided tangle free cord, the cable winder, the perfect fitting earbuds… they all showed an attention to detail that was Applesque. A little research on the Xiaomi website showed that I was not the only one who was impressed. This particular headset had won the Red Dot design award in 2015.

The quality is not just restricted to design but also extends to functionality. The headphones cancelled outside noise, and though I’m no audiophile, I can say the sound quality is definitely better than the standard Apple headset, which at $29 is almost twice as expensive.

Xiaomi’s attention to quality was also visible in another product I tried out, the Mi Power bank. It’s again a finely crafted piece of metal, and I recommended one for my brother a couple of years ago. He travels a lot and uses it regularly, and it’s still going strong.

Ironically, many other Chinese brands have started copying the look of Xiaomi’s Powerbank to such an extent that its sales have been affected.

Life has come around a full circle with the imitator becoming the imitated.