What Matters in Tech 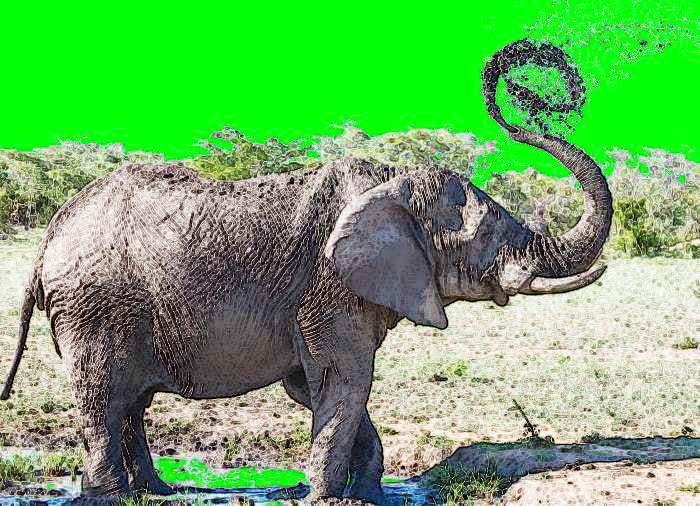 Thank you for reading this newsletter. We work to publish the tech stories that make you either stare deeply into your screen and learn, or look above the screen and think. Today, I’ve started with book recommendations before dividing by topics that matter in tech — startups, cryptocurrency, design, software development, venture capital, artificial intelligence, tech events — before closing with a story about the alignment between genius and laziness.

The Greatest Trading Books Ever Written by Daniel Jeffries.

15 Books Every Indie Hacker Should Read by Colin Morgan.

Don’t Smugly Dismiss $100M+ Startups by Founder Collective’s Joseph Flaherty. This story dives into the potential revenue numbers of SmugMug, who bought flickr this week, and reminds us that the startup world is more diverse than the front page of tech news sites.

Getting Laid Off In Tech by Snapchat’s Aakash Japi. It wasn’t about saving money, they said. “We don’t cut engineers to reduce costs,” they said. It was about “trimming the fat:” about turning Snapchat into something that could more effectively compete against the imposing giants it stood against. It was a life or death struggle, they said, and, if we weren’t lean and agile, if we weren’t aligning “top talent with the most critical strategic priorities,” we’d fall before the coming onslaught. The dulcet days of open hiring, free spending, and rapid expansion were over, they said, to be replaced with responsibility, incremental innovation, and formal performance tracking. It was a new epoch.

The Key to Bitcoin Adoption in Third World Countries by janey. In underdeveloped countries, such as Afghanistan, where the locals dont have faith in their national currency, the currency market is already flooded with other, more relatively stable currencies than their own. There is no reason that Bitcoin cannot catch on either. What is missing is the ability for the people in these countries to buy bitcoin in a simple manner.

A crypto-trader’s diary — week 4 by David Gilbertson. A small part of my increased optimism this week came from hearing that a dude called Tim Draper (not the famous curtain magnate) predicts that bitcoin will hit $250,000 by 2022. Now, I’m not a sucker, and first predictions ain’t worth the tweet they’re written in, but this is a chap who — way back in 2014 — predicted bitcoin would hit $10,000 in 2017 (at the time, when it was only a few hundred bucks, that must have seemed as silly as a quarter-million does today). To read weeks 1–3, visit a crypto-trader’s diary.

Designing for Curated Cryptocommunity by Gabrielle Micheletti. Community, at its heart and core, is not a marketing problem — it’s a design problem. A thorny, messy, nuanced, imperative — design problem. The difference between them ultimately comes down to a difference in mindsets, and of paradigms. With design, there is both a rational process, yes; however there’s also a certain kind of reflective practice. There are subtleties involved: there’s an undercurrent and modus in that vein of “doing stuff which sells itself without explicitly begging to buy itself”. And when we approach design problems, the unsettling reality is that design problems are inherently “underdetermined”.

15 Latest and Best Loading Animations to Make User Enjoy Waiting by Annie Dai. Loading animation, as an important element to make a web/app beautiful, interesting and outstanding, also plays an essential role in improving user experience and keeps them stay on the web/app for a longer time. So, in the actual design, you’d better make full use of every loading animation to stand out your web/app.

Top UI Inspirations of all time! by Abhay Salvi. Good UI design facilitates making the completion of tasks as frictionless as possible and increasing usability. “Good design is like a refrigerator — when it works, no one notices, but when it doesn’t, it sure stinks.” –Irene Au.

Problem vs. Solution…and why you may be asking the wrong question(s) by John Cutler. Unless the “problem” you bring to the team is “long term financial success of the organization”, there will always be a network of assumptions around causality, impacts, etc. So problem statements tend to be constructs that prematurely narrow the solution space, and can obscure the real impact of the work. Four lines of code can be a “problem” and a solution. A four year strategy can be a problem and a solution. No matter where you are operating, you’ll want to link the work to the highest level goals of the organization.

What every programmer should know about ‘String’ by Ahmed shamim hassan. The primary component of a String is ‘Character’, wait, you already know that. But do you know that basically characters are just code representations? I mean, the computer doesn’t know characters, letters etc. or store them as such in memory. The computer stores them as numbers (as binary, to be precise). There are some conventions that define which number will represent which character. This character sets basically maps some numbers or code points to textual characters. Then at the time of visual representation, computers read them from memory and represent them as characters based on that mapping. This mapping and character representation is what they call ‘Character Encoding’.

Rethinking MVC in Excel, Word and PowerPoint after 25 Years by Terry Crowley. The best designs include a combination of top-down factoring with a deep bottom-up understanding of the critical performance characteristics of the primitives the system is built on. You then build up the component model in a way that you can ensure those performance characteristics are robustly maintained end-to-end.

I Can’t Paint, But Meet My Robot by Jeremy Kraybill. About nine months ago, I got access to a robot lab here in Melbourne (Australia), and jumped at the opportunity with the goal of submitting to Robotart 2018. My goals for this project were to answer two questions: can I use a robot to create work I would be proud to display? And can a robot help achieve my creative goals? The answer to both of these questions, based on my first result, is a definite yes.

Monte-Carlo Search for Magic: The Gathering by Hlynur Davíð Hlynsson, a PhD student in machine learning. We’ve recently seen an emergence of strong artificial intelligence (AI) for difficult board games such as Go and Poker. There is yet to be a superhuman Magic: The Gathering (MTG) player, but I believe this only to be a matter of time. Once we have such a player, there will be some particularly interesting consequences. Strong gameplaying skills will be able to guide deck-building. We should be able to sic a strong MTG player on a card pool, allow it to play thousands or millions of games against itself and “crack the meta” (build the best decks from the available cards) on its own.

A Panel Recap from The Computer History Museum

Documenting the 8-bit Generation & Beyond. Founded by Tomaso Walliser and Bruno Grampa in 2008, Junk Food Films made its mark on the documentary film industry with its 2012 project the “8bit Generation,” which resulted in two documentaries Growing the 8-bit Generation: The Commodore Wars and Easy to Learn, Hard to Master: The Fate of Atari. Both were screened at the Computer History Museum as part of our CHM Live programming. We caught up with Junk Food Films’ Walliser and Grampa to talk about everything from their first computers and how they got started to what got them interested in the 8-bit generation and what they’re working on now.

And don’t forget the words of Pratap Ranade: “Geniuses Are Lazy — and You Should Be Too.”

Related Stories
Subject Matter
Recycling Spoiled Milk to Make Fashionable T-Shirts by @alahausse
#sustainable-development
Global Economic Impact of AI: Facts and Figures by @sharmi1206
#data-science
Why Indie Products Differentiation Is Important And How To Achieve It by @jstnchu
#startup
Bad Idea Or Bad Luck: I Want To Know Your Opinion by @eko
#product-management
How Augmented Reality (AR) is Changing the Recruitment World by @nimisha
#virtual-reality