What I Learned From Ten 101 Courses During Lockdown 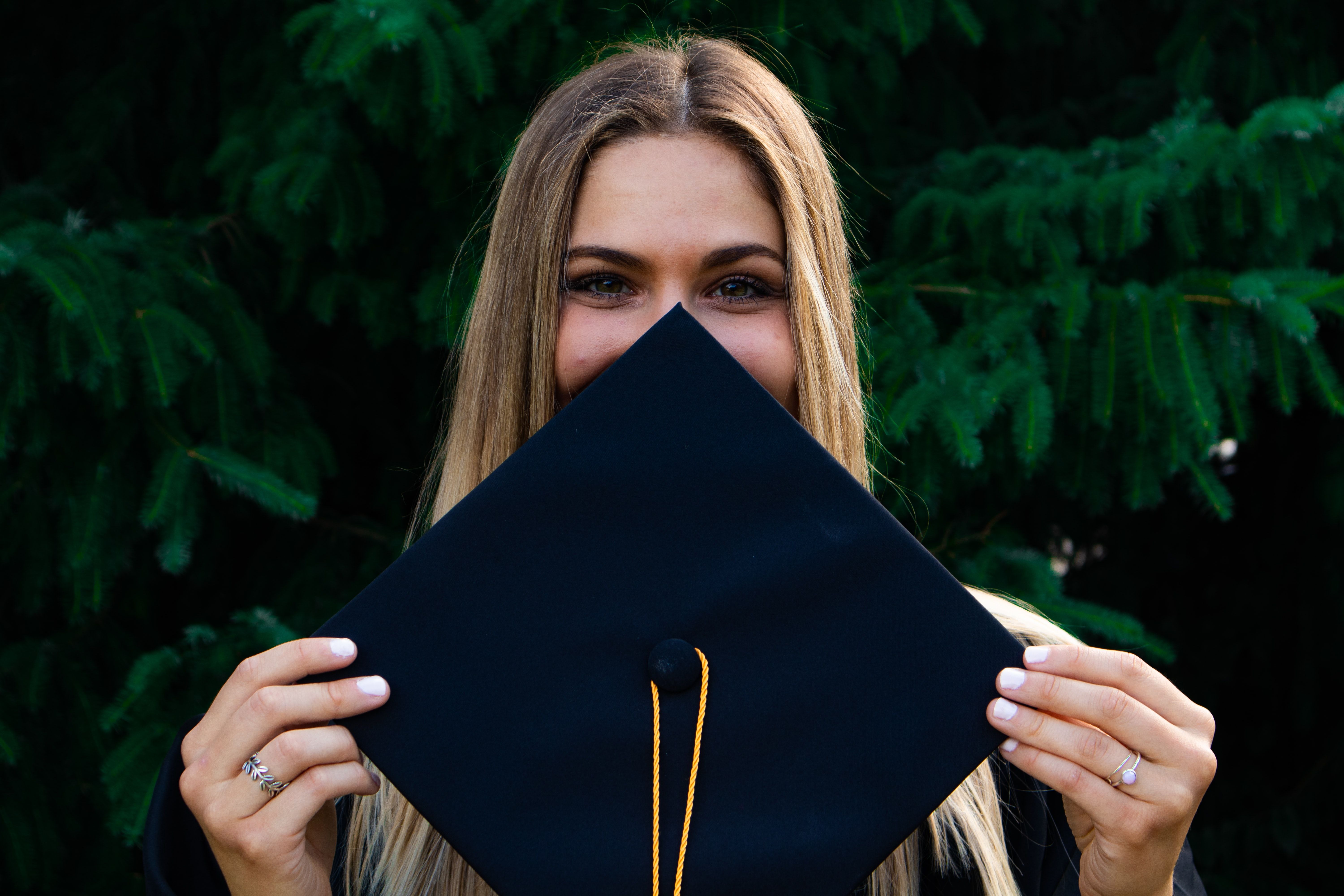 When my grandfather was a young Russian boy living in hiding, his father told him one thing:

"Possessions can disappear in an instant, but nobody can ever take away what’s in your mind."

His father had won two of the highest military honours for his mandatory service under the Tsar, and for this he was personally named on Stalin’s death list after the revolution. My grandfather and his family had gone from living in relative comfort in Moscow to hiding in a forest trying to escape the country.

Luckily their family escaped Russia, he joined the British army in time for World War Two at 15, was one of three in his class to survive and became a self-taught engineer. It pained him that he never got to go back to his home, but his father’s words have carried down the generations confronted with the harsh reality of the working world.

This is why when lockdown hit I realised I may never have this opportunity again to focus, be still and most importantly — to learn. In my old office I complained that money spent on my travelling abroad would be put to better use on professional development qualifications. As they say, man plans and God laughs.

In the year since lockdown began I have done over 101 courses, some were inevitably extremely dull whereas others allowed me to grow both personally and professionally. These are the courses, learning programs and facilities that have changed my life for the better:

I’ve done Chinese for Beginners and First Step Korean on Coursera, both of which are excellent, but to me nothing incentivises you to learn a language like Duolingo.

The app is rare in using gamification to create positive habits in its users. By recording the number of days I’d used the app, it motivated me to not break my streak. Thanks to their canny use of behavioural economics I was stunned to find I was in the top 3% of users last year despite French being my worst subject at school.

I also really love being able to see the links between different languages due to the variety of languages on the platform including Klingon and High Valyrian.

Once after a dull day of work I went to hear Rory Sutherland speak in my building and returned home infinitely more cheerful. He could talk about a telephone directory and make it sound like a cracking read, but when he talks about a subject he’s passionate about he’s without parallel.

This is why I initially signed up to 42courses and had the good luck to complete his course on Behavioural Economics just before my Quantic MBA interview. His insight that rationalization is easier than rationality has changed how I view the world.

Although I cannot know definitively, I’m sure what I’d just learnt made me much more interesting to my MBA program who I had to meet with that week.

Once I’d got in to do the MBA there was one recurring thought — what do I do here with two degrees in history?

The first three modules were Accounting, Economics and Statistics. All notoriously sexy subjects. Accounting Coach was really helpful in providing clear explanations and allowing me to navigate this strange new world. Also, as a British person on an American program, it also allowed me to familiarise myself with slightly different methods and systems.

Having used their content for a while, I wish that more focus had been put on financial management at school. Sometimes it seems the skills of the past are focused on more than what’s needed for the future.

Much like the wellness industry, many courses and institutions claiming to change your life by teaching you how to code have sprung up. Many of them are gambling that their marketing materials will not be closely scrutinised and it’s hard to know whether it’s the right career path for you.

freeCodeCamp stands out for two reasons:

If you want to learn how to code, best to try a free option with 1000+ hours of material rather than pay thousands for something which may not be for you. When dealing with subjects that are surrounded by hype it’s best to tread carefully.

If ever there was a subject this is true of — its bitcoin. When I joined a company putting together events around the topic I had limited knowledge of the subject. Andreas Antonopoulos was vital in making me realise how little I know and stoking my further curiosity. His talks are freely available on YouTube and he has published his books to GitHub.

Though the company is gone, the love and passion for the community remains. If you want to know more about bitcoin, blockchain, the hopes for the future and what can go wrong in spectacular fashion I’d also strongly recommend the Laura Shin and Jamie Bartlett’s brilliant podcasts.

6. Ancient Philosophy: Plato and his Predecessors

Bitcoin’s anonymous founder hoping a digital currency will help facilitate the creation of a more just world is not so dissimilar from the aspirations of ancient philosophers that people use philosophy to battle corruption in society.

Some come to the ancient teachings of Plato through school, others through Ryan Holiday, but I came to them through Shakira. I saw her taking a Coursera course on Instagram and in a break from trying to emulate her dance moves I thought I’d give it a quick look. This kickstarted a journey of learning that continues to this day.

Susan Sauvé Meyer’s clear and gentle manner makes the most opaque philosophical texts accessible. It was a moment of extreme pride when I completed an essay on Plato’s Republic and another learner said I obviously leveraged my previous knowledge of the topic in spite of never studying it before.

However, that is the great joy of the internet. Subjects that you’d never have the opportunity to study before are now only a Wikipedia entry away. Yet, with such a wealth of information available, the ability to communicate the key points has never been more important.

This is what makes Shani Raja’s work so enjoyable. He leverages his expertise as a former Wall Street Journal editor to show you simple ways to improve your writing. By trying to emulate the qualities of simplicity, clarity, elegance and evocativeness in your work, your written communication will change dramatically.

Now at this point I definitely had square eyes and was longing to be out in the natural world. The most bittersweet recommendation on this list is Mountains 101. This course combines professors from multiple academic disciplines including history, geography, art and ecology with some truly spectacular images of the natural world.

Thanks to the University of Alberta lovingly creating a course which beautifully describes the human relationship with mountains, I came away with a renewed appreciation for the miracle of nature and a sudden desire for hiking boots.

9. The Science of Well-Being

When sitting behind a screen it’s easy to forget what makes us human. Laurie Santos created the most famous online course of all after witnessing the struggles of her students in a high-pressure academic environment. The gulf between what we think will make us happy and the reality is immense.

Her obvious love for teaching and psychology makes this course a delight in a global pandemic. It is also rare that a video captures a teacher genuinely concerned about the wellbeing of her students. The fact that there’s coffee and brownies waiting for them in almost every lecture makes you miss the best parts of university. There has been a lot written about this course, but in short it’s worth the hype.

The final entry on this list is someone who I and the author of Ultralearning Scott Young both think of as one of the best teachers of all time — Michael Sandel.

I fell asleep next to my father as a little girl when his lectures first aired in the UK, but was happy to discover them again on a YouTube playlist:

The comments on his videos from people around the world tuning in say it all. He has an unfair concentration of talent and a gift of being able to communicate his thoughts in an unpretentious way. I defy anyone to watch his videos and not approach problems differently. Justice is perhaps the most fundamental aspect of human nature.

To conclude, while some perfected their banana bread, wrote a novel and got in the best shape of their life, I managed to acquire enough Coursera certificates to wallpaper my house with. Whether this was the best use of my time is unclear, but I enjoyed it and it was a lot less intimidating than having to pick one subject to study for 3 years at 18. With the exception of Rory Sutherland’s course which is behind a paywall, all the resources mentioned are free and accessible to all. Though we’re in a strange new world I believe my great-grandfather’s advice continues to hold true.

Related Stories
Subject Matter
Join Free TON Community and Participate Contests! by @Free TON
#promoted
Hacking Time — Is There a Way to Gain More for What You Want? by @alizakr
#time
Always Bet Musk's Oxen! by @atrigueiro
#science-fiction
How DEXs Fuel the Development of the Decentralized Internet by @anton-dzyatkovskii
#decentralization
Bigger picture with the Decentralized identifiers by @mickey-maler
#web-monetization
Dogecoin: Everything You Wanted To Know About This Memecoin Making A Mockery of 'Serious' Crypto by @@nawazmohammed
#cryptocurrency
How to Create Rock Paper Scissors Spock Lizard in JavaScript by @matviihodovaniuk
#javascript-tutorial