Virtual Reality in macOS (I) 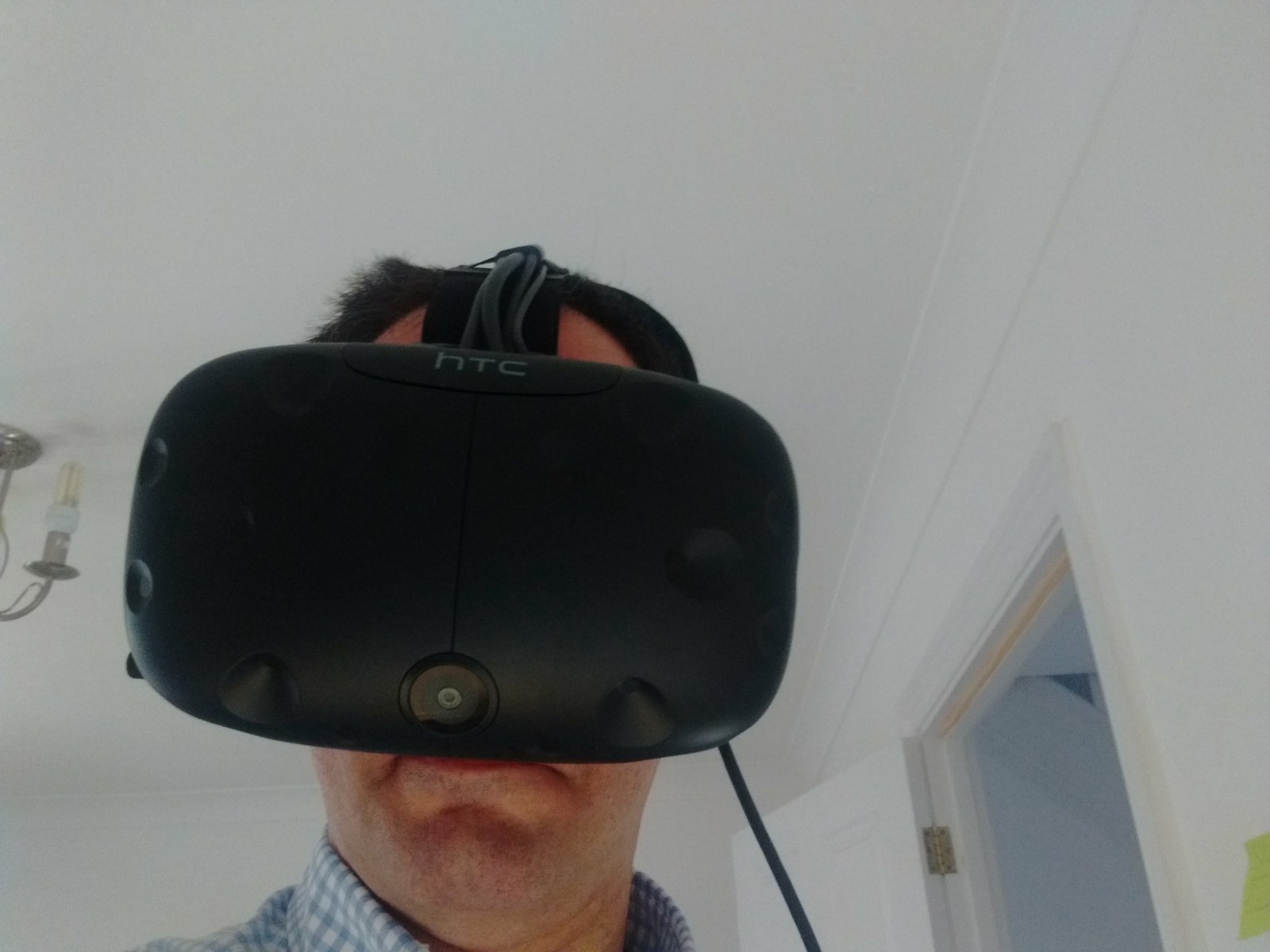 Why HTC Vive in macOS?

I have a two year old mid-level Android phone (Moto G 2015) not capable of using Google Cardboard. My tablet is an iPad Mini “1” with iOS9 because it can no longer be upgraded. My (old) computer was built from parts and it’s already 4 years old.

I love technology. And I’ve got a reasonable salary. But I’ve got a family and I’m very conscious about spending money.

However my latest acquisition suggests I’ve gone bonkers. Because I decided to buy a top of the line iMac and a HTC Vive and start with VR. On macOS.

Not only that. PS4 plus PSVR cost more or less what I spent on the HTC Vive device only. Or outside the console world world, the VR games and experiences are for Windows. If I had built my own beefy Windows machine (including a gorgeous 1080 TI, and a decent processor) and bought an Oculus Rift I would have saved 40%.

I didn’t go for Playstation nor for Windows. I chose the more complicated route: MacOS. VR compatibility for macOS has only just been announced. To be honest, I didn’t even know for sure if I was going to be able to connect the headset to the computer and make it work. I couldn’t find any page detailing the steps (see part 2 if you’re in the same situation)

So why go the Mac route? In fact, why VR?

If you’ve been following the market you may be aware of Apple’s announcement of a new Framework called ARKit.

ARKit, and new Apple devices (including the already launched iPad pro with a higher refresh rate and the almost certain upcoming iPhone 8) are the next big thing in terms of experiences. You may remember Pokémon Go a few months ago. Consider Pokemon on steroids.

Consider if you could see the furniture in your own house in Augmented Reality.

Or maybe the next iteration navigational maps

Or even more simple things…

My prediction is that AR is coming to “the masses” in the very short term (6/12 months), with a second phase based on “glasses” two years down the road.

AR is now. VR is maybe 3 years away. But I think this is the best time to learn and work on my own ideas with that prediction.

Google’s results in AR are non-existent. I haven’t seen anything remotely as cool as many of the things that have I have shown in this post built on a beta of an Apple framework.

But Google has done pretty interesting things in VR. Their work for Google Earth is super cool (specially the “let’s put a visual ring to provide some context and avoid sickness”), and TiltBrush seems great too (neither Google Earth nor Tilt work on Mac for now, by the way)

Google is in. Apple is in too. And Facebook is so invested in it that they bought Oculus. Microsoft seems more interested in AR, but most likely the true AR will not be bulky devices

Anyway, it seems clear big players are in.

OK. Maybe VR is a good bet. But why HTC Vive in Mac?

First, from what I’ve been able to gather, Oculus and HTC Vive are relatively similar in terms of displays, but HTC Vive seems to be clearly superior in the positional tracking. They use lasers to place you in your room with sub-millimetre precision. It’s not only enough to refresh quickly and have high resolution. Being able to track you is vital.

In terms of brands, Apple has started with HTC Vive. And from the presentations I’ve seen from Google, they seem to have gone with HTC Vive too (obviously Facebook didn’t)

Then there is also an additional bet. I perceive Apple is the real innovator in this field. So developing on Mac seemed a good option. With the short term of playing with AR.

But there was an additional reason. A bit more personal but quite relevant for me.

I have two daughters (twins, 14). They like computers (including CS in the school) but they don’t program at home.

What better way to get them into programming than developing games?

And what a better way for a couple of Star Wars fans than to start developing games than a lightsaber demo?

I don’t know if it will manage to attract them. But I knew it wouldn’t if they had plenty of games available to play.

If only I could have two HMDs…

Benefits of AR in Education: A Brief Introduction for the Uninitiated