UX Breathes Life into an Autonomous Car of the Future 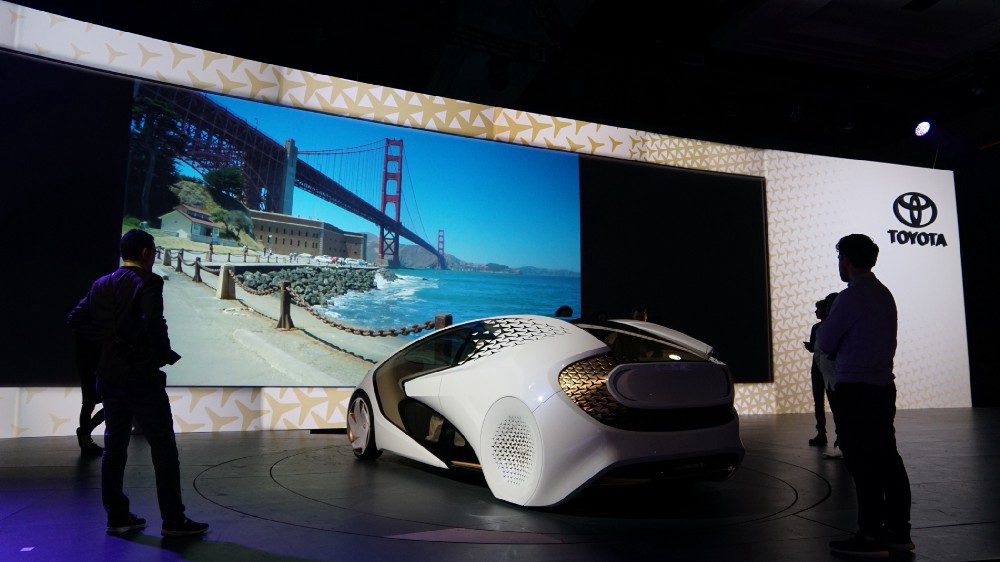 In January 2017, Toyota unveiled Concept-愛i at CES in Las Vegas. The vehicle introduced a vision of the future where driving is still fun. Yes, people are still driving in the autonomous future. In the case of Concept-愛i, they’re joyfully cruising along, in part because the driving experience is facilitated by an AI personality called Yui, who lives throughout the car.

The Institute for Creative Integration (ICI) had the honor of working alongside the Toyota Innovation Hub, Toyota’s Calty Design Research team, as well as a host of talented designers, technologists, research scientists, and marketers to bring the UX vision of Concept-愛i to life. ICI’s primary role was the design and development of the UX philosophy and guiding principles, use case scenarios, as well as managing the creative direction during implementation. In many cases, ICI was responsible for identifying and coordinating the efforts of specialized studios and agencies to bring the vision to live — a service we offer called Creative Integration. Here are a few insights we’d like to share about doing UX for an autonomous car of the future.

UX is a Life Force, Not a Layer

One of the defining characteristics of Concept-愛i is the introduction of an AI assistant. In this case, the assistant’s name is “Yui”. Designing Yui was a challenge because we felt from the beginning that she should be an integral part of the car, and not a separate software system. AI can sometimes be developed as something like an agent — a disembodied 3rd party that guides and assists in actions related to the car. It feels like separate entity. But there is so much opportunity to build a user experience that is truly integrated. Where does this ambiguous, intelligent system that can drive your car live? Does it move? How do you communicate with it? Does it have personality? What does is control? Ultimately the question became — can it just be the car?

The technology system as a separate layer is very much a product of disciplinary silos in the car design process. You have exterior designers, interior designers, human-machine interface designers, color & trim designers, etc. When everybody comes to an agreement that yes, the technology actually lives everywhere and is embodied in every part of the car, the silos start to break down. Focusing on the complete experience means that UX becomes a life force. The door handles react and glow, the rear bumper alerts the people behind the car, and the AI takes the form of a lively animated character that dances across the interior. UX enables a new form of cross-disciplinary creativity. Developing Yui as the car itself was a strategic decision, uniting the various design disciplines to agree and focus on designing the car as a single, integrated user experience.

Today drivers have to tell cars what to do. Cars are mute, not-so-intelligent hunks of machinery. Driving is a cognitively heavy activity because the driver does all the thinking and commanding. Our team understood that in order to inspire a love of driving, we needed to re-define the relationship between the car and the driver. As we explored ideas, we came to the conclusion that the car could play the role of partner. And if you think about true partners — they’re there when you need them, and let you alone when you don’t.

When you combine this with artificial intelligence, it all comes to life. We firmly believe that technology should support your life, but not be center stage. In the case of Concept-愛i, the car gathers knowledge to anticipate its passengers’ needs. The passengers experience natural interactions with intelligence that has the warmth and liveliness of a human. When you approach the car, it lights up in recognition. You can say, “Yui, take the wheel,” when you don’t feel like driving, and the colors shift from green to purple as automation takes over. Yui speaks to you like a friend would — casual in most cases, and firm in an alert situation. And Yui as embodied by the car comes to know you, your daily patterns, your relationships, your interests. The car is a partner in life.

UX Has the Power to Impact Exterior Design

The car design process traditionally starts with the exterior, moves to the interior, integrates color and material, and finally adds human-machine interface (dashboards, screens and gauges). An outside in approach. This makes complete sense because for the longest time, the car was a representation of the driver — but on wheels. Market differentiation was marked by raw performance and style. Automakers paid close attention to customers’ lifestyle aspirations. Designers focused on evocative forms, shapes, and lines.

But we know that things are changing. People are coming to value experiences over objects. They have access to new forms of self expression. Instagram. Snapchat! And the pace of technological development has completely reset what people expect from their cars, and how quickly they want to see change.

This is huge! In the car world, it represents a significant change in process. Toyota’s Concept-愛i design team developed the concept from the inside out, rather than the outside in. They started with the user, developed the experience, and then created the form that best inspires a love of driving.

Futuristic vehicle concepts are increasingly challenging to work on because the experiences they need to communicate are becoming much more nuanced. Emotional recognition, conversational interfaces, and embedded haptic feedback were part of the Concept-愛i experience. This all had to be demonstrated through a tactile physical model, complex electronics, embedded lighting systems, immersive visuals, and a fair bit of storytelling. We are thankful to have been able to find a talented, diverse group of specialists willing to collaborate with us to produce something new.

Concept-愛i is a true example of prototyping to think. In collaboration with our clients and partners, we explored the role of AI, developed unique interactions, re-defined a new relationship between the car and driver, and brought to life a futuristic concept that we believe is ultimately, fun to drive.

Related Stories
Subject Matter
Book a Demo. Ship Fast. Rest Easy. LaunchDarkly. by @LaunchDarkly
#promoted
Reviewing the Font: Oregano & Tips on How to Use It by @huashu
#design
AI Will Drive The Market By 2030 by @annavoloshina
#artificial-intelligence
AI Is Changing The Future Of Online Dating by @itrex
#ai
How To Choose The Right Color For Your Brand by @huashu
#fonts
GANverse3D Turns a Single Image Into 3D Objects by @whatsai
#ai