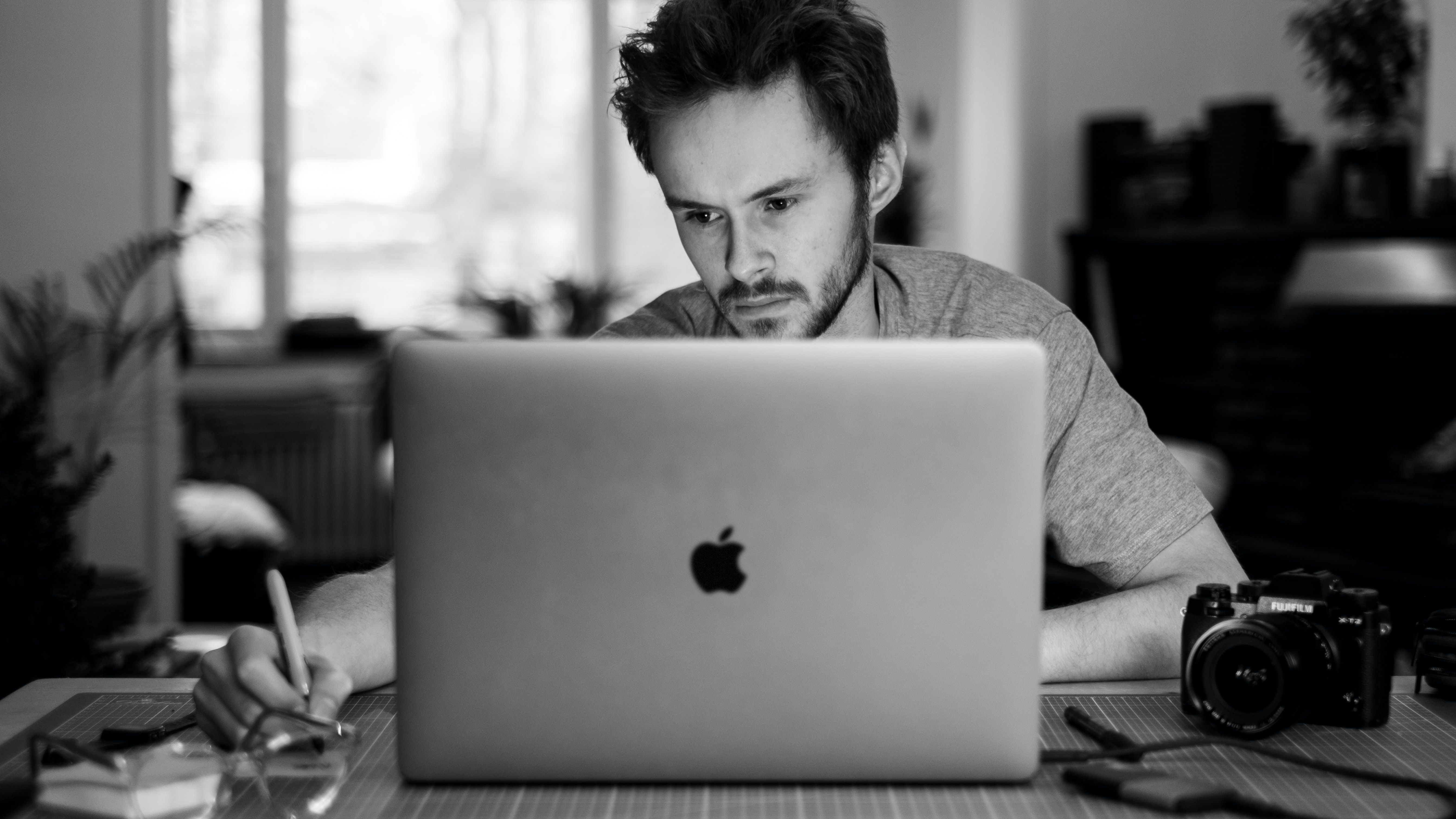 Entering the realm of technical indicators, it’s easy to get lost in the jargon and the countless techniques available. As an introduction, we’re starting with the oldest and most widely used technical indicator. It also just happens to be the simplest - the moving average.

Moving averages are used in all financial markets. From stocks, options, forex, futures and crypto. They smooth out data to create a single flowing line that reveals predominant trends in the market. They use historical data to show price direction and are therefore considered lagging indicators.

Let’s first get acquainted with SMA. SMA is the most basic form of a moving average. It is quite simply the average price plotted on a price chart. For example, a 20 day SMA is the line constructed from the average of the last 20 days’ closing prices.

By taking the average, the SMA drowns out the noise from price outliers and volatility. This makes it easier to identify if a security is moving in an upward or downward trend.

The SMA applies equal weight to all observations in the time period. So on a 20 day SMA - The 20th day’s data carries the same weight as the first day.

The enhanced version of the SMA is the EMA. Unlike the SMA which places equal weight to all values, the EMA assigns greater significance to recent price observations. This allows the EMA to react faster to the latest changes in price data.

For example, if there has been a significant price drop in the last 2 days, an EMA will change direction before an SMA. This reduction in lag allows traders to quickly see if a trend is changing. Although, this feature also makes the EMA susceptible to premature price signals. 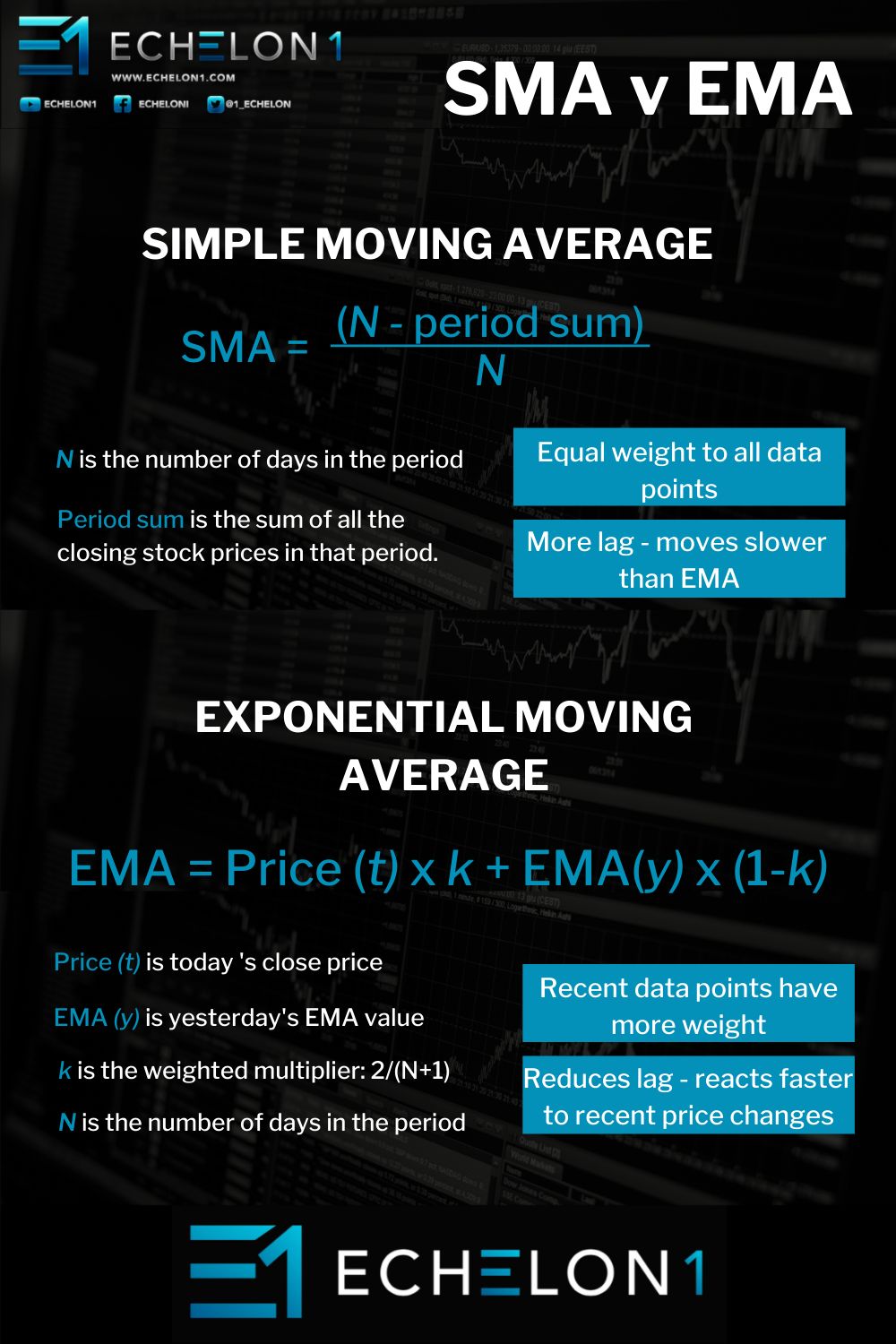 All popular trading platforms and charting interfaces will have tools that allow you to track moving averages. Nevertheless, it’s worthwhile to know how these moving averages are calculated to get a better understanding of how they function.

To calculate the EMA, you first need to compute SMA. The SMA uses the basic average calculation.

There are three steps to calculating the EMA.

2. Calculate the multiplier for weighting the EMA

3. Calculate the current EMA using the above formula 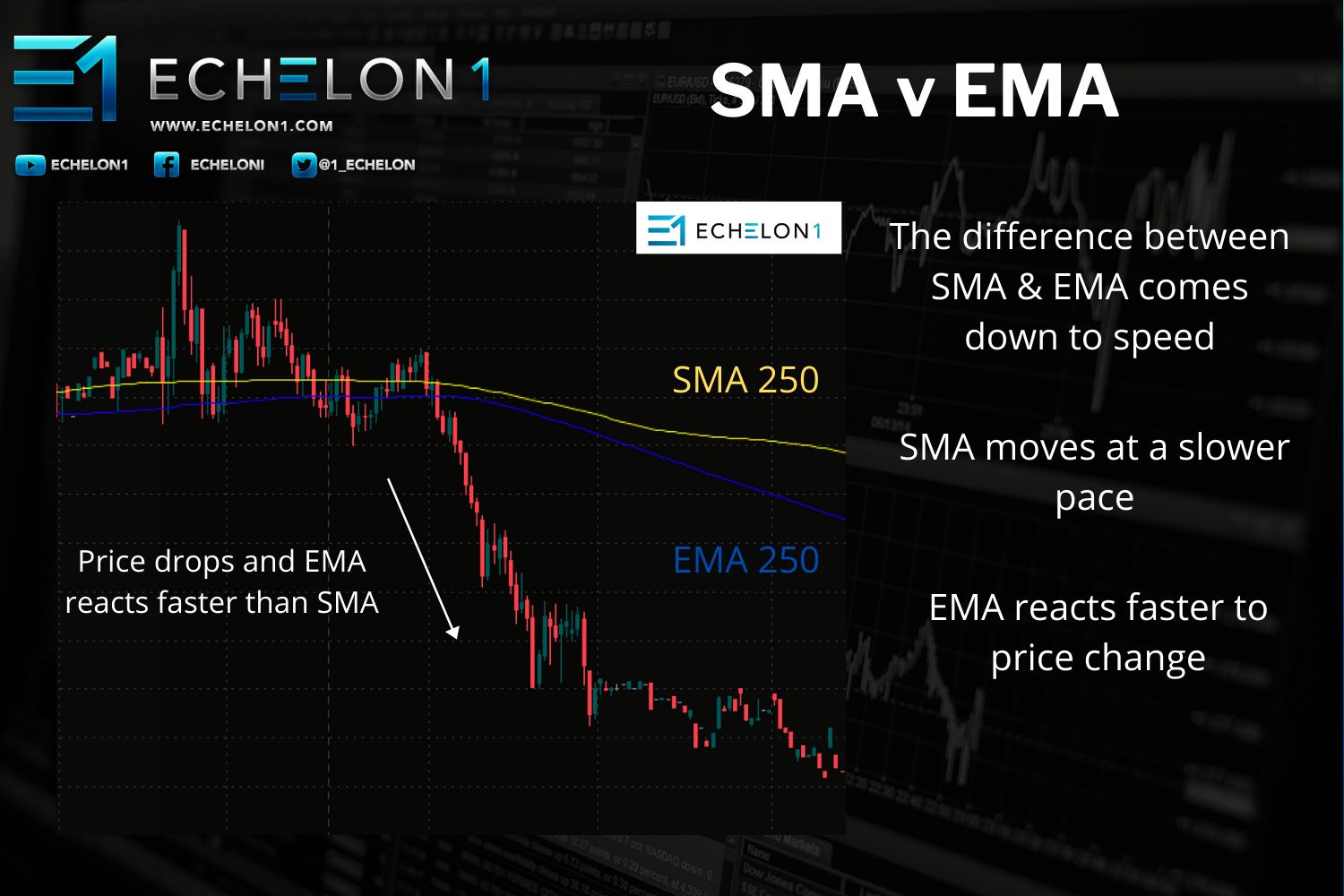 The difference between EMA & SMA comes down to speed. Time is of the essence when trading. So, EMA’s ability to react to price change faster, makes it the preferred moving average for many intraday traders.

However, the swift nature of EMA is also its main drawback. It makes EMA more vulnerable to false alarms and premature signals. Because of this, it is important to look for further confirmation before entering a trade.

On the other hand, SMA moves at a much slower pace. It provides later signals than EMA but has the benefit of not being as responsive to erratic price movements. This makes it more ideal for many swing or leap traders who want to stay in trades for longer.

Ultimately, the technical indicators you decide to use comes down to your trading style and personal preference. Experiment and try out both and see which one works better for you.

How to use Moving Averages in your Trading Strategy

Moving averages are useful in confirming market direction and revealing the strength of that direction. When used in conjunction with other indicators they can assist in confirming significant market moves and gauge validity.

Remember, moving averages are backward looking and lagging in nature. They are not ideally used to predict future price action or snipe points of entry, alone. The optimal time to enter a trade has long passed before an EMA even shows the new trend on a chart. However, when used along with momentum indicators like MACD, TRIX, PROC you may be able to detect early change in direction and find entry & exits. 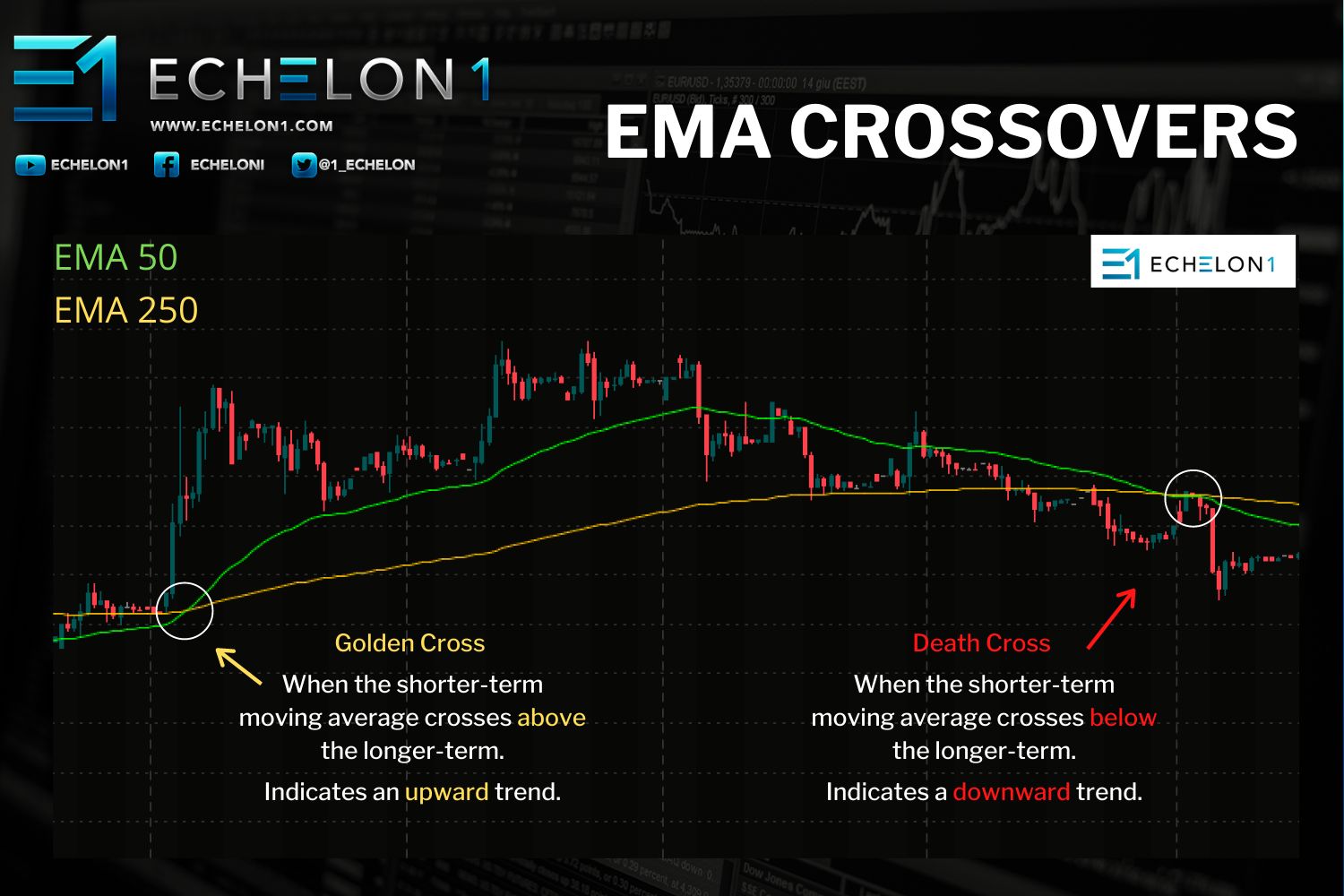 The crossover strategy uses two moving averages, one longer term and one shorter. It is perhaps one of the most popular moving average strategies among traders and the concepts are simple and effective.

Golden Cross - When the shorter-term moving average crosses above the longer-term, this indicates a buy signal or an upward trend.

Death Cross -  When the shorter-term moving average crosses below the longer-term, this indicates a sell signal or a downward trend.

Rather than just use one or two moving averages, traders can use many (eight or more - from 2 day to 400 day period) moving averages on their chart to create a ribbon-like indicator.

The ribbons can be used to identify continuations, turning points, measure the strength of price trends and to define areas of support and resistance.

Moving Averages are not suited for Trading Ranges

Moving averages have a tendency not to work well in trading ranges. Where a stock is bouncing back and forth between two prices, the moving average will be somewhere in the middle. Effectively losing its ability to act as levels of support or resistance.

Also, if you are using the crossover method, you’ll notice that there will be too many crossovers rendering the lines basically useless. Moving averages are designed to work in strong sustained trending markets, not trading ranges. As soon as the price swings back into a trend, the SMAs and EMAs are back in their prime element.

What is the Best Period Moving Average Setting?

Well the answer to this depends on your trading style. Short-term traders need a moving average that reacts to price changes immediately. That’s why scalpers prefer EMAs in the first place. Longer-term traders require a different approach as they typically hold their trades for days, months or years.

Both SMAs & EMAs can be catered to your trading style by using a variety of chart settings and time intervals. Instead of tracking the closing price, you can also choose to track the open, high, low or median price. Instead of day intervals, you can choose to look at hour, minutes etc. The choice is yours. However, keep in mind that moving average strategies tend to work because they are followed by a legion of traders, who then act on their signals. Kind of like a self fulfilling prophecy, if you will. Because of this it’s best to stick to the most  popular variations outlined below.

100 period: Good to use for support and resistance lines on a daily or weekly time frame.

200/250 period: 250 trading days in a year - Using 200 or 250 periods on a daily chart is very popular as it shows the overall trend for the last year.  When stock price crosses its 200 day ema, it is a technical signal that a reversal has occurred. 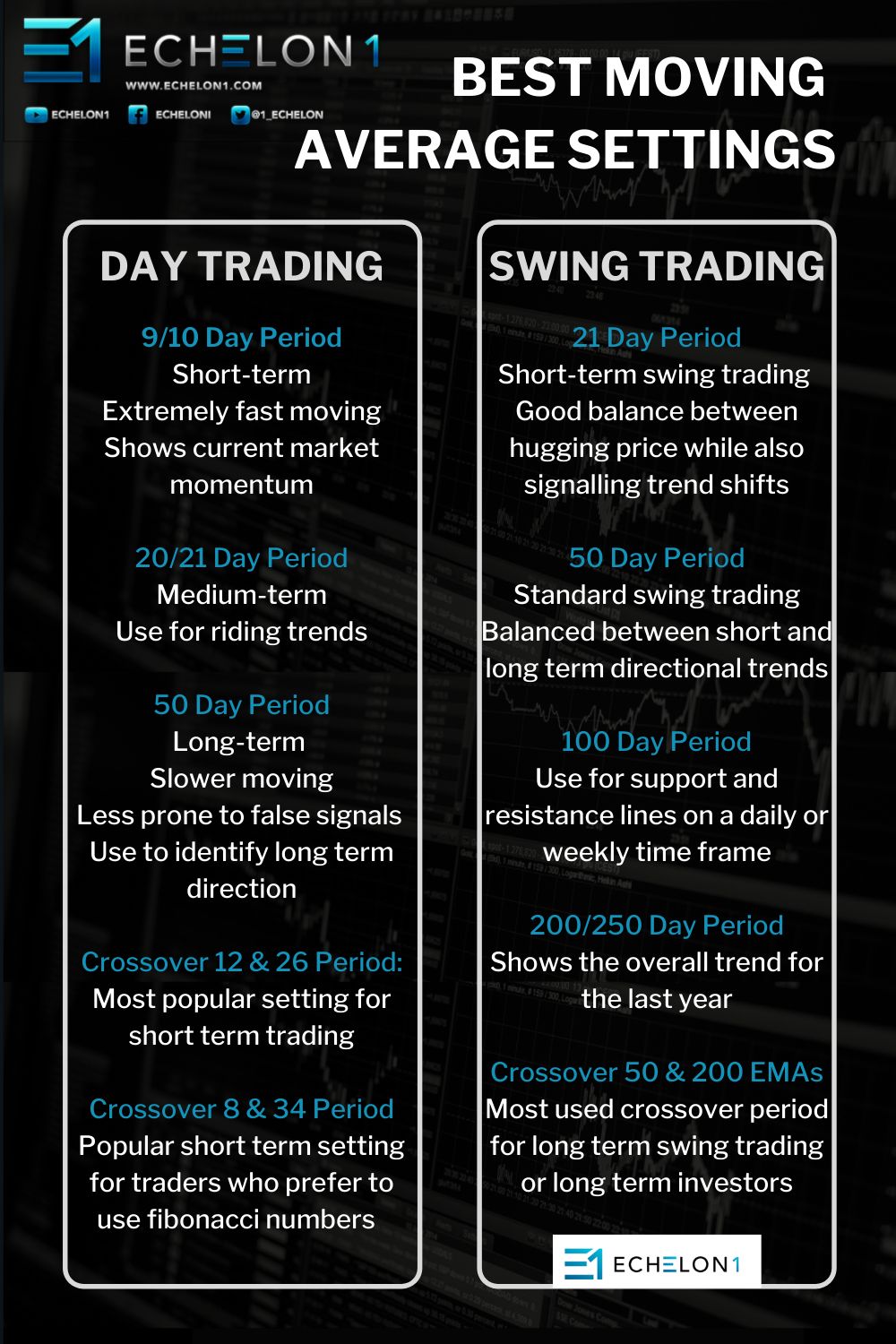 There are so many technical indicators available, it’s hard to know where to start. When it comes to choosing the right indicators to build your trading strategy, it all comes down to experimenting.

You need to put in the time to experiment, test, backtest, observe, and learn. You might find that an EMA 12/26 day crossover strategy compliments your trading style. Or that a ribbon setup is just too busy and chaotic to look at on your charts. You might notice that some securities are better analysed with different EMA or SMA setups - there are no hard and fast rules.

Nevertheless, if you want to be a consistently successful trader, you need to build a solid foundation of how the markets work. Understanding technical analysis and indicators like moving averages that are used by the majority of traders, is a crucial part of your training.

Should you use a Sector Rotation Strategy? 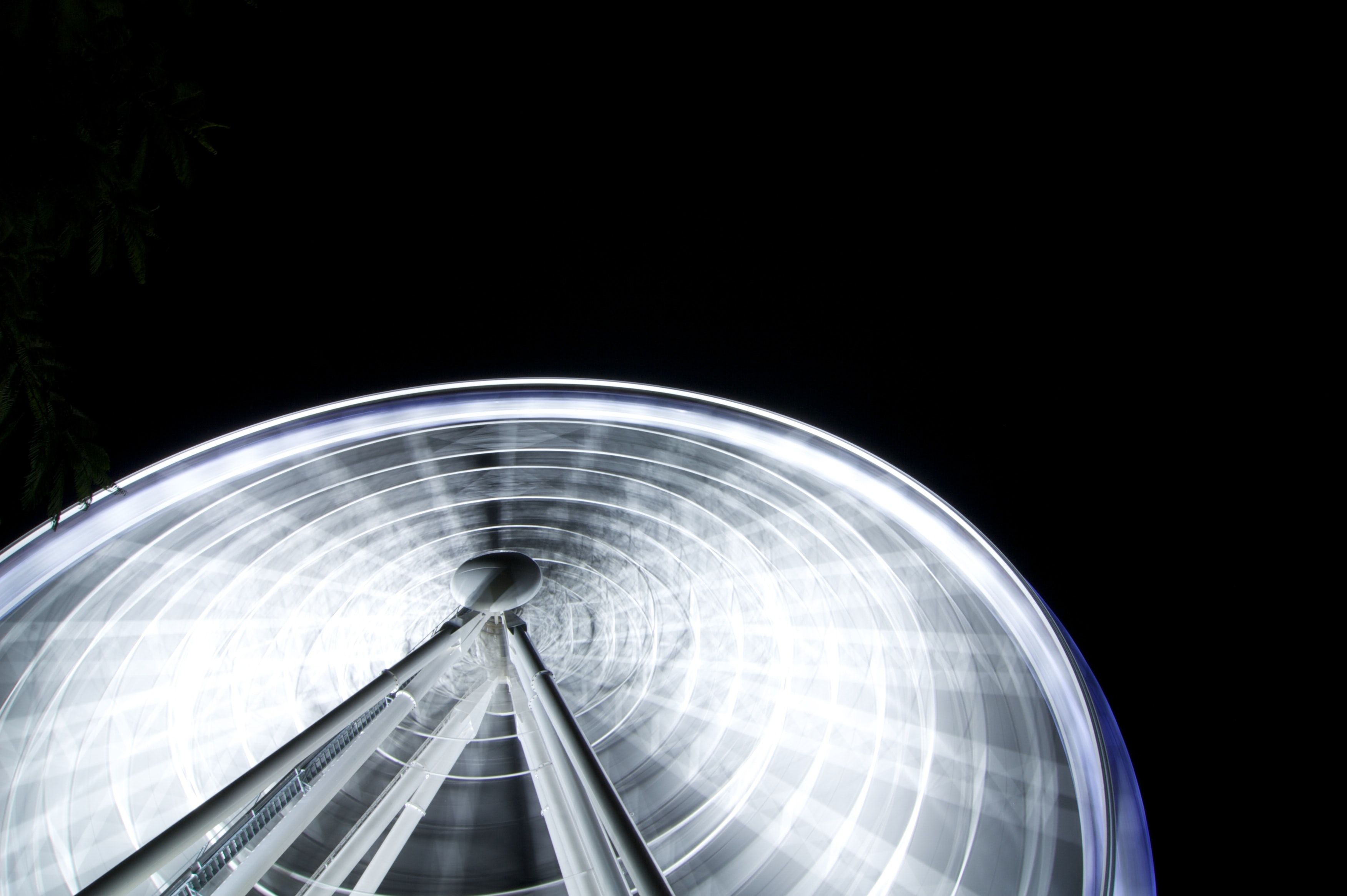