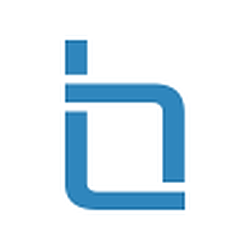 Blockchain is well-known for underpinning cryptocurrencies such as Ethereum and Bitcoin, but it has the potential to transform various industries, including healthcare, logistics and supply chain, insurance, financial and much more. Reputed companies like Samsung and IBM are also adopting blockchain technology to offer innovative solutions and ways to enterprises and startups.

A report prepared by Upwork says that the blockchain seems to be the fastest growing skill on the platform, leaving behind the skills like Machine Learning and Tensor Flow. It has led to an increasing demand for blockchain developers.

Here are some of the widely used blockchain development tools:

Truffle is a framework for Ethereum that offers a development environment for building Ethereum based apps. It includes support for the library that provides custom deployments for coding new contracts and links Ethereum applications. It offers the ability to perform automated contract testing using Chai and Mocha.

Solidity is a loosely typed programming language with a syntax similar to ECMA script (JavaScript) used for the creation of smart contracts on the Ethereum platform. However, you need something to convert Solidity script into a format readable by EVM (Ethereum Virtual Machine). Solc (Solidity Compiler) serves this purpose.

Solidity Compilers can be categorized in two ways, solc coded in C++ and solc-js that uses Emscripten for cross-compiling from solc C++ code to JS.

While developing a blockchain app, security plays a crucial role. It is essential to ensure that the Solidity Code is free from security holes. Solium tool is designed to format solidity code and resolve security issues in your code. It makes sure that the code is formatted and checks for vulnerability too. Use Solium by installing it with npm.

Geth is an Ethereum client used for running Ethereum nodes in the Go programming language. Geth is basically a program which works as a node for the Ethereum platform and can be used for mining ether tokens, create smart contracts, transfer tokens and explore the block history.

Embark is a development framework for Ethereum based dApps. It allows developers to develop and deploy dApps based on decentralized technology. It enables you to create smart contracts which can be made available in javascript code.

It can also manage smart contract migration if the application has multiple contracts. By supporting the test-driven development of smart contracts with JS, developers can handle contracts on different blockchains like testnet, live network and private net.

Ganache is a tool from Truffle Suite that allows developers to create their own private Ethereum blockchain to test dApps. Deploying a dApp directly on Ethereum can cost you a lot of gas to verify transactions.

On the other hand, Ganache allows you to do testing without paying any gas. It also enables you to manage the mining speed and gas costs within the test environment to test different scenarios for smart contracts.

Ether scripting for new developers could be a complicated task. However, Ether Scripter presents an easy-to-use interface that can be used to code basic contracts. It has a simple drag and drop interface where developers connect jigsaw puzzle pieces to build the contract. Ether Scripter can only be used with the Serpent programming language.

9. Blockchain as a Service (BaaS)

BaaS is an offering that allows its users to use cloud-based solutions for building, hosting and using their blockchain apps, functions and smart contracts on the blockchain while the cloud service provider handles activities to make the infrastructure agile and operational.

This service can benefit companies who want to adopt the blockchain technology but have not been able to implement it due to technical complexities and operational overhead. To use blockchain as a service, users pay the BaaS service providers specific fees to maintain and set up the blockchain infrastructure.

Metamask is a wallet that acts as a bridge between Ethereum blockchain and Chrome or Firefox by working as a browser extension. It can be used for saving keys for ERC20 tokens and Ether.

It can link with Shapeshift and Coinbase to sell and buy ETH and ERC20 tokens. It can also interact with different Ethereum test networks to make it an ideal wallet for developers.

Before you use Ethereum to build dApps, you should know a place where you can keep Ether tokens and run smart contracts. It is available for Linux, Mac and Windows and is an official Ethereum wallet built for smart contract deployment.

When installing Mist, always remember once you set up the password, you can never change it again. Make sure you set a strong password and never forget it. Also, you will have to enter that password every time you have to send Ether.

While writing Ethereum Virtual Machine programs, you have to pay for the gas usage and launch of the app. Also, an untested program can lead to high costs as Ethereum blockchain is immutable and transactions added to it cannot be undone.

Therefore, it is required to test a dApp before deploying it on the main network. Use blockchain testnets which are copies of Ethereum blockchain except that their Ether is worthless.

Visit LeewayHertz to know more about our blockchain work and technologies we understand. Follow us on Facebook, LinkedIn and Twitter to stay updated with developments around Blockchain.