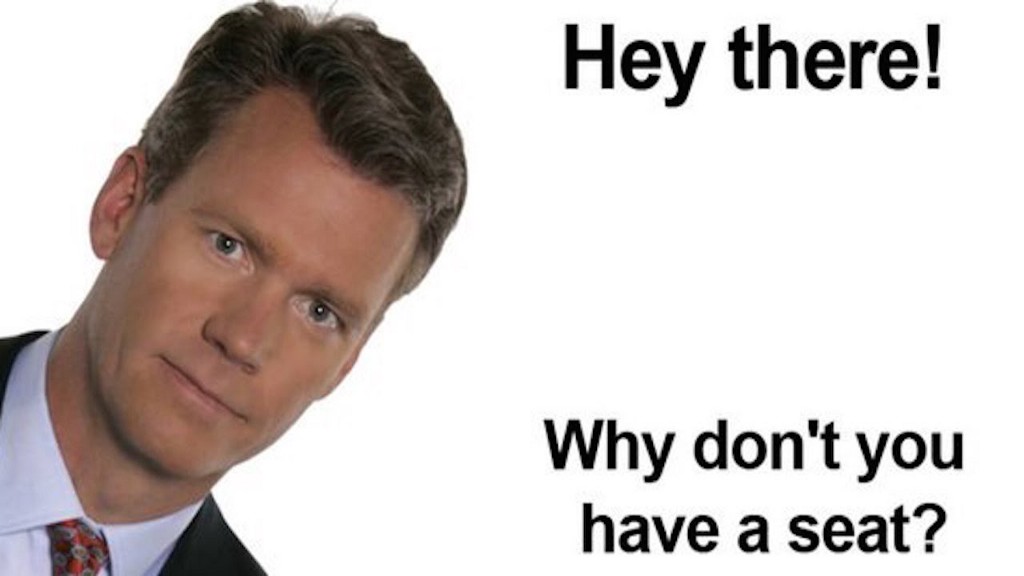 Disclaimer: I am biased in that I am sick to the back teeth of being periodically bled by software vendors who think they have a cloud service that justifies a subscription based model, you should know that before you read this.

Ok I admit that I feel like an asshole for writing this, but in my defense I genuinely love 1password and have done for years, I have it everywhere and its brilliant at its sole job, keeping my super secret 30 digit long passwords safe and reproducing them on demand across all my devices.

I think thats why I bothered to write this article, I love 1password so much that I am genuinely disturbed by their recent subscription money grab and also angry because its undoubtedly going to mean that I have to find a new password manager rather than pay regular subscriptions until I die.

After many years of faithful service, the good people at 1Password decided that they were not seeing enough return on their investment and some bright spark suggested a subscription model, what can go wrong they said.

Who can blame them? After Adobe so dramatically boosted their short, mid and long term profits in the face of fierce customer pushback by doing exactly the same thing, they are now sitting pretty with that sweet sticky recurring revenue stream, despite boosting the fortunes of their immediate competitors and angering their most loyal fans in the process.

The lesson that Adobe taught the software vending world is that the subscription model pays, even if it costs you loyal customers on the road to increased profits and strengthens your competitors in ways that are so subtle over the long term that short term profiteers cannot grasp them.

Subscription based models work really well for specific kinds of technology service, the key word being service. Typically when a real IT service is provided, say by a cloud MSP (managed service provider) serving cloud desktops, servers and VOIP to their customers, the customer knows that if they tried to deliver the same service themselves, the monthly costs can be dangerously unpredictable, its why they go to the cloud in the first place.

My point is that when you deliver real cloud hosted solutions and when I say real, I means ones that are complex enough to require tech support and have lots of moving parts, the subscription model makes a lot of sense. It fixes your CAPEX and OPEX in a predictable way and that folks is where the subscription model magic really happens, it removes financial uncertainty.

Then you have the Adobes of the world holding a piece of software that has been sold on a perpetual license basis for ever, suddenly deciding to sell pretty much the same thing but on a recurring revenue model.

Adobe barely support their software, hardly any of their users ever need tech support to use their software and if they do Adobe is the last group of people they would ask for help with a whole ecosystem full of Adobe training resources freely or privately available on the internet.

Even worse, their software barely changes and they have mostly the same core functionality they built their hegemony on a decade ago, I have no idea where they pulled those 500 extra features out of, but this is what happens when a software vendors needs to justify a subscription, you see software bloat and a drift from core functionality towards bells and whistles.

Adobe knew they had hegemony (not quite but almost) over the professional graphic design market and they leveraged that dominant position into a truly massive base of subscribers and killed all the pirates that were plaguing them at the same time, two birds with one stone.

For sure they alienated a large number of creatives in the process, but their shareholders were not complaining and why would they, profits massively increased, piracy plummeted and they survived the trauma without any real long term scarring on the core business. They survived the leap.

I salute Adobe, they did an amazing job of converting their base to a subscription model, but lets be honest here, they aren't delivering anything that needs to be cloud hosted for any other reason than more money.

I was using Dreamweaver, Photoshop and Illustrator locally installed on a perpetual license model happily for a decade before they tried to stiff me, but now I use Pixelmator and Coda and have never looked back.

Adobe are not real cloud solution providers who provide a real cloud hosted technology solution, one backed up by real technical support and lots of unknown support variables that mean a subscription model makes sense to customers rather than just the shareholders of the company.

Nope, Adobe are quite literally monopolist shysters who drank too much of that recurring revenue subscription liquor and got drunk on it and somehow they didn’t crash their car along the way.

Ask any graphic designer over the age of 3o how they feel about it.

Of course the rest of the software vending world witnesses this and thought “why not me too” and who can blame them, who wouldnt want to be richer than they are, which brings us nicely back to the title of this article.

Now, the more technically aware amongst us know all about the arguments for a subscription based model, we have heard them so many times before as each and every last remaining software vendor peddles them in a desperate attempt to boost their margins at the expense of their loyal customers.

We have all heard the song before and it goes a little something like this:

If you are really lucky you will also hear some variation of:

Software companies need recurring rvenues to survive these days, in order to keep updating and actively developing your software we need a subscription.

Or that gem: Don’t you want your vendors to be healthy and stable financially?

Its total nonsense of course and conveniently forgets that they first built their business on the back of perpetual licensing and that for most of the history of the software space, companies have survived and propspered quite happily with the old perpetual license model.

Its how Bill Gates became the richest man in the world in fact, so don’t swallow this nonsense and buy into it, software vendors dont need recurring revenue to survive, they need to sell product in order to survive.

We also are probably not going to need the new features that they are now forced to invent in order to justify their subscription, usually this totally ruins good products, when what we actually need is a stable piece of software that does what it says on the tin instead of fantasy features.

In the absence of anything tangible, like total market dominance, a real product update that is obviously better than the previous iteration or actual technical support, fun marketing and new features are all that remain.

Lets be clear about what we need, what we actually bought from 1password.

We want our passwords encrypted at rest until we need them and we want those passwords reliably synched across devices, its that simple.

If you are like me, you probably have 300 passwords in your vault.

If you are like me, most of those records consist of three fields, a username, a password, a URL to the login box and are completely text based records.

Lets assume that each record is worth 25 characters each, with one character equalling one byte. That would make my entire database (if you can even call it a database) weigh in at 7500 bytes of data.

Nothing in other words, less data than my address book.

But that doesn't stop them wanting to charge you three dollars a month forever for the privilege of hosting that tiny amount of data and thats just the price they launched their subscription with, that price will steadily rise over time as they test their customers willingness to pay in increments.

1passwords only job is to synch password data across devices and store minute quantities of data in the process, such a small amount of data that until now they did not think it worth putting in the cloud.

Before they let you store your password vault on Dropbox or iCloud, something that up until now they thought their customers could handle technically themselves, but now they have decided its too technically complicated for most users to set up and must be a cloud service.

They of course are being shady about the whole thing, its why they talk about roadmaps for the future not being fixed and keep saying “we have no plans to do this” instead of “we will not do this”, it leaves the door open to those plans changing at a later date without them having to lie.

The problem they have is that we all smell a big fat lie in their story, one so obvious that they disgraced themselves trying it on us for size.

The story I am hearing from 1password is that they even though they just introduced a new subscription model, it will run alongside their existing perpetual licensing model in perptuity and that amigos is the big fat lie they caught themselves in, I think because they are too timid to go all in.

No business person, no investor, no banker, no accountant, no founder would operate two contrasting licensing models, recurring subscription and perpetual and use one to subsidise the other to save face for very long.

The lie that 1password have caught themselves in is the lie that they will continue to maintain both models indefinitely. Nobody is going to compare the perpetual licensing model, to the more money for less work subscription model and conclude its worth keeping both of them for ever.

Adobe taught us this and the industry seems to agree with this consensus.

They can deny it as much as they like but we all know which way this road goes, they made it clear when they blatantly jumped up their perpetual license prices the month before they launched their subscription service.

So I made a prediciton. I predicted that 1password would drop their perpetual license and local vault model in the face of recurring revenue within 24 months or less and I comfortably stand by that prediction.

It is my belief that after a decade spent making very good software that does exactly what it says on the tin, the founders of this company decided to juice up revenues in a big way, probably as a precursor to a sale of the company.

The only reason they wont go there is if enough of their users push back, but the problem there is that Adobe taught us that no matter how many of us push back, nobody cares in the face of sweet recurring revenue.

The 1password team is timidly dipping their toe in right now, hence the two contradictory licensing models sat side my side for the moment, at least until Dave Teare has enough confidence in his new revenue stream to cut the cord and admit where they are going with this over the long term.

Say what you like about Adobe, they had the balls to go all in and convert everyone to the subscription model at the same time, criticism be damned.

This is a public service announcement and represents my personal opinion.

Say what you like about Dave, he is a gentleman for sure and he earned my respect with this comment in response to this article and as a long term 1password fan, I sincerely hope he makes me eat my words. 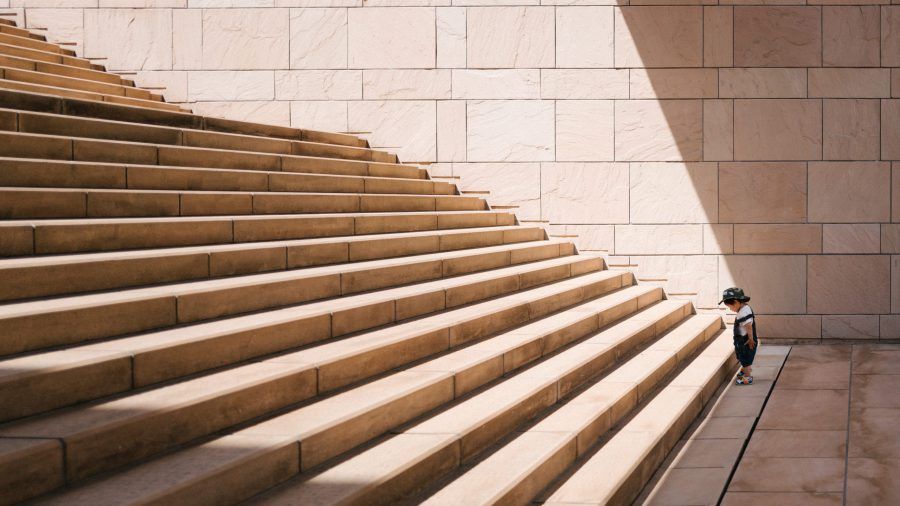