There Is No Trusting The US Dollar 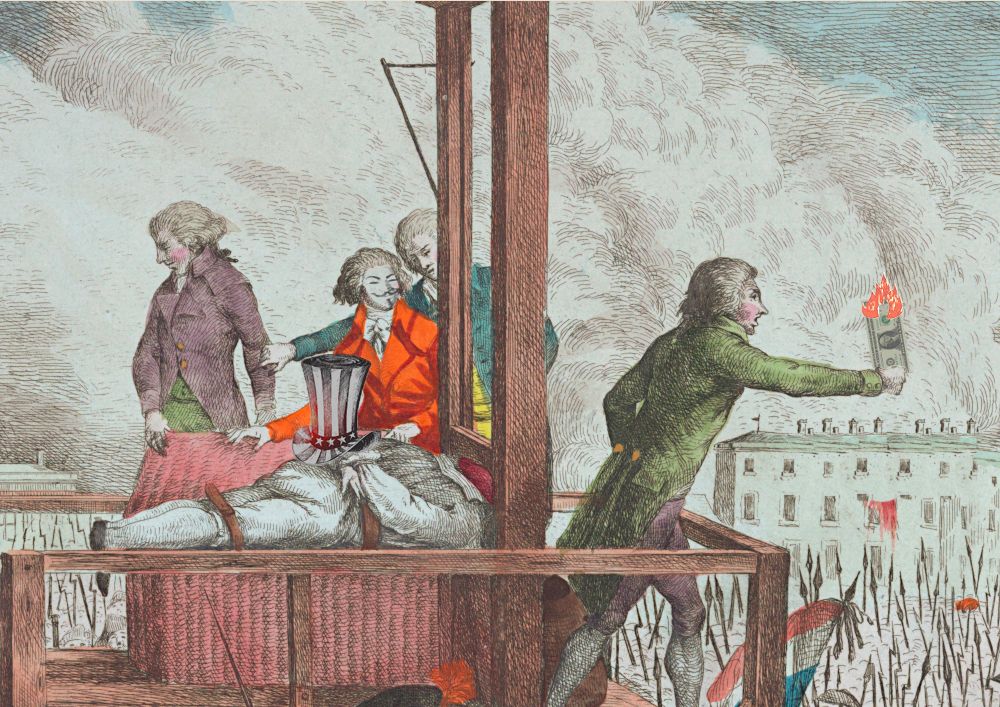 An update to 'The US dollar Has Failed' from early 2020. The US dollar is trading at significantly lower levels since this article.

As we head into the year 2021 we take a look at market trends developing that we believe will mature this year with an incredible amount of activity in capital markets at the moment.

Within this activity, those investors and traders who are able to make confident calls early and hold on through the flux will be richly rewarded.

Today we cover what may not only be the most fundamental change in the global financial system in 2021 but also one of the biggest financial events in our lifetimes.

It is the loss of trust in the US dollar.

Firstly though it is important to understand the gravity of the implication here.

The US dollar is still the worlds reserve currency, and in fact makes up a larger portion of strategic reserves (foreign exchange reserves) today (~60.5%) than it did 1980 through to 1995 (as low as 47% of total reserves in 1990). The mighty US dollar is also still the worlds settlement currency with the petrodollar alone accounting for somewhere around $6 trillion USD settled every decade.

However the greatest market force cementing the dollars position as the worlds most important form of money may be the value of global debt markets priced in USD. In Q3 2020 alone, 65.9% of total debt (~1.333 trillion USD value) in international debt markets was denominated in USD ($878.4 billion USD). This averages out to $3.5 trillion USD of debt created for the year.

The trust required in a financial instrument to attract this level of dominance is immense. It is not only a reflection of the power of the U.S. Economy – debt issuance in Chinese Yuan is 0.3% of the total despite an economy around 2/3 the size of the United States – but denotes trust in the US and even Western system.

Put even more bluntly, the US dollar is the system.

So what gives here. How can we make the claim that there will be a loss of trust in the US dollar with this immense dominance?

First we look at the role of money – as a store of value, and find that the US dollar fails to achieve this.

Secondly, we look at the role of settlement layer currency as a trusted position and find the US governance system lacking.

Thirdly, we look at existing trends around the US dollar including a decline as strategic money.

Last, we look at the trajectory of US policy decision-making.

Examining the US dollar as money and finding it lacking depends on firstly defining what money is. We argue that the US dollar is now currency – a means of transactional payment – as opposed to money – a store of value (although we will compare it in the class of ‘monies’).

This is demonstrated in the current interest rate – essentially 0% now and in the foreseeable future. So if US dollars are money, they must be valuable to hold and lend but they are not. Additionally, US dollars were holding their value against other assets in their class (currencies, although they have not been holding value against currencies in the second half of 2020), but have not held their value against monies (bitcoin, silver, gold) or other assets such as equities or commodities. It may be why there is evidence of inflationary conditions in soft commodities and energy, and we are keeping an eye on this for consideration as part of this phenomenon.

The loss of status as money has implications for using the currency as a settlement layer. The settlement layer is the final stop in a series of transactions globally into which the value of those transactions is stored. When the settlement layer is no longer money, no longer a reliable place to store value long-term, other avenues will be sought. Again these avenues include bitcoin, silver and gold, all of which are trading higher today by 20+% over 1 year as well as also trading far higher over 3 and 5 years (with bitcoin obviously trading much, much higher than other monies). 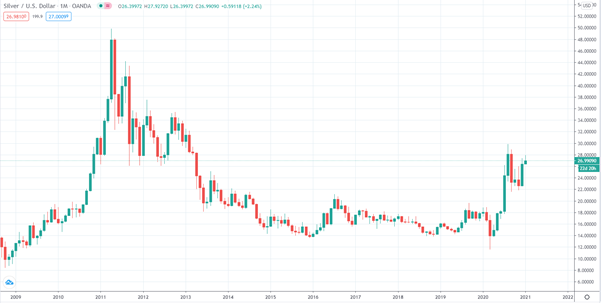 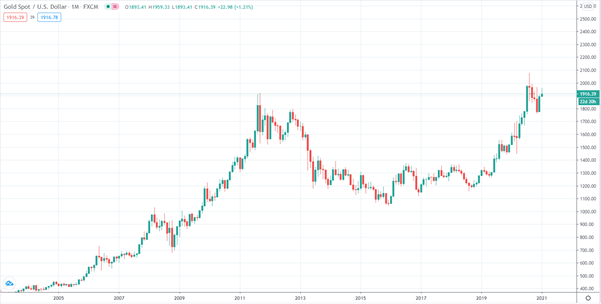 Equity markets and risk assets are generally attracting bids in this way – as the last chance saloon for fund managers to achieve yield from investment in an environment without any.

Although there was an attempt to reverse some of this effect in 2019 with the Federal Reserve tightening monetary policy, it was in a very short space of time - by December 2019 - that markets did not allow this, rejecting the attempt to raise US interest rates when the overnight repurchase agreement market failed and its rates spiked dramatically. This failure was established well before the Covid-19 problem/response and required an intervention by the Federal Reserve of upto $500 billion USD to grease the cogs of the global financial machine in normal trading conditions.

This action suggests a permanent requirement for exponentially larger amounts of extraneous liquidity in liquidity markets in order to function ‘normally’, as well as there being no exit from the system for the trillions of dollars in quantitative easing since 2008.

These failures in financial governance are significant, however the US is also perceived to be militarily, politically, economically and culturally weakened in 2021 by friends and foes around the world. After the very-unpopular-with-the-establishment populist Donald Trump was elected to incredible disruption in every facet of social life – elected partly due to the excesses we mention – and alternatives included the probable and habitually frustrated communist Bernie Sanders, Joe Biden who likely has dementia and the unlikeable Kamala Harris who got her political start in an extra-marital affair, it is hard to see past the US government simply being the political arm of billionaires and their capital – and not just American billionaires but everywhere/anywhere!

As a completely apolitical statement that gives no pleasure to point out - the trust in the United States of America, as well as the dollar, is being lost. It may be lost.

So thirdly, when we examine the US dollar as a strategic money we see that foreign exchange reserves of USD (USD held by foreign institutions, often to settle transactions) peaked in 2015 at 65.73% and has since slid a full percentage point each year, now at 60.5% in late 2020 figures. Strategic gold holdings have increased by almost 17% since the quantitative easing of the 2008 global financial crises and have been in a firm upward trend since – demonstrating an increase in demand for gold in strategic portfolios; the type of portfolio that define a global reserve currency - for a plan b.

The course of US policy seems to have us locked into an eventual and necessary decline of the USD, accelerating significantly from this early view in 2021. Given debt levels and weak expectations in global economic growth in an environment of increased market friction with trade wars and other restrictions including rising geo-political risk, there may not be a lot of choice.

So, despite commentators such as Hugh Hendry, ex Eclectica fund manager suggesting that the Federal Reserve accept the carnage of a 200 point rate rise to shock the system out of its delirious feedback loop to oblivion, the official position of the Federal Reserve has been to target inflation with more of the same type of monetary policy.

We would argue inflation is already here, given soft commodity and energy prices, but more on inflation in our Report on Inflation.

So with Federal Reserve asset purchases already on target for $1.440 trillion USD of purchases in 2021, the balance sheet of the US Federal Reserve looks like this (below chart). Readers should take note of the increase in the balance sheet before the Covid-19 policy response, as well as the size of the crises increase compared to the global financial crises in 2008 (itself an unprecedented moral hazard of inconceivable proportion at the time). From the mouth of Cleveland Federal Reserve chair Loretta Mester, the chart will be much higher again at the end of the year.

Over a similar time period, M1 money supply has exploded, increasing by close to 40% in 2020.

So, in-between potential inflation, immense influence by American levers of power on global commerce, geo-politically motivated sanctions on major world powers, aggressively expansionary monetary policy to protect American interests after encouraging risky and failed financial practices, enormous levels of debt and a current account picture unlike anywhere else in the world, perhaps the US has dined out for one of the last times on its ‘exorbitant privilege’ as named by French Finance Minister (and possibly also Charles De Gaulle privately) Valéry Giscard d'Estaing; now becoming the worlds problem.

Addressing this issue of money, debasement and trust in the book ‘Bitcoin: A Revolutionary Investment’ we discuss the history and role of money, as well as the role of Bitcoin as an addition to institutional portfolios. Bitcoin as money is emerging as one of the greatest risk-management assets available to investors in its role as the antithesis to systematic risk in the global financial system.

N.B. The US dollar has been one of the most crowded trades of 2020, and whether it should be actively sold as a trade against other currencies is another discussion for another time – but we must make the point that the argument that it loses trust and status could be dangerous to trade on and this is not trading or investing advice.