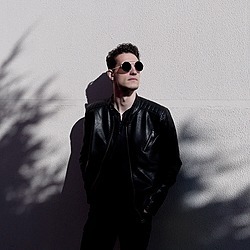 On June 11, Techcrunch.com and the Liquid cryptocurrency exchange website published news that the sale of the alleged Telegram tokens will start on July 10. The newsworthy event has caught buzz within the cryptocurrency community, and based on it we have decided to explore the channels and the news flash sequence, namely which sites are most effective and what tools can be used to make the newsworthy event even more noticeable.

We’ve looked at how often users searched for information about the “Gram token” in June:

As it follows from the graph, the increase in the number of queries in Google search falls on June 11th — the date the news was published. This is a natural phenomenon: the message that the token will be listed on the Liquid exchange had generated great interest, and many followed the development of events.

Using the TGStat service, we have seen how often the “token” topic was
mentioned in telegram channels from June 10 - 19. June 11 saw a powerful leap from zero references to 270.

It is worth noting that the graph shows the situation mostly for the
Russian-speaking regions since it is there that the TGStat service is popular.

We collected resources on the pages of which we saw the information set:
the quote from the Liquid CEO Mike Kayamori or mentioning the name of the exchange and the “Gram token”. We obtained 3,500 links. It took several days to validate them, to refine out the unnecessary and irrelevant. As a result, we’ve got a list of 71 unique resources that wrote about listing. Additionally, we’ve collected mentions of these materials by users on Twitter.

There is a strong increase in the number of publications on the news release day, but after a couple of days interest in the topic disappeared.
The first week after publication:

The second week after publication:

It can be seen that the newsworthy event lacks support: hype in the early days followed by silence. On June 14 and 16, there were attempts to recall the token listing: several resources published the news, such as cointelegraph.com, criptomonedaseico.com and others, but this did not produce a significant result.
Unlike the media, Twitter continued to discuss and share the news almost the entire first week after the announcement. This is represented by the dashed line of the number of tweets on the chart. The second wave of interest in the topic began to rise closer to July when the Gram was supposed to appear on the exchange.

On July 1, in support of the IEO, the exchange launched a competition on Twitter in which it raffled off the “Gram tokens”. According to the participation conditions, it was necessary to retweet 2 publications and mark 3 friends in the posts using the #doitforthegram hashtag. The Twitter account should have had at least 500 real subscribers, and it was possible to take part in the competition until July 17.
We’ve looked at the coverage of these two tweets using the twitonomy service. On July 10, the date when the “Gram tokens” were supposed to appear on the exchange, both publications received the largest number of retweets, and therefore the widest coverage.

Statistics for one of the posts: approximate coverage — 21,033.

We’ve decided to analyze what sources the resources referred to in their
publications. Initially, we assumed that most of the resources would refer to Techcrunch and the exchange itself as the primary source. Techcrunch is a reputable giant with 23.7 million unique users monthly. It was the first to publish the news about the Telegram token that, of course, became the main driver of this topic. But it has turned out that most media referred to the Liquid exchange, and then to techcrunch.com and cointelegraph.com.

In the center of the diagram are news resources, and on the periphery — twitter accounts that in their publications referred to the news of a particular media outlet. The line thickness shows the resource or account traffic relative to its group.
It can be seen that most often Twitter users referred to cointelegraph.com:
the total number of followers of these twitter accounts was 232,000, while at Techcrunch this figure was equal to 63,700.

From June 11 to July 25, 70 videos about the “Gram token” were published on YouTube channels.

The graph shows that the largest number of videos was released on June 11 and 12 — the days of the announcement; as well as on July 4 and 6 — a few days before the start of the sale.
The number of views correlates with the release dates of new videos. A noticeable surge is visible on June 15 when the video was published on the Coin Post channel — one of the largest Russian-language publications on cryptocurrencies.
The total number of views for the selected period is almost 120 thousand. When comparing the coverage of YouTube users with the Twitter or the media coverage, it can be seen video hosting loses only in quantitative terms — the videos were published on specialized channels, and therefore it was the target audience who watched them. 64% of all views belong to Russian-language channels.

Interest in the Liquid Exchange

How did this newsworthy event influence exchange attendance in June?

Compared to the previous month, the exchange attendance growth amounted to 26.3%. In our opinion, if we continue to maintain interest in the topic, this figure could increase significantly.
On June 11, the news did not significantly influence the trading volume. A small surge is visible on July 10-12, during the sale of the “Gram tokens”.

Interest in the QASH token

QASH is the Liquid’s token. Its holders could buy “Gram” at a discount; therefore we decided to see how the rate of the native token changed on the news release day.

Analysis of the campaign results

Based on the data analyzed, we believe that the Liquid purpose was to sell their QASH tokens by joining the Telegram brand. For this purpose, the exchange team did not just conduct an IEO, but developed a whole strategy, which has been implemented through marketing and advertising campaigns:
1. It has prepared an official statement, release, and paid publications
When everything had been technically thought out, the exchange made a
statement on the site, prepared a press release quoting CEO Mike Kayamori, and after a while, it strengthened the PR with paid materials. The main sources of the newsworthy event distribution were two publications: on techcrunch.com and prnewswire.com, which duplicated its news on finance.yahoo.
2. It has developed a system of discounts
Holders of the native QASH tokens could buy Gram at a discount, which increased with the number of coins in the wallet and the period of their storage.

3. It has launched a contest and a lottery
During all these activities, the exchange raffled off the “Gram tokens”. The
participant, in addition to other conditions, had to be a QASH holder. Thus, Liquid achieved its goal: the trading volume of its token on the news release day grew by 1,300%. In addition, all the “Gram tokens” were sold out, and the exchange got the attention of world media and the public.
What barriers did Liquid face in spreading this news?

The newsworthy event was perceived as a fake

The fact that the media were not sure of its veracity was reflected in the distribution of the news: the silence of the Telegram team and legal
inconsistencies undermine the belief in the reliability of the newsworthy event.
On June 12, the day after the announcement, articles and videos appeared that the news were fake:

News on thenextweb.com and coinspeaker.com

The newsworthy event had few updates

Those resources that wrote about the “Gram token” listing reprinted the same news from the Liquid exchange website or techcrunch.com.
Several publications on the “Gram token” were published on
cointelegaph.com. The second of them was a refutation of the first news, where the journalist wrote that, by agreement between investors, no one had the right to sell tokens before their official launch.

The fourth article on cointelegaph.com with the exchange CEO quotes attracts attention. Most likely, the scope of the material was to block the negative of the second publication which is a good classic strategy. But that was still not enough.

What conclusions can be drawn?

It's easier to spread the news on Twitter than in the media.
Unlike the media, the Twitter audience actively supported the newsworthy event and wrote about it throughout the week. The social network format contributes to an almost barrier-free passage of fake news: there are no editors, control, and responsibility for publications. Users quickly read short messages and also retweet them quickly.
Collaboration with news distributors can provide good results
PR Newswire is perhaps the most famous and, in some cases, fairly effective news distribution assistant. For cooperation with it to bring results, a press release should be written as per the rules of the resource, a newsworthy event should be considered, and the target region should be defined.

Immediately after the press release placement is paid, PR Newswire distributes it through its media base. It is large enough and therefore 20-100 publications can be guaranteed, for which you do not need to pay extra. Sometimes, as with the news about the “Gram token”, it is possible to get to finance.yahoo, but more often small thematic media close all positions.
Therefore, on the one hand, PR Newswire allows saving money, but on the other hand, it is roulette: either the publication is on huge finance.yahoo or you obtain a long media plan, but with a minimum number of views.
Publication on an authoritative resource contributes to the dissemination of the newsworthy event
A huge number of publications do not always indicate tedious communication with the media. In each area, there is a “golden antelope” resource, after placing on which you can get a huge number of reprints and references to the news. In the cryptosphere, of course, it is cointelegraph.com. Both English speakers and media from other regions trust it.
It is necessary to control the distribution of the newsworthy event: often the news is republished, distorting the facts, and then the necessity appears to additionally contact the editors and prove that you are a real representative of the company or project.
New materials help the newsworthy event stay afloat
For prolonged hype, the story needs to be reinforced with other formats. In the case of the token, these could be answers to the top 5 questions of Gram traders or an expert comment by the Telegram developer. The PR manager needs to track the frequency and number of publications and, as soon as interest drops, offer new materials that better reveal the topic.
Game mechanics influence news distribution as well
The exchange has stimulated the interest in tokens by launching two activities: a contest and a lottery. Thanks to this, the flow of investors and the newsworthy event coverage increased. Referral games airdrop and other similar events are popular and effective methods in the cryptosphere to attract the audience.
DISCLAIMER: we cannot claim that the “Gram token” distributed on the Liquid exchange is the alleged TON blockchain coin. Therefore, in this analysis, we highlight it with quotation marks.
We do not provide any financial advice but used this newsworthy event only to understand the news distribution scheme in the cryptocurrency domain. You can download a full version of the insight on our website.
If you have any questions or want to consult on marketing — feel free to get in touch with me and my team  at BDCenter Digital, where we conduct researches and create Digital Marketing solutions for Blockchain, IT and Startup products.