The Svelte Effect: Everything You Need To Know 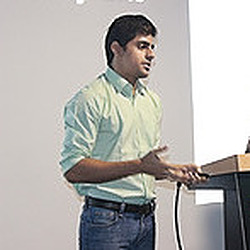 What is it about Svelte that makes it the most eligible bachelor in the front-end dev scene along with the likes of React & Vue? I mean, Svelte could be the next big thing, but does it have what it takes?

Svelte can be overwhelmingly unbelievable at a glance, but don’t look the other way because some things can be too good and true. Everything that makes Svelte a big deal can be found within how it is spelled, so let’s spell the damned thing:

According to the devs who have tried their hand at Svelte, it is by far the easiest to understand amongst its peers. The likes of React & Vue use a boilerplate, irrespective of what you’re trying to build or how big or small it is. Svelte does not use a boilerplate.

Since Svelte is a borderline compiler, it allows choosing different constraints, reduces the overhead garbage collection and decreases your overall fuss meter.

I wanted to spell V as Versatile but then again, we can make a few exceptions for the sake of simplicity, can’t we? Like it says on the official Svelte website, it aims to ‘retire the Virtual DOM is Fast myth once and for all.’ Virtual DOMs are faster than Real DOMs but, & I know this might be controversial, they are complex. Svelte does away with virtual DOMs and shifts the process into a compile step, that generates framework-free JS code, which in turn, you guessed it, is smaller, faster and plays the goodbye song to Virtual DOMs.

There is absolutely no framework exclusive syntax to memorize. Svelte also sees a frequent use of <script> & <style> tags (framework-less development, put your hands up!) which makes the learning curve much less steep and is absolutely beginner friendly.

Readability of code in Svelte is at an all time high, because there are practically lesser lines of code to write. One of the underlying principles behind writing Svelte was to reduce the amount of lines of code that you would have to write and rightfully so, it achieves that. Stats say that the amount of code to be written in Svelte is roughly three times smaller than React. Now that’s attention worthy, atleast for me.

An age old concept which constitutes the very heart of modern UI development, Reactivity is what Svelte 3.0 is all about. The ‘this.setState’ of React is now replaced by ‘=’ in Svelte, which updates your app without using explicit functions. This also means that there are no complex State Management Libraries in Svelte. States are handled internally and don’t require any external interference.

The above key features of Svelte do push this framework towards the epic column in my books. I also read somewhere that Svelte is a product from the creators of Ractive.js and it makes sense. Svelte inherits a lot of features from this template driven UI library that has long strayed from the mainstream dev scene.

The Dark Horse Of The Industry

During the time I clocked in for my research, I came across an interesting thing that I felt was important to share. Many big names such as the New York Times & Spotify, amongst an ocean of others, have made the shift to Svelte and are loving it. But what was more interesting is that there are only three companies in the world that are providing Svelte Development Services (subject to change at the time of publishing). If you’re looking for services in Svelte, these are the companies you should be gunning for:

GeekyAnts is a known name in the industry and has always been on top of the newest technologies in the market with Svelte being no exception. They have not only developed expertise in Svelte and are offering services but are also doing their bit to promote the community with their meetup group.

This company based in Tamil Nadu, India has the largest list of services I have personally seen from any company. They offer development services in Svelte, Blockchain, Magento, Wordpress and plenty more. Do check them out here.

Another service based company from Tamil Nadu, India and founded in 2010, they have expert developers in Svelte and offer services for web development in it, along with many other technologies. Reach them here.

Note: These are the names that I could find online and might not be the only ones out there. If you know about more companies that offer Svelte services, do leave the names and links in the comments section.

Svelte has barged its way to usher in the modern era of front-end development and is not going to budge anytime soon. Although the industry is a little behind on cashing in on the benefits of this technology, that won’t be the case for long. The community for Svelte is growing and is being fore-fronted by some groups that deserve applause. I would encourage you to dip your feet in orange tinted waters for an experience that will blow you away.

Learn Svelte From The Masters: https://svelte.dev/tutorial/basics

apibeats: Get Notified on Slack When The API Changes 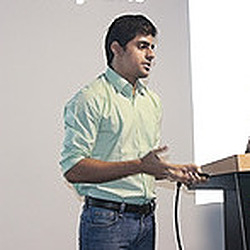