The State of Containers in 2020

Containerization has come a long way and containers have completely revolutionized the way companies build, test, package and deliver software today. Containers are good for packaging any software. Big or small. Microservices are great candidates to be packaged and delivered with container images. With Microservices architecture, the large monolith is decoupled into several mini services that work independently.

This non-interdependency creates freedom among the developers to work on the services with more proficiency without worrying about the dependencies and how the service might affect the others in the whole system. Although microservices are decoupled pieces/services, they all work on one bigger and common objective.

Like Docker describes it, a container image is a lightweight, stand-alone, executable package of a piece of software that includes everything needed to run it: code, runtime, system tools, system libraries, settings.

A single container can be used to run anything from a small microservice or software process to any larger application. Inside a container, you will find all the necessary executables, binary code, libraries, and configuration files. Containers do not contain operating system images, and this makes them more lightweight and portable. In larger application deployment systems, multiple containers will be deployed as one or more container clusters. A container orchestrator like Kubernetes will further manage such clusters.

Container technology has been in the boom since it makes software development as smooth as silk without any hassle like traditional software development where isolation of software packages was hell and there hence making a developer worry about all the dependencies associated with it. Container technology is a process of packaging an application so it can be run, with its dependencies, isolated from other processes. In Docker containers, we will have no Hypervisor, virtual machines will have a hypervisor, and that's the significant difference between both. In Docker container, it has a process that directly runs on the OS known as Docker Daemon, and this helps and manages things like running containers on the system, the images, and all of the command utilities they come with Docker and makes the process of packaging and running software easy.

The Benefits of Containerization

Let’s go through some noteworthy benefits

The rising popularity of Kubernetes:

Kubernetes is an open-source project that was originally started by Google, and now many major platform vendors support it. K8S was submitted to and is now a part of the Cloud Native Computing Foundation (CNCF), which has evolved as a standards body for cloud-native technologies in the cloud computing world. Kubernetes is a stand-alone platform for container orchestration, and it also allows your container workloads to be portable across various public clouds. We are now seeing more and more technology companies using Kubernetes.

Containers are extending their popularity due to the rise of Kubernetes, the de-facto container orchestration tool that helps developers to automate the workloads of containers. Different services in an application are packaged into separate containers and deployed across numerous physical or virtual machines; hence an orchestration tool automates processes such as deployment, management, networking, and scaling; that is what exactly Kubernetes does.

The importance of container registries

A container registry is not just an image repository, it is a collection of container images, and it contains all the versions so your consumers and stakeholders can efficiently consume both the first version, as well as the following versions.

A container registry lets you organize and store images in much more accessible ways. This provides a focal location for publishing, storing, locating, downloading, and managing container images by helping developers automate their DevOps tasks quickly and without having to play the blame game.

The need for container registry

During the development process, it is good for developers to have access to all the container images needed for an application in one place. They don't have to run around and waste their time on building and storing new ones that already exist, thereby creating chaos. Hosting all the images in one stored location allows users to commit, identify, and pull images when needed.

Firms should have both short and long term container strategy to make use of them effectively and there are some factors like company culture, security, governance, internal compliance, level of infrastructure abstraction, etc you can consider before going to a container strategy plan. Determine the container management system you need. There is a good picture on TechTarget by Tom Nolle, the president of CIMI Corp.

Containers have been getting a lot of attention over the past several years, thanks to Docker and Kubernetes for enabling firms to transform in the desired way digitally. Container adoption will enhance not just the developer productivity, also being an enabling technology, they aim for greater agility, especially in developing customer-facing applications and getting the code into production with greater speed.

Building, shipping, and running applications have changed over the years in many positive ways with the introduction of containers because containers are, in many ways, a step change in how quickly and securely deliver applications in the enterprises.

The adoption of containers at enterprise scale is much like building a home, and like a home, it is built well when done brick by brick. By starting this journey, you will have a lot of responsibility by focusing on transforming a single application and gaining institutional knowledge first slowly and then spreading awareness through training and other learning processes. This way, enterprises stand a better chance at creating a modern architecture that lasts.

Gartner forecasted that half of all companies would use some kind of container technology by 2020, which is true. Containers enable you to transform positively forward and helps to eliminate unneeded weight that usually comes along with virtual machines. Containers are the future. Containers have become the next level of abstraction layers that are necessary for application development and delivery to move faster and with efficiency.

The digital transformation is happening with the adoption of containers and microservices and is transforming how enterprises are deploying software. It is time to go cloud-native and valid time for enterprises worldwide to embrace a container strategy. 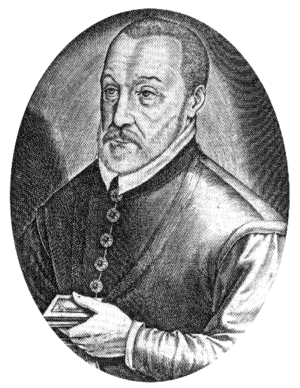