The Other Side of Anonymity 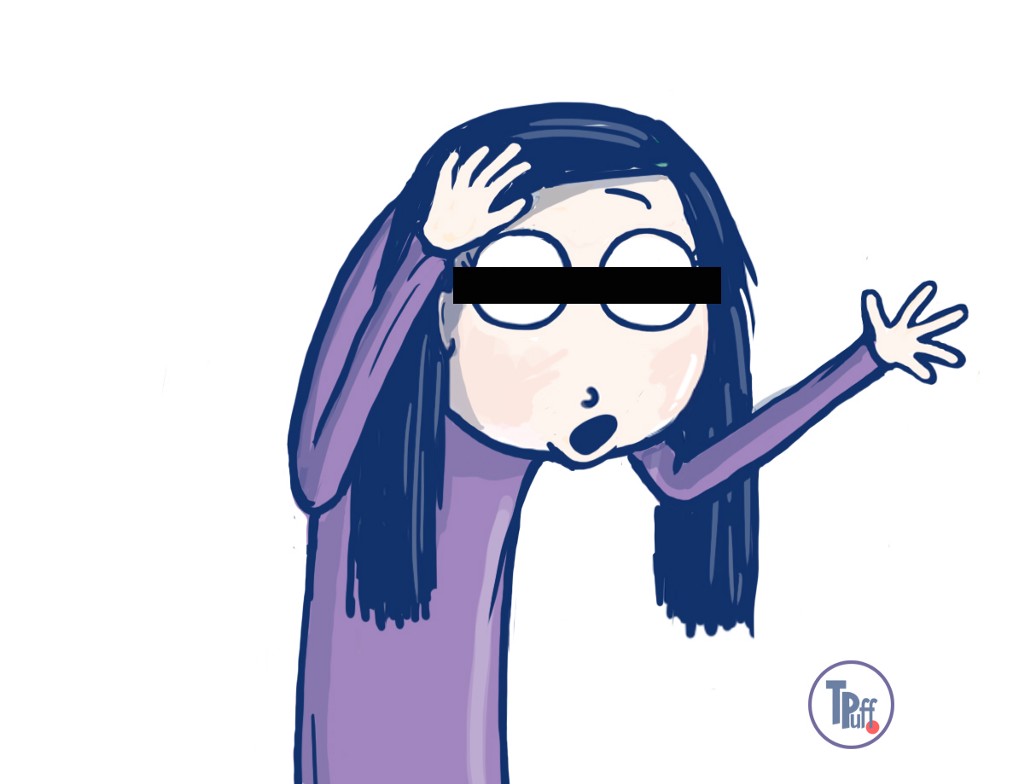 When I first heard about Myspace I was working in a small, dull office inhabited by 30 mostly young employees. I was the office manager and, as such, served as the unofficial hub for all-things that happened within the depressing confines of our shabby 10th floor office. After a month proving to my coworkers that I was an equally dissatisfied employee (whose only tolerance for the job was based on a tenuous relationship with personal finance), I was finally entrusted with the key to surviving another mind-numbing day in this godforsaken desk farm: Myspace.

The Social Network for Everyone (& Thing) Else…

One particularly yawn-filled afternoon, a coworker popped by my desk and asked if I was “on Myspace.” My initial reaction was pretty typical: The name sounded like it belonged to the quarantined toddler section at Chuck E. Cheese.

~At Myspace, your toddler has the freedom to smear pepperoni grease on underpaid employees or shit his pants inside a plague incubator (otherwise known as a Habitrail)! Or both. His choice!~

It sounded stupid. And unsanitary.

I made a face and shook my head. “Nope. Not interested.”

My coworker, recognizing my ignorance for what it was, laughed knowingly. She then pushed me out of my chair, logged on to her Myspace account, and took me on a whirlwind tour of all the memes and random bits of utter garbage that social networking had to offer.

I was immediately enchanted by its pointlessness.

Not only could I spy on people I hadn’t seen in years, I could also share a new Funny or Die video or post a passive-aggressive Willy Wonka meme on someone’s wall… all while having my ears defiled by the likes of Maroon 5 or Fergie.

Moments later, I created my profile.

I never did any work in that office, ever again.

Though it was a somewhat brief affair, I fell in love with Myspace for a simple reason: it allowed me to be mostly anonymous (and completely irreverent). I alone chose with whom I shared my very deep-cover profile. If, for instance, I wanted you to know that the pic of a dead houseplant named Marsha was really me, then I sent you a PM or a text and then, and only then, could we be friends IRL and online.

As a huge bonus, Myspace allowed me to make meaningful connections with such fascinating individuals as the amusingly literal “Bottle of Ketchup”* and his witty friend, “Monolith from 2001: A Space Odyssey.” As well as my personal favorite, “Mr. Pumpkin” the blogging Siamese cat, whose well-researched review of kitty litter blew my mind.

*Truth is, the minute I stumbled across a profile pic of a ketchup bottle whose “About Me” section said, “I wanna be on your fries so bad right now,” my love for Myspace only deepened.

Remember Tom? Tom was my friend.

Though judging by his more recent pics, Tom resembles what I imagine an arrogant douche looks like when handed unholy sums of money (for providing me the God-like power to make everyone listen to the Halloween theme when they clicked my profile).

But really, this isn’t about Tim, or Tom. Whatever.

This is about freedom.

And though I gave up Myspace nearly a decade ago, it still holds a special place in my cold, cynical heart. Nothing and no social networking site can ever replace it.*

*Lol. No, I’m not romanticizing Myspace because I was in my 20’s at the time and had my entire life ahead of me. It was just a far better, more fun social networ … GOD I was so young! <sobs>

What’s Wrong with the Internet? How Should I Know, I’m Just Here for the Jokes.

I mostly dislike Facebook for the very things it won’t let me do. I can’t innocently view even the most satirical of pages given that a giant, evil overlay demanding my immediate assimilation, consumes my entire screen the second I attempt — as a heathen outsider — to view it. And if I want to sign-up, WHICH I DON’T AND NEVER WILL, then I have to offer proof of life, four pieces of ID, and a DNA cheek swab, just to create some bullshit account that I’m never gonna use because, again, Fuck You, Facebook!

And while some may argue that anonymity breeds trolls, I’d contend that’s not the whole story. Even with a public and supposedly “real” profile, a troll still gonna troll. It’s the Internet after all and, just like the shelter of our cars can embolden road dickery, the shelter of our laptops can incite a mostly illiterate person (or a literate, but deeply insecure prick) to type out some screed about how he totally agreed with you until you said, Fuck you, Facebook, so now “You can go suck a bunch of bleepity-bleep-bleeps and then blankety-blank-blank yourself!” — Sincerely, Mark Zuckerberg.

But getting back to my original point: on top of having to provide tangible evidence to Facebook that I’m not really a dead plant, I can’t even personalize my muther-effing page?! That’s an outrage! Who the hell does Facebook think it is to tell me I can’t choose a shade of hot pink that torches retinas when used as a font color?! Or turn my page into a vomitorium of seizure-inducing GIFs and unreadable text?!! Is it not a basic human right to use shitty copypasta code to give web designers nightmares?

What’s the bloody point of the Internet if I can’t manipulate my tiny square inch of it into something so distracting and incoherent that eyeballs bleed?

In all honesty, though, I never really did go in for obnoxious colors and gaudy fonts on Myspace. My page was one of elegance and restraint. When you visited my profile, you were greeted with soothing darkness and a subtle, unexpressed rage, tastefully punctuated by a score of upbeat dance music — namely Michael Jackson’s “Don’t Stop ’Til You Get Enough” — at least for a week or so until I changed it to something more Joan Jett-y because Hulk mad! (and I do love rock n’ roll).

The Benefits of Myspace and Why I’m Willing to Die on This Particular Outdated Cross (but not really because I’m actually making a bigger, tangentially-related point about technology).

This distinction between Facebook and Myspace is just an example of how our interaction with, and expectations for, the Internet have evolved. What was once a wild west of information — a new, convenient means of communication and a place where I could kill a workday without actually working—has developed into a web of privacy violations.

And who, besides intellectually-stunted, reality TV stars and most teenagers, doesn’t appreciate their privacy? While things like Facebook are completely voluntary and nonessential—for now — more and more necessary activities and resources are requiring you give up some, if not most, of your privacy.

Of course, I’d be the first to admit that I enjoy being able to conduct “business” at the slightest inclination and at the most obscene of hours. I love the ease with which we can connect and the luxury of telecommuting. And I’m clearly obsessed with posting my every meandering thought on the web.

But I will also be the first to tell you this handy connection fills me with a vague anxiety, the likes of which I didn’t experience prior to the all-encompassing arms of the Internet.

While it’s one thing to have immediate access to information, it’s another thing entirely to surrender your most valuable data to some virtual entity.

Now, before we can communicate or perform transactions, we’re expected to create an online account — an account stored on “the cloud” which, as we all know, is quite literally just a big fluffy marshmallow impervious to all the bad stuff that afflicts EVERY OTHER SERVER FARM in the universe. You know, because of its proximity to heaven.

And in order to increase the security of this account, you have little choice but to divulge additional personal information. Then keep accepting that ever-evolving “privacy” policy… or just drop dead like the tech-troglodyte you are.

Just a Lowly Prisoner of Progress

Though I’ve spent the last 1,000+ words confirming that I’m a 90 year-old standing on the street corner screaming “back in my day!” the least I can do is refrain from calling the era of Myspace a “simpler time.” However, as far as social media goes, it certainly was less… comprehensive.

Whereas Myspace was a two-dimensional link to the mostly silly portions of the web, Facebook wants to be your three-dimensional everything. I get the unsettling sense the intention isn’t so much to build a world within Facebook, but rather to build the world, yours and mine, around Facebook. And unlike West World, which exists merely to meet the decadent desires of the bored and privileged (at least, as far as the movie was concerned), “Facebook World” would like to meet all needs — social, informational, recreational, and governmental.

Of course, had Myspace survived, I’m certain it too would’ve extended its reach into our lives and identities. But at the time, we were just so damn amused by glitter text, fancy ringtones and cat blogs, we figured social media’s only purpose was for Rick Rolling <slaps forehead>.

Don’t get me wrong, there are numerous other problems with social media (and the totality of the Internet) beyond the ones I’ve nitpicked, but these additional issues are mere demonstrations of broader societal ills (e.g., humans acting like unapologetic jagoffs).

Wait! What am I saying? If I can time travel, let’s bring back the 90’s (but without the parachute pants or Billy Ray Cyrus… and a bunch of other stuff that sucked. I’m keeping Netflix though)!*

~Not paid for by Myspace… or Chuck E. Cheese.~

If you’re using a computer right now, please consider “clapping for” (or heart-ing ❤️) this post.