The Humanitarian Side of Bitcoin

Bitcoin and cryptocurrencies more generally are topics that can prove to be surprisingly divisive. By ‘divisive’ I’m referring not to the debate about the legitimacy of cryptocurrencies but to the idiotic, at times cult-like behaviour of many of the so-called ‘fanboys’ of the Bitcoin and wider cryptocurrency universe. The Last Week Tonight segment on cryptocurrencies and their potential demonstrates this behaviour perfectly in the form of the possibly fictional but also all-too-real example of ‘Dan’, your office colleague who can’t stop ranting on about how Bitcoin ‘is the future, man’ and how he can’t wait to ‘hodl’ down some Ethereum before the price ‘moons’ and they become a ‘Bitcoin billionaire’ of sorts.

In spite of these rather off-putting antics, people shouldn’t simply write off Bitcoin, Blockchain and the cryptocurrency phenomenon more generally. Yes, these fanboys are the economic and financial sector equivalent to those annoyingly off-putting die-hard Rick and Morty fans that basically ruin any enjoyment I could take away from the show, but discount cryptocurrencies at your peril. As many have rightly pointed out, Bitcoin and cryptocurrencies more generally represent a shift in how society and individuals view and value currency and the philosophy behind transactions, whilst the Blockchain technology that supports them has the potential to revolutionise trade and create a truly mutual marketplace through the removal the need for a ‘middle man’ in the form of a bank. Indeed, on social media you will find many who are hailing the rise of Blockchain and the various cryptocurrencies that litter the corners of the internet as something that could radically decentralise banking and eliminate the need for banking institutions altogether.

The Need to Shift the Cryptocurrency Discourse

This piece however shall not focus on the financial side of the cryptocurrency phenomenon. That has been and will continue to be debated on many a message board and Facebook comments section. Indeed, it is precisely those type of pieces — most especially those so-called ‘hot takes’ on Twitter — that usually only ended up alienating many people (including the so-called ‘normie’ writing this) from Bitcoin and other cryptocurrencies when they first began to really take off.

The language of ‘mooning’ and ‘hodl’ came off as childishly ridiculous, whilst any criticism of Bitcoin — for example the fact it could represent another ‘tulip mania’ phenomenon — was jumped upon and attacked without a second thought; in other words, the whole cryptocurrency sector appeared to be one huge cult rather than something to be taken seriously by those in finance and economics.

There is a whole other side to cryptocurrencies and Blockchain that both the critics and the fanboys forget: How Bitcoin’s decentralised nature lends itself to agorism through its ability to undermine the oppressive and bureaucratic state apparatus, freeing people to pursue enterprise in the face of mounting red-tape, or help their families survive in the face of violent statist incursions.

Down With Chávez, Down With Maduro: Cryptocurrency-Based Agorism in Venezuela

Venezuela, a country that seems like it has been in perpetual crisis mode since 2013, serves as the perfect example of this. The country has seen inflation skyrocket to around 18,000% with basic foodstuffs like bread and oil, as well as sanitary products and medical supplies all dwindling to the point people can queue for hours on end and yet receive nothing but empty platitudes from state officials who promise the ‘revolution’ will continue under the guise of Chavez’s anointed successor, Nicolas Maduro.

Despite Maduro and his statist colleagues blaming the US and vaguely-defined ‘imperialism’ for the socioeconomic crisis Venezuela finds itself in the midst of, the real cause of the country’s turmoil is its lack of some form of open, free-market economy; the state controls nearly all enterprises in Venezuela, and sees things like private control of business as antithetical to the ‘revolution’ and signs of capitalist imperialism. Don’t get me wrong, I’m as opposed to imperialism and pointless US forays into foreign lands as much as the next sensible person, but Venezuela’s economic collapse is arguably one of the few instances in which the US has played little part in the collapse of a foreign social or economic order.

As a result of Maduro’s selfish paranoia, the Venezuelan people have unsurprisingly resorted to drastic measures. Reports of an angry mob breaking into a zoo to eat a horse did the rounds on social media, whilst a recent Last Week Tonight episode revealed that protesters have resorted to using human faeces to create makeshift molotov — or to quote the show’s host, John Oliver, ‘Poop-otov’ — cocktails due to gasoline shortages.

Where does Bitcoin fit into this mess? In the form of undermining the country’s currency controls. In what has to be noted as an inspired example of agorism, some Venezuelans have taken to the internet and began to mine Bitcoin in order to pay for goods imported from abroad. The state’s currency controls prevent individuals doing this through state-sanctioned, so-called ‘official’ measures, but Bitcoin and its decentralised nature allow individuals to actively bypass such controls and import much-needed foodstuffs and other basic goods freely by trading the cryptocurrency for real-world Bolivars, with much of the goods coming largely from American port cities in Florida like Miami.

This hasn’t stopped the state from doing what it does best: Intervening and oppressing. Maduro and the state police have cracked down on Bitcoin mining since the end of last year, arresting miners on trumped up false charges such as trafficking contraband and undermining the so-called ‘revolution’. Indeed, in what strikes me as an act of total-if-unsurprising hypocrisy, the Venezuelan government has issued its own cryptocurrency (Petro), which it claims will circumvent international sanctions against the country. However, its also clear for all to see that this is not some inspired act of agorism and anti-imperialism. The Petro was introduced as a government-sanctioned, regulated form of Bitcoin that purposely seeks to undermine independent, de-centralised miners, operators and traders and further enforce the power and control of the state over its people.

In spite of these incursions however, cryptocurrency mining and the real-world humanitarian benefits it brings to those who can grapple with (the largely state-enforced) power outages continue, allowing them not only to be free from pointless currency controls but also free from an oppressive state that has since around 2012 sought to only violate their civil and economic liberties.

Breaking The Bureaucrats: Cryptocurrency & The Pursuit of Enterprise in Brazil

Brazil is another example that often gets overlooked by both Bitcoin fanboys and detractors alike. The country has one of the most corrupt, overbearing and economically controlling governments in not only Latin America but also the world, ranking 153rd in the world for economic freedom in the latest study by the free-market Heritage Foundation think-tank and both its former and current presidents facing charges of economic corruption and mismanagement. That may surprise you, given that in your school days, Brazil had often been touted by economics and development scholars as an ‘economy on the rise’ and part of the ‘BRIC’ group of countries that were going to economically explode over the next ten or so years! What you may find even more surprising is that according to the same Heritage study, countries like Ukraine (currently in the midst of a civil conflict), Belarus (noted for being Europe’s last dictatorship) and Haiti (you know, the country rocked by a devastating earthquake and corruption), are all economically freer than Brazil.

It seems then the free-flowing nature of Brazilian soccer or salsa dancing hasn’t translated into its economic policy. Import tariffs can be abnormally high — upwards of sixty percent depending on the product — thus harming both businesses and consumers who wish to trade and buy from abroad, whilst in comparison to most other developed countries, setting up a business and obtaining all the right permits can take upwards of eighty-three days (in the US for example, Reason notes it can take only up to eight days).

Where cryptocurrencies and Blockchain come into this is rather interesting. The decentralised nature of cryptocurrencies like BitCoin undermines the centralised, overbearing banking system currently present in Brazil, whilst Blockchain is allowing entrepreneurs and business owners to circumvent the organs of the state apparatus and bureaucracy, most especially the country’s notary service that all businesses are required to ‘liaise with’ whenever a new transaction or trade is going to lodged. Instead of having to go through the time consuming process of having to provide birth certificates, titles and contracts to be verified, a company called OriginalMy allows traders, consumers and business owners to upload encrypted copies of important documents — secure in the Blockchain architecture — that are easily retrievable and allow for the authenticity of a document to be verified by comparing it to the copy of the original stored online.

In spite of these ingenious examples above, where there is enterprise and freedom there will inevitably be an encroaching state looking to regulate it. Again, don’t get me wrong, regulation is a necessary evil and if enforced properly can both protect consumers and enhance market freedom. The problem is in places like Brazil and Venezuela, the state isn’t simply looking to regulate, it is looking to shut down cryptocurrency markets altogether.

However, as has been pointed out both in this piece and elsewhere, how successful the state will be at ‘banning Bitcoin’ and cryptocurrencies more generally is another thing entirely; as Rodrigo Souza, the founder of SurBitcoin, a Venezuelan based cryptocurrency trading platform, stated when Maduro’s regime began to crack down on Bitcoin miners, “people haven’t stopped mining, they’ve just gone deeper underground”.

Bitcoin, Blockchain and the whole host of other cryptocurrencies and related media have a real shot at not simply being the ‘next big thing’ as their acolytes incessantly seem to preach. They actually can help change peoples lives for the better through circumventing oppressive state bureaucracies and structures in inspired acts of cryptocurrency-based agorism. If those same acolytes, the Rick and Morty superfans of the economics world, could actually put down their phones, stop Tweeting about what is about to ‘moon’ or what people should ‘hodl’ on to, and actually present how cryptocurrencies can change lives for the better, then maybe more people like me — former sceptics and detractors — could actually begin to take Bitcoin more seriously and see it as a viable economic tool for change as opposed to the plaything of white boys consigned to the corners of their parents’ basement. 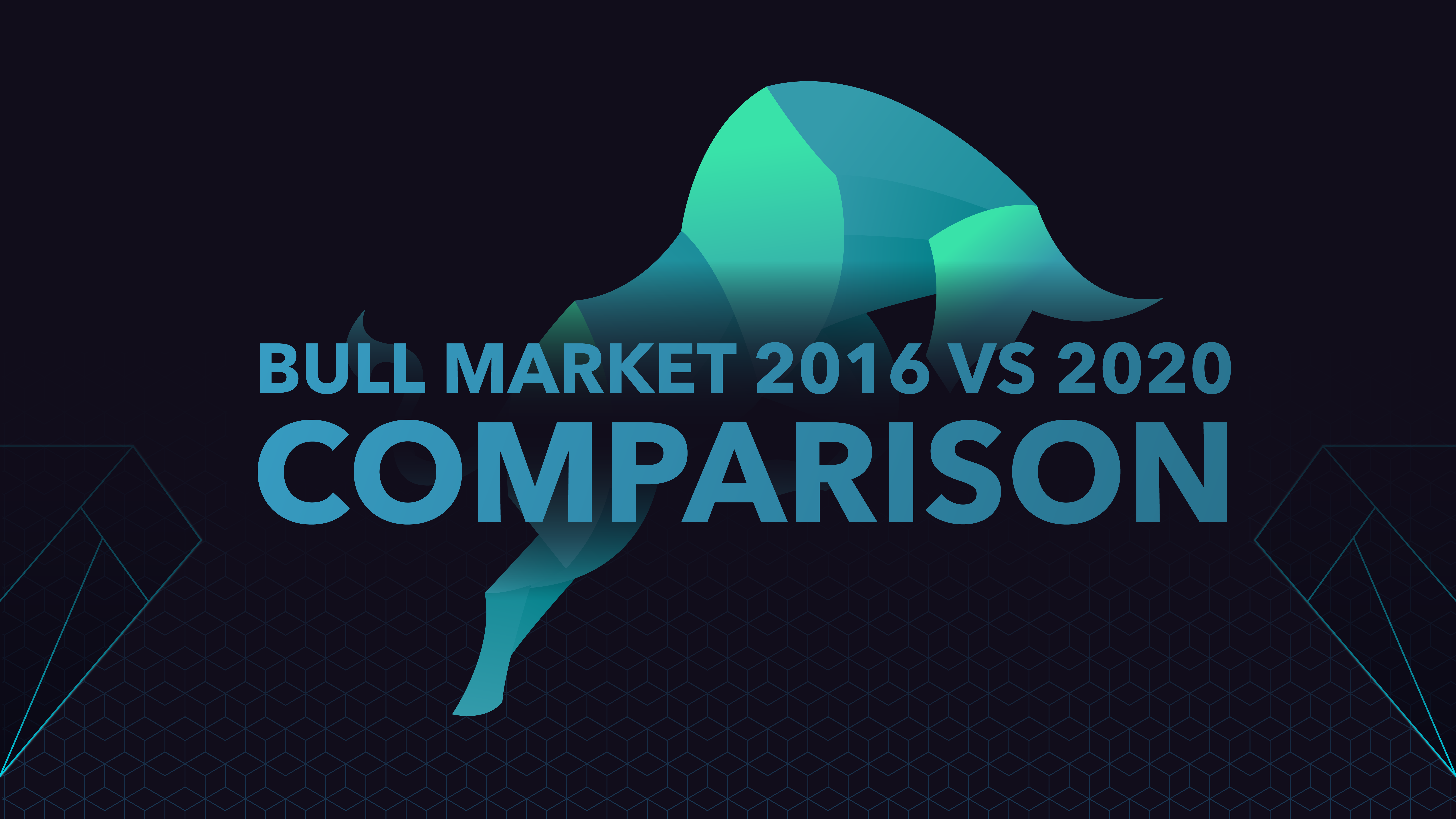 How CBDC Will Replace Cash: Experiment To Programmable Money 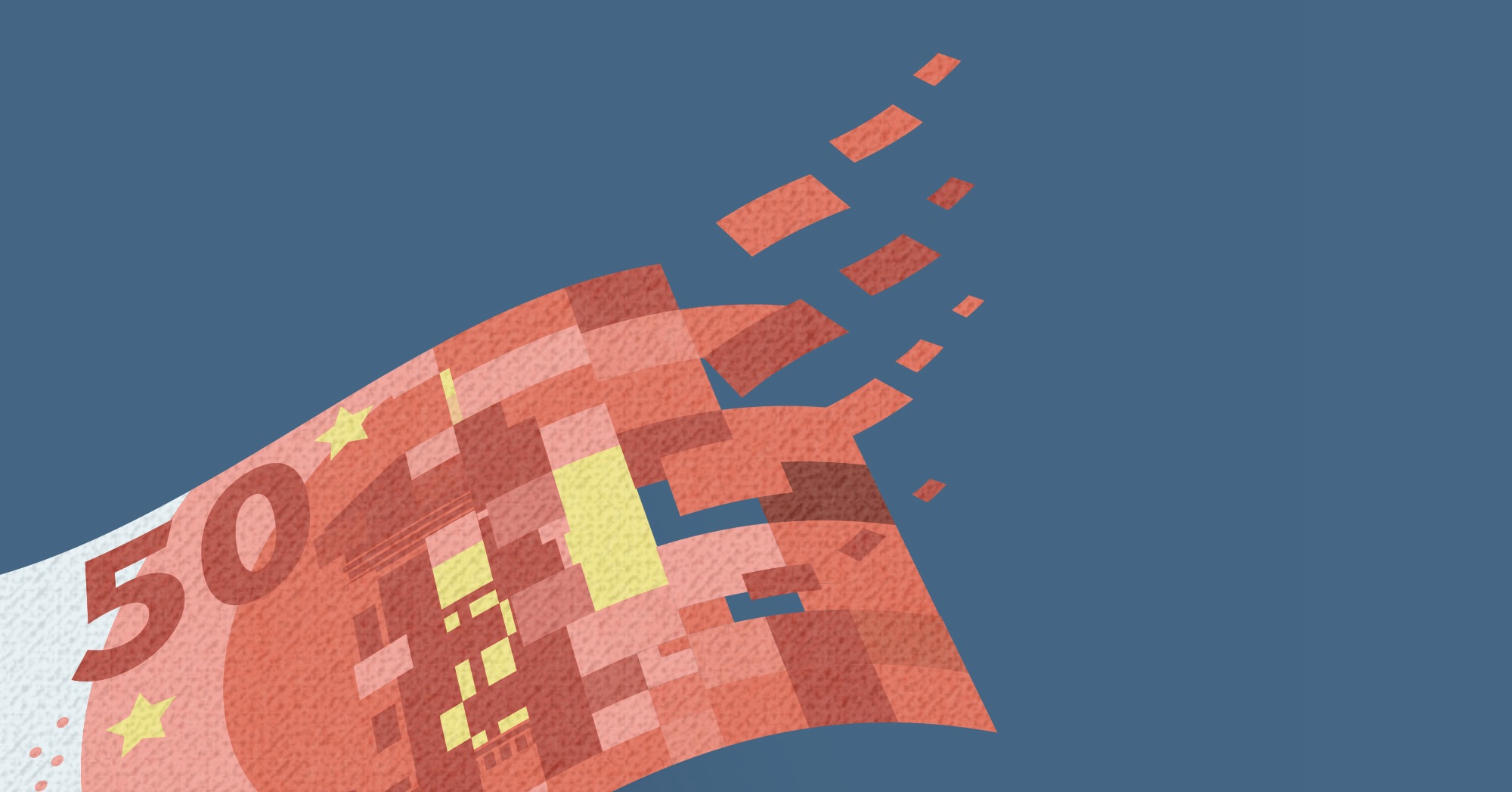