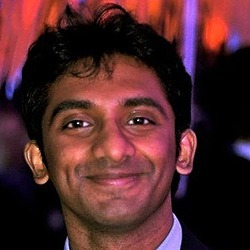 When you look at the trends of the last few decades, it’s difficult to miss the signs, overt and covert, of there being an increasing polarization in the business world. Even in the last decade, firms have been seeing extremely high profit rates primarily driven by the lack of competition. But this hides the underlying fragmentation of a previously solid market, which is likely to be the beginning of the next phase of exploration vs exploitation. To take a few examples:

The top musicians make more money today than ever before, and attract the lions share of profits of the industry, even as the industry contracts. The top writers retain their king status. The Hollywood studios make fewer movies, at larger budgets, which aren’t independent.

What this shows is not the great polarization within the industry, where winners take all, as a cautionary tale, but rather a fundamental reorganization of the industry into a slightly more multi-polar world where there are larger number of players, with more money at their disposal, who are able to create things.

The polarization is coming with the emergence of multiple systems which differentiate the sources from which we get the critically acclaimed works, and those aimed at popular consumption. While Borders has been killed ruthlessly, indie bookstores have been thriving.

The biggest banks have gotten bigger, and the largest hedge funds have gotten much much larger, showing a similar trend towards the winner take all market effects. But this hides the fact that banks today are no longer the dominant financial players in the way they were in the past.

We have a plethora of other options — venture capital funds, private equity, sovereign wealth — all of which together have created an ecosystem in which the flow of money is much more egalitarian than ever before. Once you look also at the newer systems that are emerging, around payments, transactions and settlements, then even the steady paychecks that banks used to cash are no longer so steady.

Once again we’re seeing a polarization where the number of players are increasing, the heterogeneity of the players belie the fact that in any one individual vertical we assume we’re seeing a winner-take-all effect.

The technology companies in the world are seeing massive growth, and massive scale advantages, taking over entire sectors with their might. Whether this is Uber in transportation, or the FAGA mafia in general tech, there are only a handful of firms that guide the evolution of products, industries and standards.

The innovative endeavors, even when they occur, are explicitly or implicitly showcased as an outsourced talent and research agency for these behemoths.

In the movies, if you’re not the blockbuster, you’re toast. The largest movies of the whole of history are from the last two years, and so are some of the biggest disasters of the last 30 years. This shows that part of what has happened is that everyone seems to know what everyone else is seeing, and therefore the network effect has caused there to be a much larger polarization in the movie industry.

The trend, as it exacerbates, will cause us to deconstruct the boundaries between various sectors. While the arrival of new technologies, including machine learning and artificial intelligence, will cause some rupture in the basic economics that underlay this phenomenon, it’s worth looking at this landscape to understand the true power of the market behemoths that exist today. It’s, as is so often claimed, truly unlike what’s happened before.

Positive feedback loops create power laws we see know nature, with usually simpler interactions and lower complexity, and negative feedback loops create outcomes alone a bell curve, highly complex and often a result of a substantial number of moving parts. Perhaps there’s a threshold of the number of factors and types thereof where the end behaviour changes from one to the other.

We often try to understand the dynamics behind economic events — such as the discussion around top 1% seeing their net worth rise while everyone else sees stagnation, or how the rise of new technologies creates instantaneous rise of monopolies due to network effects. The orthodox method of economic analysis to understand these trends give us widely disparate answers:

The key to understanding the dynamic is to check where the actual competition is taking place — i.e., which sector, which type of workers, which industries, and with what inputs.

To examine, supply and demand dynamics create wages, cost and profits. This when applied to workers show how different skill sets evolve. When applied to technology shows how industries evolve. And when applied to capital shows how allocation and risk seeking in marked evolve. That creates all the dynamics we’re seeing including wage growth rates fluctuating against corporate profits, rise of part time work, skill levels vs wages, sectors seeing capital, returns of investments changing etc etc.

The only input to the theory above that’s worth considering is one where globalisation increases TAM for most companies, which acts as a shock to the system, and thus suppresses several features such as wage growth in the short/medium term.

Reduction in labour’s power is already something that capital has been working for, by fighting unions. This, combined with the fact that lots of jobs aren’t specialized anymore, and that they’re geographically mobile, combined with information technology making coordination costs much lower, means that it’s easier for capital to move around and thus reduce labour’s power, which consequently also reduces its returns in the form of wages.

Now imagine it starts from the bottom, the lowest paid workers, and is moving up the chain. It’s moved through the bottom 80%, then the top ~20%, until now it’s only the top 1%, who are pretty much the capital owners anyway and not labour, who are getting the economic returns. What we’re seeing is the result of the normal processes of bargaining.

The exact same dynamics are also in effect within corporations, and amongst capital providers. The companies that have managed to hold off this fight for profits are also the ones which are localized, protected by laws, or highly differentiated, none of which can work for more than a handful of firms.

When we project this further forward, we see that wages are slowly equalizing in several industries where it had been at a standstill. But more importantly, there’s a skill gap that’s actually emerging which increases the power of labour. And as actual technical progress improves we also have the ability to move beyond the labour/capital dichotomy and start seeing more hybrid options where people get the benefits/drawbacks of both.

That, and a government that provides a basic income thus staving off poverty, should start actually moving us to a post-industrial revolution society. It can’t come soon enough!