The Future of Work: How Machines Will Replace Humans 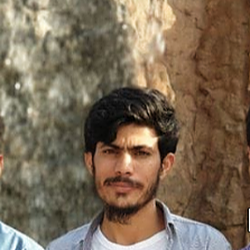 My name is Shahzaib Ali a https://californiadailyreview.com/

Fear is not new but seems more real than ever. Will robots put men out of work or become their allies? Who will be most affected? How can they best prepare for the job market of the future? No one has the definitive answers to these questions yet, but what is known is that in a matter of a few decades we will witness a profound transformation of the production of goods and services that will fully impact workers and economies around the planet.Work is being replaced by machines, robots or algorithms, which do something more efficiently and do not create anything new, they simply replace the basic unit of work".
While there is no agreement on precise figures, experts agree that it will not be long before job automation becomes the norm in all areas. According to a report by the consulting firm Accenture, 37% of all private employment in Argentina could be almost completely automated in the next 15 years. The transformation, according to the company, "will involve all companies equally, without distinction of size and workers of all ages".

That percentage rises to 50% worldwide

According to the firm McKinsey & Company. "We estimate that about half of the activities workers are currently paid for worldwide could be automated by adapting existing technology," says a report released in January 2017.
However, beyond the forcefulness of these figures, this is not a linear phenomenon. McKinsey & Company is working with a time frame of 2055, but notes that this process could be delayed or brought forward by up to 20 years, depending on a number of factors, including technical feasibility, the cost of both the software and hardware needed, and the relationship to the price of human labor.

The items most affected

will be those in which workers perform simple and repetitive tasks. "Just as the first wave of robotic automation affected large automobile production plants, digital automation is aimed at simple administrative jobs that do not require sophisticated decision-making criteria," O'Gorman said.
Telemarketers, cashiers and drivers are among those most at risk of being replaced by machines in their work due to Artificial Intelligence.
This group includes therapists, nutritionists and nurses, among others.
"We are already experiencing this transformation without realizing it," O'Gorman said, citing as an example the way in which vacation tickets and accommodations are now taken out, all without relying on travel agency employees, without intermediaries, through websites, with algorithms. However, the specialist clarified that "the replacement is not going to be person for robot but person for hybrid support, in several industries".

But even the most optimistic admit that automation will have a negative impact on employment levels. A January 2016 McKinsey Global Institute report forecasts a net loss of 5.1 million jobs globally between 2015 and 2020, while the net gain for