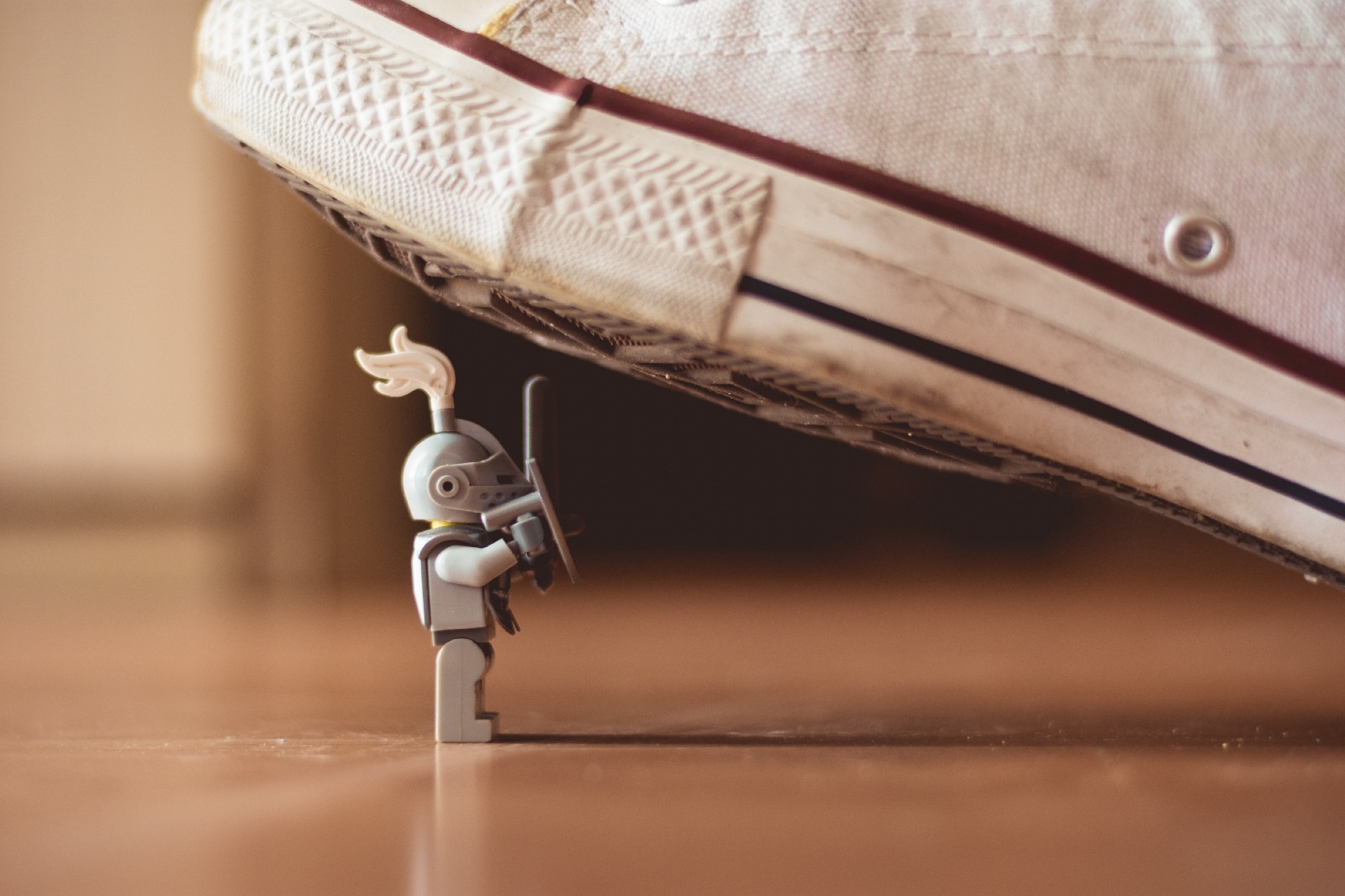 What Is The Best Way To Improve Competition In Modern Capitalism?

A comedian once quipped that “if poor people knew how rich rich people are, there would be riots in the streets”. This is yet to happen, but the populist movements across the world are a good indication of the ongoing rejection of the liberal order that has prevailed since the end of the second world war. Because of the political forces in place, blame has been put squarely on globalists, and, at times, automation. These claims however ignore a well-known villain: market concentration, mostly in the Tech world, and the death of competition.

Upon the remains of what once were competitive industries, giants now roam unimpeded. This is especially true in the U.S, where 4 airlines dominate the air, 2 retailers control the pharmacy business, half of the beer market is at the hand of one company, and a chemical giant is able to dictate when and how farmers plant their seeds; not to mention Google and Facebook, who control nearly 84% of a vast digital advertising market, or Amazon, the online retail behemoth who has grabbed the online retail market by the cojones and refuses to let go.

The culprits for this leniency vis-à-vis monopoly laws are highly respected scholars, who in the 1980s created the influential Chicago school of economics. Led by the likes of Coase and Friedman, they claimed that mergers and acquisitions were good for a self-governing market as long as prices didn’t rise for customers. That way of framing the issue has since hugely benefited digital companies, whose services are often free or at a significantly reduced price compared to brick-and-mortar competition. Furthermore, anti-trust forces have historically been wary of horizontal acquisitions, often overlooking the vertical or seemingly unrelated mergers allegedly necessary for the digital economy to strive (think Facebook acquiring WhatsApp, which seemed odd at the time).

The results of this regulatory oversight are predictable: high profits, incurred through revenue growth and a withering workforce, have fueled a gold rush of cheap acquisitions, which in turn leads to further concentration. These are not hyperboles: the world’s most valuable firms are currently generating the same revenues as the giants of a quarter century ago, with just a tenth of the workforce and a market capitalisation almost 30 times greater.

One major impact of this has been the slow disappearance of the middle class, which had expended under the New Deal, and is necessary for an economy to thrive. With fewer companies available to provide work, the remaining ones are able to exert pressures on wages, unshackled by unions and competitors. In the U.S, productivity has risen by 65% over the past 35 years, yet hourly wages for 80% of the workforce have increased by just 8%. Furthermore, from 2000 to 2013, wages for 70% of workers were either flat or fell.

In fact, even productivity has become concentrated: research has shown that the top 5% of firms in the U.K have seen strong productivity growth in recent years, whilst the productivity of the other 95% has flatlined, mostly thanks to a technological zero-sum game. This inequality is especially visible in rural areas where few large companies exist compared to metropoles, which are home to the corporations with the most productivity growth: companies able to provide network effects and leverage user data to feed powerful algorithms. This allows them to lower prices and steer clear of lawmakers.

Concentration also stifles innovation and market dynamism as startups become weary of entering “kill zones” where they would certainly be outcompeted by giants with little care for profitability or bought via a seemingly unlimited cash flow emanating from Wall Street (we often fail to note that Amazon did not turn a profit worthy of its sky-high market cap until 2017). Buying startups is easy for giants: the Herfindahl index, which is used to determine whether antitrust measures are necessary, is based on revenues rather than value. And so, the unvirtuous circle continues.

Drastic measures will have to be taken in order to break this circle and improve competition in modern capitalism. Governments first need to acknowledge past failures and decide to bring anti-trust laws into the 21st century and the digital economy through the re-assessment of price as an indicator of a monopoly. Indeed, most tech companies aren’t restricting consumer choice by controlling supply, distribution or price: consumers instead self-select onto platforms because network effects have made it foolish not do to so.

Beyond radical philosophical changes challenging the very structure of Internet-enabled markets, better M&A rules ought to be implemented across all industries: monopolies are born through acquisitions, and the tentacular nature of modern companies means that their strength are easily implemented from one business unit to another, which was not the case 25 years ago. Primarily, a merger should not be agreed upon unless employment can be found at another company within a reasonable radius. This would protect workers, hopefully leading to higher wages and a more competitive ecosystem. Furthermore, the Herfindahl index is no longer a helpful indicator, and should be replaced by an understanding of value to an ecosystem, both economically and socially. This would effectively put an end to capitalism’s “Wild West” era.

In the mean-time, what are we to do with current oligopolies? Without a doubt, retro-active measures need to be taken to punish entities which took advantage of years of lax government oversight. Fines are the current go-to solution, especially in Europe, which prioritises competition instead of customers, and whose politicians are not on a handful of companies’ payroll (shots fired, but hey, at least not in schools). They are however woefully inefficient in front of the giants’ cash flows, and have been likened to demanding a 1$ reparation for having failed to pay a 100$ parking meter. Nevertheless, trials also have the benefit of making trade secrets emerge, something that is sorely needed when confronting corporate black boxes. It may hence be argued that even the threat of punishment might be enough to force companies to re-assess their modus operandi: legend has it that Google was able to grow and thrive partly because of a freshly-bruised Microsoft.

The other solutions are less optimistic about future behaviours. Given the harm oligopolies have already done, many experts have called for the breaking up of some of the world’s largest companies. This has been echoed by a few activist investors who realise that conglomerate premia are elusive and requires long-term planning. In fact, an acquiring company’s share price should drop when an acquisition is announced. The fact that this is not happening across the board anymore is a sign of the market understanding the position companies find themselves in, while the government does not.

Pulling this thread leads to another piece of the concentration puzzle: ROI-obsessed institutional investors and venture capitalists should be heavily regulated, lest their short-termism philosophies lead to another financial crisis. The current strategy for some of them is to buy an incremental percentage of every company in a market, thus upending natural market mechanisms by discouraging any actions which would lead to lower profits throughout the entire industry. It may not be done outright, but the incentive to do so is enough to be unethical. This behavior should be heavily discouraged, by implementing a low maximum percentage of ownership for funds looking to “diversify” within an industry instead of without.

Should some of these measures be applied, we may yet see the rebirth of the competition which led to so many social and economic advances between 1955 and 1985. Nevertheless, an extra layer of protection needs to be implemented in the spirit of competitive fairness for the new companies taking on present and future oligopolies. Firstly, the latter should be made to share some of their virtually free data in order to let other companies train efficient algorithms. This would require a certain amount of data portability and oversight, which may be a beneficial PR move, given the current international discussion around the matter of privacy. Such re-allocation entails lengthy legal fights, but lawyers will be quick to use Microsoft as a precedent: the company was once required to disclose hundreds of sensitive documents and to let their software be interoperable in order to empower their competitor. A counter-argument will be that intellectual property would become irrelevant, to which any capable attorney will reply that intellectual property laws were created to boost innovation, which has been stifled of late. The equivalent of the Italian Game being set up, the trial could then begin in earnest.

Protecting the weak, regulating the strong and changing antitrust laws’ philosophy all mean acknowledging that laissez-faire is a thing of the past, and that markets do not regulate themselves. Though this may hard to acknowledge for some, this has been known for 240 years, since Adam Smith’s “Wealth of Nations”: “To widen the market and to narrow the competition, is always the interest of the dealers”.

We are currently electing officials who have neither the backbone nor the will to go after the Tech Barrons. This is however likely to change when the public opinion drastically shifts, as we’ve begun to see in 2018. Mainstream politics needs to acknowledge this change, lest we see more showdowns, meltdowns and radical outsiders.

Until then, the pen remains mightier than the sword.

No word, however, on its effectiveness against Molotov Cocktails.