If you haven’t already, go and watch The Big Short, starring Christian Bale (above), Ryan Gosling, Steve Carell and Brad Pitt amongst others. It’s a great film, clearly and concisely explaining the events that led to the financial crisis of 2008.

The film was based on a book by Michael Lewis which I started reading to try and get my head around the minutiae of the story. There are lots of obscure and complex financial concepts at the centre of the story. It’s absolutely fascinating.

One character that really caught my attention was Michael Burry, a lone genius running a multi-billion dollar hedge fund. In an email, he wrote:

“I hated discussing ideas with investors because I then became a Defender of the Idea, and that influences your thought process.”

If you’ve ever brainstormed ideas with a group of people, you’ve likely found yourself in this situation. You’ve started to argue the merits of an idea and found that it’s not so easy to relinquish it. You’ve somehow become attached to the idea.

A perfect brainstorm consists of 3 steps:

The first two steps require you to step back from the ideas and not get attached to anything. Unfortunately people are innately competitive. In step 1 they want to suggest the ‘best’ idea. In step 2, when discussing the ideas, people often play devil’s advocate but it’s hard to know when to abandon an argument.

If you spend 3 minutes defending an idea, you’ve put yourself in the mindset that this is an idea you could back. If someone can convince you that this isn’t a good idea then it means you weren’t smart enough to figure out why this idea isn’t suitable.

If you spend 3 minutes trying to poke holes in an idea, you’ve put yourself in the mindset that this is not the idea for you. This is not your idea. Human nature makes it difficult to form a complete u-turn and start supporting the idea.

This results in sub-standard ideas. People’s personalities are projected onto the ideas and the loudest person wins. The idea’s merit rarely enters the equation at all.

Instead, it’s often best to bypass individual opinions completely. Are you able to use people outside of the brainstorm to inform the decision?

Imagine that it has come down from senior management that your company must have a mobile app. Should you immediately launch a capital expenditure project with a whole bunch of features and see if anyone downloads it? Could you instead use a credit card to buy some Google Adwords and track clicks to see if anyone seems interested in the app?

This idea, popularised in a book called The Lean Startup by Eric Ries, is called a Minimum Viable Product. It allows you quickly and cheaply figure out if your idea is worth pursuing.

Try to find the smallest possible version of the thing you’re looking to build that will give you an indication of how successful it might be. It’s often said that if you’re not embarrassed by your first version then it’s not minimal enough.

For example, Bill Gross from Idealab wanted to know if people would buy a car online — he built a simple webpage and sold a car online before he invested time in the logistics to fulfil the order.

If you have a more established product and are trying to decide how to proceed, you might find A/B Testing useful.

A/B Testing is performed by implementing two (or more) ideas, grouping your audience and showing each group one of the ideas. By tracking a certain metric, e.g. conversion rate or engagement rate, you can absolutely determine which of the versions performs best.

Of course, these aren’t the only techniques for turning a subjective conversation into an objective comparison but they’re my favourites. There are lots of resources online to help you implement them based on your situation.

I challenge you to try a different approach next time you’re discussing some ideas. Try to remove your personal bias from the discussion. See if you can demonstrate disproportionate return for one of the ideas and suddenly everyone’s ego melts away. No one will stand in the way of idea once it’s demonstrably the best.

If you liked this article please click the heart button below to share — it would mean a lot to me.

How to Secure Your Financial Future as a Self Employed Entrepreneur 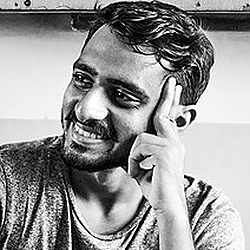