Some questions about the HomePod before its launch (1): The Music 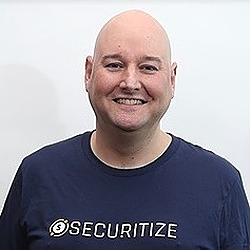 Apple will release their smart speaker by February 9th, but the specifications are not clear about some of its features

This week Apple finally announced that they would be selling their HomePod, a new smart speaker to compete with Amazon’s Echo or Google Home, from February 9. This comes with some delay from the original expectation for end of 2017, as it was originally announced on the WWDC last year.

But after all this months there are several things that are not clear about how the device will work, and that will get lots of users to wait for the first reviews to get more clarity before deciding to spend the $345 it will launch for.

Apple is fundamentally promoting for the HomePod around its music features. Sound quality is expected to be the main differentiation that Apple expects its customers to look for when comparing it to its competitors. And, of course, Apple is also linking this experience to their Apple Music service. When boasting Apple Music as the content provider for the HomePod they say this in their web page:

Over 45 million songs in your home.

Apple Music unlocks virtually every song you can imagine.[..] Don’t have Apple Music? Try it free for three months and cancel anytime.

But, what happens after those three months? Does it make sense to buy an HomePod if you will not be an Apple Music subscriber? This is a relevant question, because while Apple Music is a key piece of the Apple ecosystem, and a way to bring users to the HomePod, it is not the biggest music streaming service out there.

Apple Music is supposed to have more than 30 million subscribers, but Spotify doubles that with 70 millions by the end of 2017. HomePod not supporting the most popular music service is seriously limiting its potential reach, specially when its competitors Amazon and Google do support it in their smart speakers.

Or maybe the HomePod will support Spotify, but their are not promoting that just yet.

Spotify on the HomePod

There are a couple of hints around that in their specifications. The first one is this off-hand mention in the music section in the HomePod product webpage:

This is reinforced in the technical specifications page, which under “Wireless” mentions “Direct guest access” with the following footnote:

So my guess here is that you will be able to listen to Spotify — or other music streaming services — using your HomePod, by streaming it from your iPhone via AirPlay into the speakers.

And what about iTunes Match, the “other” music streaming service from Apple? My guess here is that it will be a second class citizen, same as Spotify, and you will be able to play it from your phone.

But all the Siri integration or direct play from the HomePod will be restricted to Apple Music. In fact, under “System Requirements” in that same technical specifications page you can read

Maybe in the future

I think this is not the right approach for Apple, because:

But I also think that this will change in the future, as eventually Apple will open the HomePod to third party applications, so that developers will be able to bring their services there. Spotify will have to build their one HomePod app — same as they have built their own iPhone app — and probably the integration for Apple Music will still be better, but at least it will no longer be a “System Requirement”.

But this still higlights the problem is that Apple is launching now a closed product, when there are already open options in the market, with developers already creting applications (or in the case of the Amazon Echo, ‘Skills’) that keep improving the product every day even after you bought it.

Should Apple Buy DuckDuckGo? Or Create Its Own Search Engine?