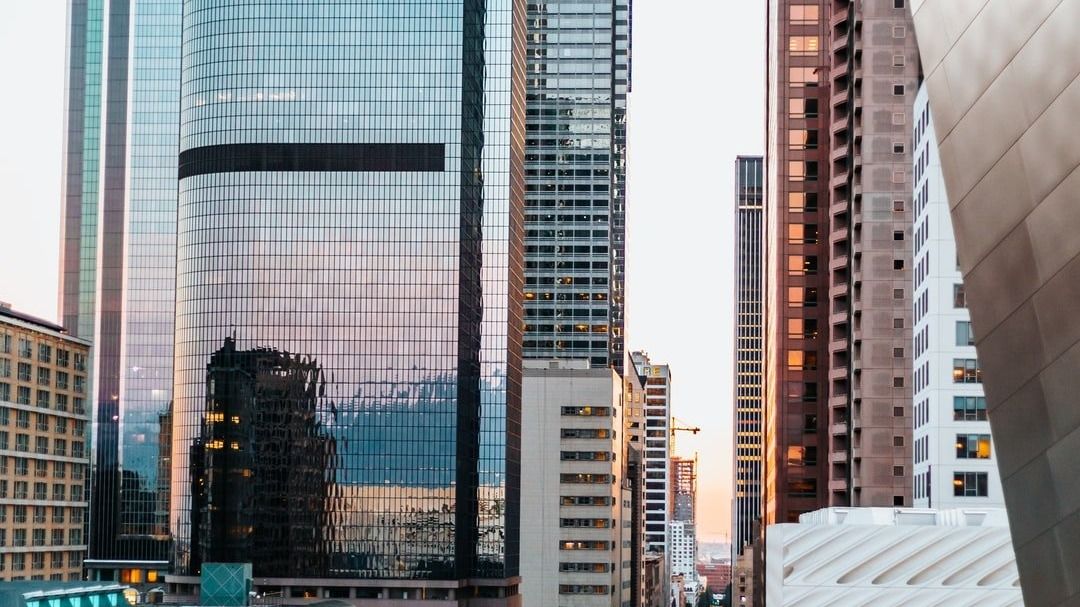 Photo-voltaic modules (otherwise known as Solar Panels) have been around for a while, allowing us to use sunlight as a source of energy. The issue with solar panels is that they need sufficient space on rooftops or on the ground to produce enough energy for them to be worth it, space that is limited in big cities. In recent years, companies have been working on a solution to this problem: Solar Glass (often referred to as “Solar Windows”), which can turn windows into power-generating panels.

What is Solar Glass?

Solar glass is used to replace conventional building materials in parts such as the roof, skylights, facades and windows, whilst also generating electricity on-site.

The key difference between this recent technology and traditional solar PV (Photo-voltaic) is that the panels are built into the building rather than being added on. This allows for more of a relationship between aesthetics and functionality.

The most common type of Solar Glass is Thin-film modules (e.g. amorphous silicon, cadmium telluride) which been around for a few years. They can be designed into the fabric of a building and can perform in conditions/locations where crystalline silicon panels (conventional solar panels) cannot.

This solar glass has a varying efficiency that depends on its opacity which it’s self varies between 50% transparent and fully opaque. The greater opacity they have, the more efficient they’ll be, but on the other hand, being less transparent will allow less light to penetrate through.

Why use Solar Glass?

In the current state that the world is in, we need to start properly transitioning away from fossil fuels and towards renewable energy if we want to reduce our carbon emissions. There are several options when it comes to renewable energy: Wind, Hydro, Tidal, Geothermal, Biomass and of course Solar energy.

Sunlight is one of our planet’s most abundant and freely available energy resources. The amount of solar energy that reaches the earth’s surface in one hour is more than the planet’s total energy requirements for a whole year so trying to harness that energy seems obvious.

Up until now, crystalline silicon Solar Panels have represented the majority of solar panels on the market. These panels, however, aren’t transparent meaning they must be placed on roofs or the ground. This makes them perfect for houses on the outskirts of town, but for big cities on the other hand, where most buildings are several stories high, close together and made primarily out of glass, there’s simply not enough space, which is why solar glass, with the ability to turn these glass windows into energy-generating panels, seems like the perfect solution.

Other Benefits to Solar Glass

Other than producing electricity, solar glass offers several other benefits when integrated into buildings:

Where can it be used?

Solar Glass technology can be used in many different applications thanks to its partial transparency making it much more versatile, for example:

Solar Windows are probably the most obvious way of using this technology, allowing skyscrapers for example to have power-generating facades.

Solar Glass can also be used for Bus Stops.

It’s also perfect for privacy protection panels because it doesn’t let in too much light seeing as it can only go up to 50% transparency.

There are many companies around the world working on making Solar Glass mainstream, here are some of the pioneers.

First off there is Ubiquitous Energy, a Silicon Valley technology company leading the development of next-generation solar technologies. Born from research at MIT and Michigan State University, founded on the principle of seamlessly integrating solar technology into everyday products and surfaces. They have since developed a transparent solar coating that integrates into standard windows, with endless possibilities for future applications.

The European manufacturer Physee was actually the first to install transparent solar panels. The company developed a technology they call the “Power Bar” which is small solar panels that are installed along the window pane edges to generate power.

Physee is also working on power generating glass coating. It directs sunlight onto integrated solar cells in PowerWindows. Without impacting the transparency of its glass, windows will produce the same energy as 1/5 of a solar panel placed on a building’s roof.

The bottom line is that, although this technology is not yet widely available and still in it’s early stages, Solar Glass seems like a very promising new way to generate electricity from the sun. With companies continuing to innovate and improve their products, we may well be seeing our first Solar Glass buildings within the next decade, let’s wait and see!

Thanks for reading! This story was originally published on The Detechtor, my blog that discusses technological innovations, check it out!

Related Stories
Subject Matter
Book a Demo. Ship Fast. Rest Easy. LaunchDarkly. by @LaunchDarkly
#promoted
Musk's Open-Source Hyperloop: Players in the Race to Create the First by @scotthickman
#future
Top Free And Paid VPN Services In 2021 by @dmitry.leijko
#vpn
Publishing A Three.js Project On GitHub Pages by @knightcube
#three.js
The Era of Attention Economy and Its Destructive Impact: Reasoning by Examples by @maddykutechno
#mindfulness
How To Choose The Right Color For Your Brand by @huashu
#fonts
Creativity in Digital Marketing and Technology: How to Stand Out by @davidodinegun
#digital-marketing