Ruby on Rails Hidden Secrets: How To Get The Most Out Of Active Record Associations 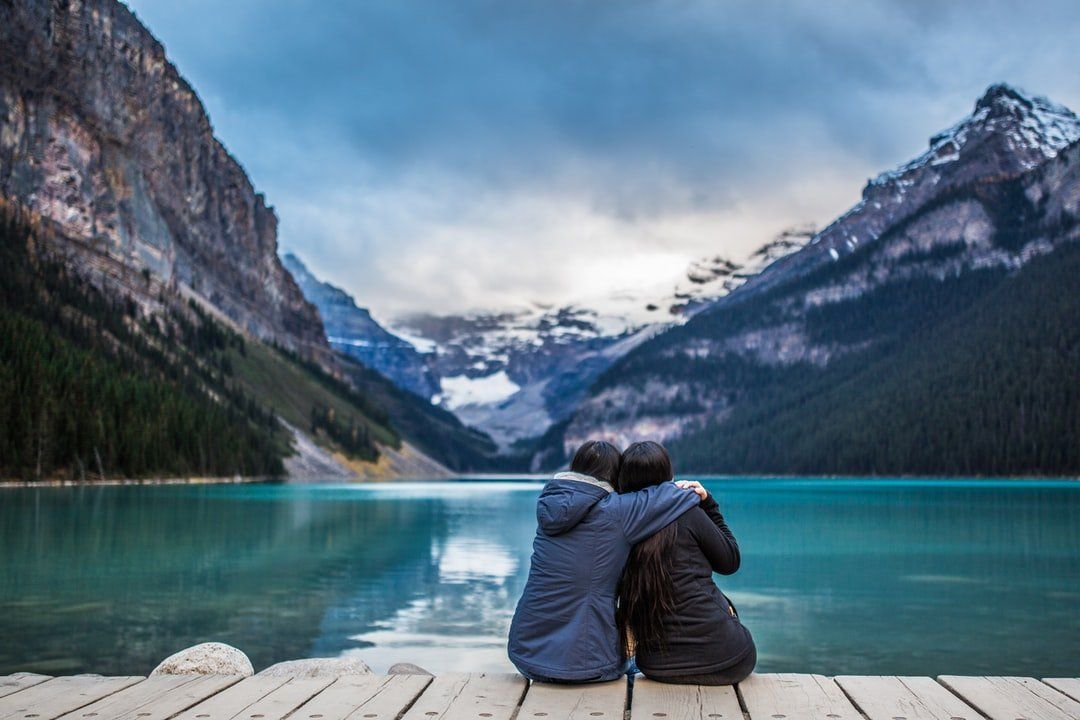 Hello folks! In this article, we are going to unravel the mystery behind the Rails Active Record class. To be honest, I struggled a lot with Rails models as a beginner. I spent a lot of time reading the docs, read a couple of medium articles, watched some youtube videos but all in vain. I have chosen to draft a nice article that constitutes of baby steps that is suitable for aspiring Rails Engineers.

I chose a Facebook database model since it is a little bit advanced as well as it encompasses the majority of the rails association concepts.

Object Relation Mapping(ORM): this is a technique used to connect objects of an application to tables in a Relationship Database management system. With this, we can store and retrieve data without writing a single SQL statement.

Enough with the chit chat, let's get our hand dirty.

2 -> Fire rails server to confirm that everything works :)

#3 -> Scaffold the User, Post, and Comments model for a start. if you are confused, here is an ERD {Entity Relationship Diagram} diagram that will help you visualize the overall structure of the models.

Here we design the user model by explicitly naming the user attributes and passing them to thecommand. The User in this case is the model class. The command, in turn, generates several files by invoking the active_record method. The files consist mainly of , migration file ( a blueprint that helps developers to define changes to their database schema, making it possible to use a version control system to keep things synchronized with the actual code ) and a file.

Having cleared the air, it is time we replicate the same procedure for the other two models:- the

and . Run the following commands in successions.

After running the above commands, there should be three files with their names prefixed with a timestamp,

in the directory where the timestamp is the UTC formatted date and time that the migration was generated. The naming convention adopted by rails here proves to be useful when determining the order of operation later when we ran our migrations. 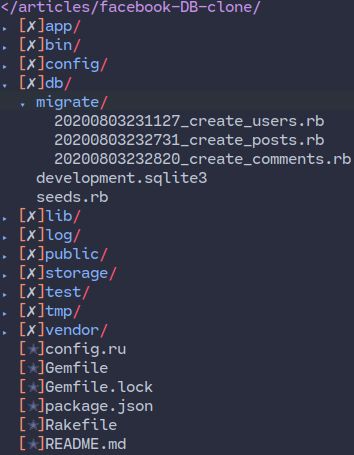 Here, I have included a snapshot of the three migration files.

Each and every class inherits from the class. The 3 classes each holds a recipe of how Rails is creates the tables and rows of our User, Posts, and Comments in the database. Rails is actually good at abstracting the tedious work of writing SQL statements, Pretty sweet right. For example, to the left of the snapshot, Rails is creates a table named and rowsand so forth. In some cases, migration files might contain other advanced methods i.e and methods, they describe the transformation required to implement or remove the migrations. click here for more info.

out of the box, as it primary database coupled with zero configuration. Thanks to this, one can focus on grasping the problem at hand. For production purposes, you might need to consider other options i.e since SQLite is barely supported on cloud services i.e Heroku. Our next move is to execute the instruction held by the classes. To achieve this, we ran the following commands.

rails db:create creates a database based on the sqlite config file whereas rails db:migrate creates the tables and rows used to store the user data.

Relationships are implemented using macros-style calls. this allows you to declaratively add features to your models with ease.

From the look of things, this is a relationship. To implement this type of relationship, Rails provides us with && methods. These methods instructs rails to maintain a Primary key - Foreign Key relationship between the instances of the two models.

#1 In your model's folder, open

and file. Add the following methods.

#2 Generate a new migration that adds a primary key - foreign key reference to both the User and Post model.

This migration is pretty straightforward. It adds a column to the table and also sets the column as the pointing to the user instance{author}. Run to persist the changes.

allows you to interact with your rails application from the command line. Open a new terminal session at the root of your app and run.

Create two new posts, authored by the above user.

Congratulations!!! That is it for a one-to-many relationship. Be sure to visit Rails docs for a better understanding.

Friendships This section is a little tricky and rough. It is upon you to stick with me on this one. Let's think for a second, how do we model this? which tables are involved? For sure, there are multiple ways to achieve this, but the main goal here is to understand the concept behind friendships.

The difficulty here lies in creating two join tables(the general norm in many-to-many relationships) that reference both the users and the friend(user). This is because the table is going to be referencing itself. Wait, what! self referencing, yeah you read it right.

We all know the output of the above rails command. Yeah, what about the

keyword? The keyword is a fancy way of hooking up different models by adding foreign key columns to the newly created table that act as pointer.

The odd part of the command is that it is trying to reference a non-existing friends table. To fix this, open your migration files under db/migration directory and change it to resemble this.

method above allows us to reference the user table as a friends table. Go ahead and perform the data migrations.

#2 Update the Relationships on the Friendship model

Edit the Friendship class to be similar to this.

points the table to the table since a friend is also a user.

#3 Update the Relationship in the User Model

Open your User model and add the following methods;

Method 1: Get all friends of a specific user.

Method 5: Check whether a user is already a friend.

Well, that was quite a lot to take in. The above code is pretty straightforward for a Rubyist. This is a bare minimum backend configuration that you can use as a template of your next social site. Stay tuned for the next couple of Episodes on

and part of the associations.

Related Stories
Subject Matter
Book a Demo. Ship Fast. Rest Easy. LaunchDarkly. by @LaunchDarkly
#promoted
Wix Velo Introduction: Basic Tips for Beginners by @divyanshi
#velo
Publishing A Three.js Project On GitHub Pages by @knightcube
#three.js
The First-Person Sequel and Roda Insights from the Lead Dev: an Exclusive Interview with Jeremy Evan by @elizabethlvova
#tech
How To Create CLI Apps by @hsnice
#javascript
How To Integrate Your Laptop With AWS And Deploy DynamoDB Locally by @sachin962
#dynamodb