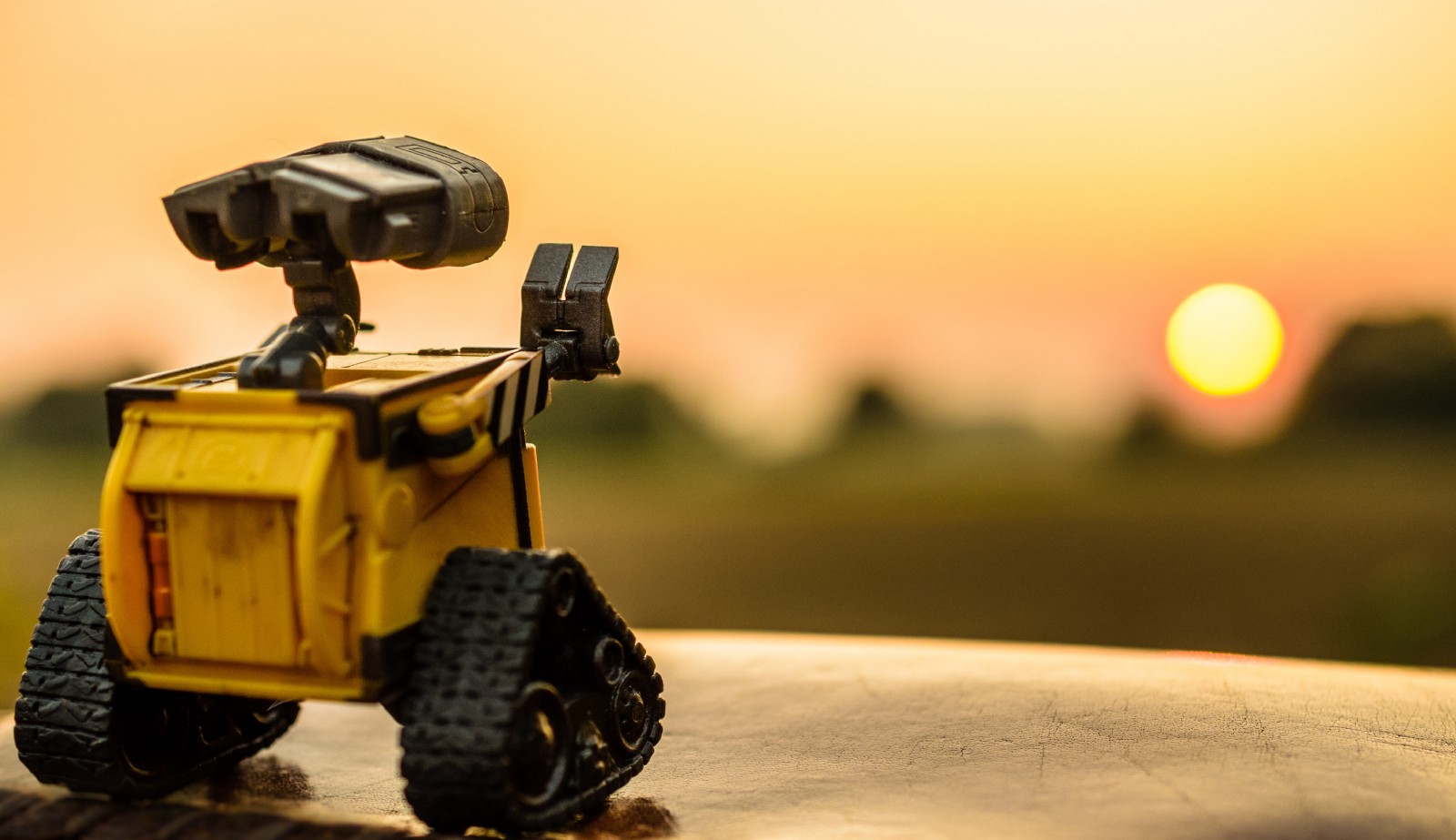 We all love robots. This is why every year millions of people flock to see the latest reiteration of Transformers. This is why KFC has decided to use RoboCop to safeguard their secret recipe in their latest commercial (this was honestly just weird). We loved Iron Man so much that we made Robert Downey Jr. the highest paid actor among the Avengers. We have always been curious about what the world would look like if robots were commonplace, and it looks like we won’t need to go to the big screen to find out any more. By 2023, the global size of the industrial robots market is expected to rise to $73.5 billion. Industrial robots are about to become extremely popular. (https://www.statista.com/statistics/728530/industrial-robot-market-size-worldwide/)

Why are Robotics Startups primed to succeed now?

Just because robots are “cool” doesn’t really explain why robotics as an industry is surging. The real reason is that robots have become a viable solution to many problems businesses have been facing for years. Rising labor costs and lower labor availability are forcing business strategists to now consider robotic automation. The robots of today will be able to work around the clock, all year long instead of eight hours a day on weekdays. Robots also provide the added benefits of improved speed, accuracy, precision, and strength — not to mention all the weight taken off of the HR department. Gone are the days of injuries and liabilities as these robots were truly created to perform tasks that would otherwise be too boring and dangerous by most people.

This commercial interest in robotics isn’t anything new. An efficient business is always seeking ways to lower their costs while increasing profitability. However, until recently, designing and building robots have been too difficult and expensive to be worth the investment. But times have certainly changed.

In the past, “dumb” robots were quickly adopted into the automotive industries that relied on assembly lines or other simple repetitive processes. But — as their names suggest — these robots had very limited functions that were often too rigid and unadaptable. Since these traditional robots such a high price tag, the technology was accessible only to the industry giants. Where traditional automation robotics started off at $90k, the much smarter robots of today are priced at around $35k. These new robots are more capable, more adaptable, can be updated more easily, and can be deployed much faster than the traditional solutions. They are built with the future in mind.

Because of the technological advancements that have impacted engineering research and development (R&D), business owners can now invest in robotics automation with a peace of mind. It used to take years of R&D for a firm to release a working product to their client; development used to include too many phases and too many iterations. Now, our Computer Aided Design (CAD) programs allow us to design everything a lot smarter and check for mistakes before anything goes into production. Software such as Gazebo is digitizing simulations, allowing roboticists to see how their robot will fare before they decide to build it. Meanwhile, software such as ROS has simplified the communication for programmers between the sensors and the robot components. And finally, innovations in 3D printing has significantly brought down the lead time from as much as 16 months to as little as a few days and at a fraction of the cost.

Due to these new technologies, the R&D process for robotic automation has been revolutionized — making robotic solutions the most affordable choice. This newfound accessibility of robotics and the significant strides in its peripheral technologies are now paving the way for Industry 4.0 — a frenzy over who can completely automate their facility first. This is currently evolving into something not unlike an arms race. The companies with the best automation technologies can now produce a lot more for a lot less, and those without plans to automate might die. This is the time that robotics startups have been waiting for. Now is their prime.

Robots are complex to design and create. While it has gotten easier, it still requires a level of expertise and interdisciplinary skills that most people don’t have. The questions that a lot of robotics entrepreneurs are asking themselves are: Is the profit from our silver machine is worth the work that comes from making it come alive? Is it worth the time to design and redesign, to prototype, and then to test? Is it worth investing so much money and engineering talent on hardware that is 1000x more difficult to edit than code? Is it worth starting over if you don’t get it right the first time? More often than not, the answer will be a solid No. Even when there is a hesitant Yes — the debugging that comes with a hardware-software Frankenstein is enough to change people’s minds.

The process of giving life to a robot is a slow and grueling process. It’s an entire R&D operation that even established companies struggle with. So the odds of first-time entrepreneurs equipped with little engineering and business experience is quite small. It can be difficult to maintain morale as days blur by and you can only see a small amount of progress with your robot while your friend at a software startup collected 100 new beta users. Then you will meet an experienced serial entrepreneur that will come and say, “You’re investing too much money and not learning fast enough”. And all of this is not to mention how much faster an established company can come up with a working product once your market becomes big enough to draw their attention.

In enterprise robotics, it’s also easy to forget that the clients are the decision makers but that the users are the workers. The robots should be there to make their work easier. However, many companies wish to only satisfy the executives, since they are the people that are writing the check at the end of the day. While they might agree to hop on the automation bandwagon, workers might not be too appreciative with a piece of machine that only makes work harder and a possible reduction of pay. Beware: they just may be the defining voice on whether or not to accept robotics as the solution.

Finally, the biggest reason why robotics startups don’t succeed is simple but very often ignored: Robots will never substitute quality human-labor. The blood of a company is their people, and a lot of what they do can’t be broken down into a step list of robotic functions. What they do is a craft, and some of their work can even be considered an art. Good businesses know this. Great businesses stand by it.

Why are we building a Robotics Startup?

These are the obstacles that stand in the way of any robotics startup succeeding, including ours. Our success is not certain, but what is certain is that the future is automated. We can like it or dislike it, but something that we can’t do anymore is ignore it. This doesn’t necessarily mean that all tasks and functions will be automated because a lot of work shouldn’t be automated. Remember, a lot of what people do in their jobs is an art.

But not every task involved in a person’s job is an art. Actually, if you were hired to move boxes from point A to point B for 9 hours a day, 5 days a week, you might feel that your work is more repetitive than artistic. You might even describe it as robotic. All of these “robotic” tasks that can be done by a machine — all work that is boring, tedious, dangerous, and repetitive — should be done by a machine. Humans were meant to focus on the less punishing and more creative tasks that only humans can do. That leap is a difficult one, but it will be one that is worth it.

Robots have the potential to revolutionize production, catalyze discovery, feed the world, and many more amazing things that can transform this brave new world of ours into a more abundant one. By automating 3D print farms we can make additive manufacturing more accessible to businesses and schools. By automating high-throughput research, we are able to find life-changing discoveries much faster. By automating vertical farms, we can reduce the labor costs that are bankrupting many of them, and allow them to focus on feeding the world. This is why we are building a robotics startup — because we can see that robotic automation will help us build a brighter future. We hope this motivates you to create your robots too.

Related Stories
Subject Matter
Partner with us for Digital Product Development by @AWH
#promoted
The Self-Employed Worker's Guide To Pay Stubs by @hamzah-adil
#entrepreneurship
Why The Real Estate Industry Should be More Like Tesla & Less Like Volkswagen by @paolodotta
#real-estate-technology
Delete the Disconnect Between Designers and Developers with Merge by @uxpin
#no-code-platform
8 Key Traits Of The Perfect Co-Founder by @paolodotta
#picking-a-good-co-founder
How to Use the Font Nathalia Script! by @huashu
#branding