Python vs PHP: Who Will Win the Ultimate Battle? 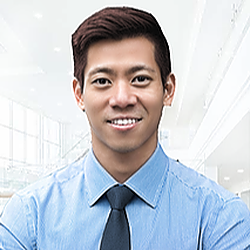 When it’s about Python vs PHP, I certainly feel that Python is used for general purposes as similar to Java. With great choice of libraries Python can be used for developing scientific and AI/ML applications. PHP is open-source, offer exceptionally straight-forward, and case sensitive. For all this, PHP became the favorite most programming languages among web developers.
This post is discussing about Python vs PHP. Both the languages are quite different from one another in terms of syntax, code readability, speed, performance, reliability, and much more.
Python came to the market much earlier than PHP. However, PHP became a more popular language as compared to Python.

There has been a full-blown cold war that has been running between Python and PHP programmers and the war has not been slowing down anytime soon. It will be interesting to see who wins the ultimate race between Python vs PHP.

1. Syntax/Code Readability
The basic difference between PHP and Python lies in the structuring of their syntax. PHP’s syntax is very much similar to C. While writing the code in a programming language, PHP programmers need to ensure the proper usage of curly brackets, additional characters, and operators.
The one big advantage of working in PHP is that you can neglect the white spaces during compilation which brings additional usability and it will help in structuring the code into logical components.
PHP’s Syntax

Python’s Syntax
The syntax in Python is based on the separation of codes with spaces and tabs that significantly speeds up the process of coding. Python is known for its simplicity of the commands and hence the language is easier to learn.

2. Development Logic
Another major difference that we should consider while comparing Python vs PHP is the development logic or programming orientation.

Python is an aspect-oriented programming language that separates the program’s functionality and split the program into separate modules.

On the other hand, PHP is an object-oriented programming language that encapsulates code modules to contain certain functions and data in objects.

If you choose to work with Python, then your Python developer will create a separate functional module and then registers the connections between them on the “if-then” basis. It results in an algorithm that executes this or that program block based on the user’s actions.
From the above pointers, you can certainly use Python for custom software development and services. Hire Python developers according to your project goals. It is important because different situations require expert review, testing, and help to accomplish the end goal.
Here are the options to hire Python developers:
Resourcifi IT outsourcing company
Paragyte IT services
On the other hand, If you choose to work with PHP, then you have to create an integral code object that has certain properties and executes certain actions depending on the user input.
Hire PHP developers at low cost:
Syncrasy Tech a PIM Solution Provider
3. Debugging
Debugging is a process of finding errors or bugs in an application and hence resolving them. This is one of the major issues faced by programmers on an everyday basis.  It takes a lot of time to identify the error and resolving the same would cost more to an organization or startup

Python has an easily available and efficient debugging tool which makes finding an error much easier, simpler and quicker hence saving a lot of time for both the developers and organization as well. Python debugger (PDB) is well-documented and easy to use.
PHP offers a debugger package called XDebug, which is an excellent tool for debugging. The Python wins the debugging battle as it requires fewer debugging tools than PHP.
4. Market Popularity
Market popularity has been one of the strongest signals in judging the competency of the programming language in real-time.
Below is a graph according to a survey completed by w3techs.com on 29th May 2019, on the basis of traffic and popularity, which clearly conclude who wins the popularity race between Python Vs Java.

In this image, you can easily conclude that PHP has been more popular when we consider the popularity based on web development. There has been a high rise in the number of websites that are developed with PHP and Python.
5. Community Support
Python and PHP both enjoy great community support. PHP has been there for a while now but Python is no lagging behind with popular apps like Youtube, Reddit, etc now being developed in Python. It has gained the thunder back in the programming field.
PHP has been a synonym with popularity with the world’s largest social media website Facebook, running on PHP for a long time now. There is no turning back for PHP as well in the community support and popularity parameter.
6. Speed
Speed has been the most critical factor in performance-critical applications. PHP 5.x version was slow, taking a hell lot of time to execute. PHP version 7.x  is extremely faster, almost 3 times faster than a typical python program. The speed of the program will vary from applications to applications.
For instance: If there is a banking application, which receives a hit of 3 million users per day, thus the speed of the application is an important factor to subdue the downtime faced by the application.
On the other hand, for simpler applications, the lag behind of 10-30 milliseconds is not as critical as banking applications.
Hence in the speed category, PHP wins over Python.
7. Pricing
Some tools and web frameworks are not free.  It significantly impacts the choice of an organization that is low on budget. If we see on a larger scale or picture, then companies prefer to use free tools and resources instead of paid versions. However, the fintech segment prefers to use paid version as they deal with the most critical customer’s information.
If we talk about PHP and Python, then both enjoy the freemium version of tools and resources that could be used by an organization without paying a penny.
8. Versatility
Nowadays, web applications are not restricted to simpler web portals or websites but AI and Machine Learning are also becoming a part of websites to provide advanced services to customers.
Such algorithms will not only help you with identifying customers more accurately but will also help in analyzing which specific business domain you should funnel your investment in.

Python has more libraries as compared to PHP. Libraries being strong and powerful require assistance in domains including NLP, image processing and many others.
9. Well-Thought Out Design
A well-thought design simply refers to the way you put your code either in Python or PHP. The design of Python is well-thought-of as compared to PHP. Any programmer would find programming for backend in Python much easier as it offers flexibility which has been lacking behind in PHP. Python gets a lot of things right as a robust programming language. It is much easier to grasp than PHP.

With Python and PHP in particular, there have been certain pros and cons that are associated with the programming language. However, I can clearly mention that Python has been winning over PHP in many aspects be it debugging, documentation or ease of use.
In the end, PHP is PHP and Python is Python, both have their desired set of capabilities and features which make them different from one another. It entirely depends on your project requirement, size, and budget on which you can decide on and select the best web framework for your backend development needs.
For your Python project requirements, you can hire Python developers from top software development companies of the domain who can help you out in carrying out the backend web development tasks in one go.
I hope this blog can help you in the basic understanding between the two highly competent frameworks and programming languages i.e Python and PHP.