How Developers, Creators and Consumers Could Benefit from An Open Web

I have lived in Silicon Valley for over a decade, and was always curious about its history. The way I see it: Silicon Valley is similar to Florence during the Renaissance era, and that’s where the bulk of new ideas come from. Due to rapid innovation that Silicon Valley created since 1960s, everyone in the world now has “library of Alexandria” available instantly. We have billions of super-computers sitting in our pockets, and everyone no doubt benefits from it.

As internet became commercialized, corporations quickly realized that data allowed them to monetize their user engagement, dictate product improvements and told them which products to build next. Eventually, data assisted corporations getting users to do what they want them to do. To put it bluntly: user data informs how to hit dopamines in the most effective way.

Incentives are important. The corporations are incentivized by shareholders who want the stock prices to go up. As a result of these incentives, corporations will only build apps that align with their business models, will change the rules on how they deal with ecosystem participants (e.g. third party developers or complementary products), and ensure that the social and financial capital gets allocated in a way that best suits their shareholders.

This incentive system is about to change. It’s about to become a whole lot more inclusive.

In this short article, I explain how we are about to witness a major change in how society operates.

Blockchain will change how society approaches:

The primary groups of people who will benefit from transition will be:

Today, corporations who control our data decide which next app gets to be built. Importantly, only the app that aligns with their business model will be built.

Imagine a corporation who gets paid based on how much user attention is available to it. Such corporation will only built apps that make user engaged, because that’s how the corporation makes money.

Now imagine an app that provides a lot of utility to the user, but that is used only once a month. Will the corporation build such an app?

It won’t. A corporation’s business model suggests that only apps that result in lots of clicks should be built. The apps that might provide utility to the user but do not result in clicks will not exist.

In contrast, software innovation tomorrow will allow users to directly vote with their digital wallets on which apps will exist in the world. As the user will own their data, they will have a say in what gets to be built next.

Users will pay developers based on how much utility they get from using new apps.

Exchange of Value: Today and Tomorrow

Who gets to decide how each one marketplace exchanges the value? For instance, how did it get decided that Spotify musicians get paid ~$6,000 per each million listens?

Over time, as marketplaces become more powerful, they dictate the rules and impose on the participants of the marketplace. As a famous example, Facebook and Twitter initially encouraged third-party innovation on their platforms, but later restricted access to their APIs, thus limiting the third-party developers who wanted to participate in value exchange.

The reason behind it lies, again, in incentive system. As Facebook and Twitter grew early days, their stakeholders wanted more engagement, which meant incentivizing more complementary products and third-party developers building on their platforms. Several years later, as the total market size of Facebook and Twitter was known, the platforms changed the rules on their partners, and decided to focus on maximizing their own value instead.

Going forward, blockchain will alleviate such power dynamics by creating a new kind of “marketplace operator”, the one that doesn’t have the power over the marketplace.

Since the platforms of the future will have partially open state (more on open state here), it will ensure that such platforms won’t change the rules on the creators and developers.

We will have the emergence of digital property rights, and this will allow developers, investors and entrepreneurs to trust the new ecosystem a whole lot more. It will lead to increased investment and experimentation in this new frontier, open web.

Organization of Financial and Social Capital: Today and Tomorrow

When I was younger, I thought that corporations organize capital and labor into “the most efficient way to do business”.

If you think that’s the case, I have a little contradiction for you. WhatsApp had 55 employees and supported 240 millions of customers when it got acquired by Facebook. If Facebook itself operations on one order of magnitude more users, why does it need 35,587 employees? What do all of these people actually do at Facebook?

The total amount of social and financial capital available to large tech corporations means that this talent and capital isn’t available for other types of innovation. This ensures the continuation of corporate success and growth of the stock price. That’s great for Facebook and its shareholders, but what about the other unheard voices?

Shall we include consumers, developers, creators and entrepreneurs into the discussion on what’s important to innovate and create?

Essential question here: what if we align economics with user and company behavior?

The way the capital and humans flow towards projects will change in the future, and we are starting to see early indications of it with the rise of new DAOs, such as Aragon, DAOStack and Colony.

The marketplace itself will be less oriented around a few powerful corporations, and instead will have small groups of people organizing their time and money according to their skillset and wishes of the marketplace. Market will vote with their digital wallets for what they want to be produced. The people will pool capital together to fund things they collectively find useful.

The future of work will be more project based, akin to how Hollywood is doing its projects today. People will pool together their skillsets and play iterative games with each other. Now that we’ve covered some of the fundamental changes in how things will operate very soon, let’s answer even more important question:

Who will benefit from such societal transition to community driven organization of resources?

Internet allowed creators to meet their customers, but there is usually a third party involved in operating a marketplace who defines the rules of engagement.

We’ve used to treat this as normal, as the third party running the marketplace tend to justify their value to the ecosystem. It’s not always a valid justification.

For example, marketplace for music content is operated by music labels and music distributors. As history has shown, the labels colluded and ran a cartel that fixed the prices for the industry.

Blockchain enables the opportunity to remove the third party in charge of the marketplace.

Instead, the creators and consumers are free to meet directly and exchange value on their own terms.

As a consequence of this, more creators will be for the first time get paid enough to be able to focus on their craft full-time.

Just as importantly for creators, entirely new marketplaces will emerge. For example, peer to peer video services are now possible. That’s one of 1,000s markets to emerge in the near future.

Developers of the future will not be tolerating someone else dictating them what can or cannot be innovated.

Since the data will belong to users, nobody will be able to dictate which apps can or cannot exist based on some arbitrary corporate business model. Instead, developers will be able to build apps that the consumers themselves demand.

Additionally, developers will take advantage of open source components, thus removing the need for rebuilding the same web services from scratch all over again.

Unlike open source, where each copy is its own instantiation and the developer constantly rebuilds things over and over again, blockchain enables “services” that share the state, which means the developers would not need to re-deploy emerging useful services.

Anything that is useful can be re-used by anyone else instantly.

The infrastructure and its components will be commoditized, and the competition will move further up the stack: towards interfaces.

Importantly, blockchain will trace the ongoing re-use of open source components and will pay back to the original creators, similar to how original creators get compensated in music industry.

It will be an important step in alleviating the tragedy of commons that exists in open source development today.

Consumers will be able to invest directly into the services they use for the first time. They will be directly participating in the work of developers and creators deciding on what needs to be built, how to best accomplish it together, and how to fund the ongoing development of new service.

We will witness the explosion of millions of new apps that do not exist today. These new apps will take advantage of user data and provide direct utility to consumers, and not to the corporate entity. Consumers will directly pay developers for apps that provide utility to them.

The primary problems in getting to this future are three fold, and all reside on infrastructure layer of blockchain. Once these are addressed, the realm of what can be enabled will expand exponentially. Once the limitations are lifted, what I described above will be within the realm of possibility.

What are three limitations today?

Development experience needs to be on par with web development: blockchain development should resemble web2 key value stores, such as AWS Lambda, Parse and Firebase. It should also support modern languages (TypeScript, Rust) and take advantage of all of the other advancements that happened in web development over the last couple decades. It will be possible with the support of WASM virtual machine. Also, development experience should allow for one click deploy, one click test, and ability to quickly grab and re-use someone else’s code. Developer should not be spending too much time thinking about infrastructure. It should be “truly serverless”.

Any non-tech savvy person should be able to use the blockchain applications. In other words, blockchain itself should be invisible. This should be accomplished by changing how onboarding is done, how transactions and accounts are set up, and abstracting away everything that user shouldn’t know in order to be able to consume apps that provide utility to him or her. If you want to learn more about the state of usability today, here is a good overview.

I hope that this article will spin up more projects in the area. Once more developers pay attention to this mis-understood innovation and start tinkering with it, we will see the explosion of apps that will bring power to the people: creators, developers and consumers.

Lastly, if you're an engineer already thinking in this direction and looking for more collaboration, I encourage you to check out this program.

What Everyone Missed About WallStreetBets: This Is Just the Beginning! 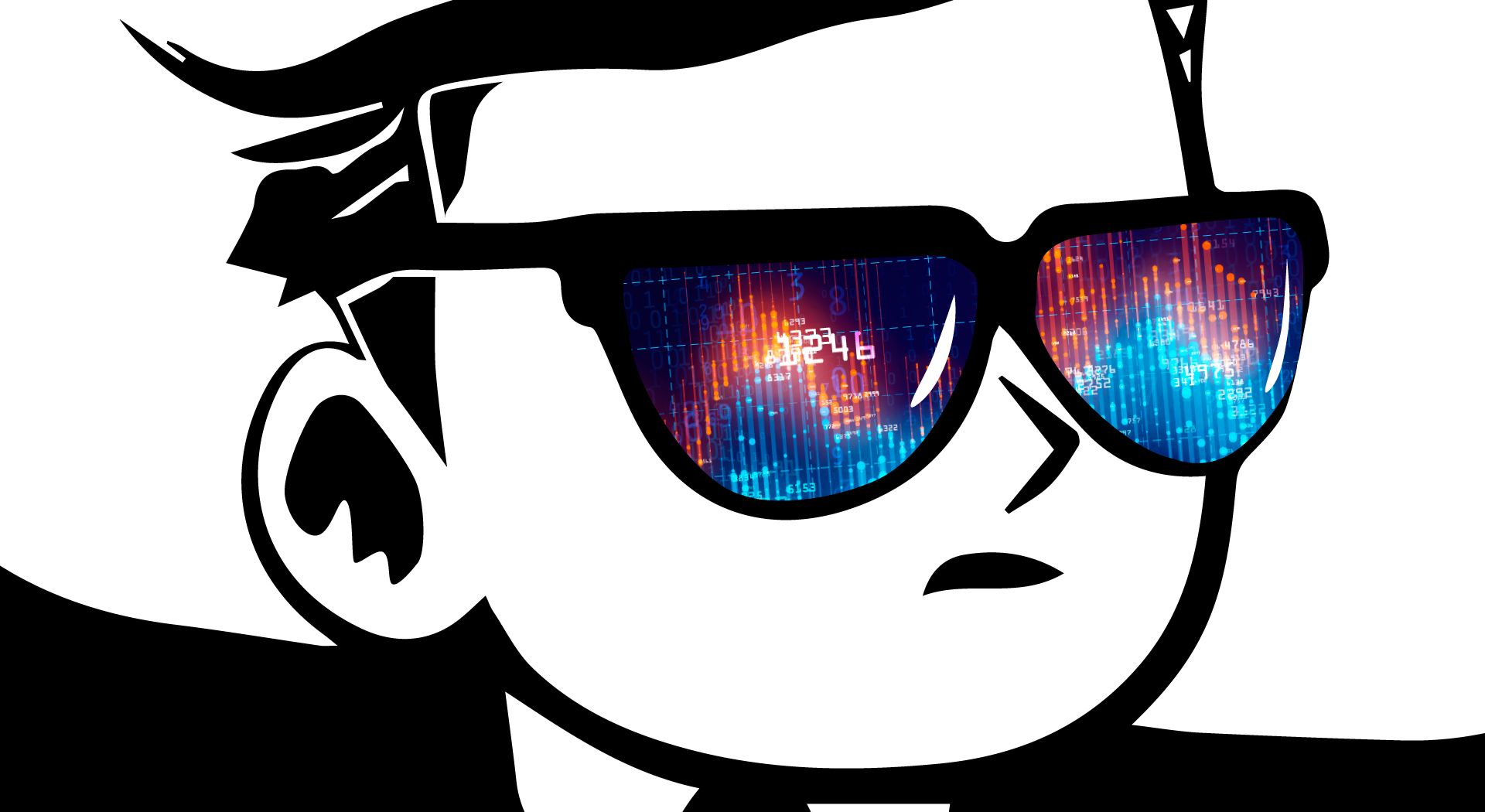