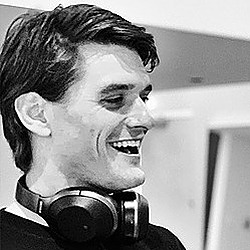 Today’s global political and economic climate is one of uncertainty. The period of relative calm and international cooperation, for better or worse, is at a crossroads. With the election of Trump and the emergence of Brexit, it seems nationalism and populism have returned to levels not seen since the pre-World War II era.
Trade policies implemented by the US show a concern mostly for their own economic growth, with other countries beginning to follow suit. With the shift towards openly protecting domestic interests by so many countries, is the stage set for a repeat of the 1930 Currency wars?

If so, what role, if any, do digital assets namely Bitcoin play? First, let’s explore some history.

Populism and Nationalism began to take root in the 1920’s, following the conclusion of the first World War. In the United States, workers worried about the end of the war economy began to go on strike and many Americans were worried about the possibility of a radical workers movement similar to that of the Bolshevik revolution in Russia occurring.
This led to the passing of the popular Immigration Act of 1924, which limited Asian and European immigrants from coming to the United States, as they were perceived as radical and un-American. Following the economic crash of 1929, European nationalism began to reemerge, with many believing their priority was to protect their economic interests, rather than promote international cooperation.
The nationalist sentiment felt following the crash resulted in the US establishment of the Smoot-Hawley Tariff in 1930, a protectionist trade policy which set off a retaliatory wave of trade protectionism globally.What this all culminated in was the Currency War of 1930, starting when Britain severed the pound’s link to gold, in an attempt to devalue their currency and export their unemployment.
With a devalued currency, other nations are willing to export jobs in order to pay lower costs and wages. However, after Britain went off the gold standard, other nations followed, with the US in 1933 and France in 1936. The three went about devaluing their currency in a race to the bottom, which essentially ruined international trade. In order to end the currency war and subsequent trade war, the US, France, and Britain entered into the Tripartite Agreement of 1936 in an effort to stabilize their currencies both domestically and on the international market.

Following World War II, the Bretton Woods Agreement pegged most currencies to the value of the US dollar, which was pegged to the price of gold. This act effectively ended the likelihood of another currency war, until 1971, when the gold standard was eradicated.

Today, we are in a strangely similar global environment to that of the 1930 currency wars. Nationalism and Populism have reemerged, as evidenced by Brexit and those in favor. Nigel Farage, a British politician against the European cooperation project and for Brexit, has begun to look like a prophet following the election of Trump.
With the movement away from the E.U. by Britain as well as France and Germany, the sentiment of one’s own nation first has become evident. Not only that, but the Trump administration has also accused China, Germany, Russia, and Japan of gaining an advantage through keeping their currencies undervalued.
Furthermore, Trump has been attempting to move away from the strong-US dollar policy, saying he’d prefer a weaker currency as a way to increase exports. With impending interest rate cuts, there is less pressure on the dollar to strengthen, creating a perfect scenario for currency devaluation. Currently in China, thanks to the trade wars with the US that echo those of the 1930’s, China allowed the yuan to devalue 8% against the US dollar, raising alarms the currency may have become weaponized.
In addition to China, Japan also allowed their yen to lose a third of its value compared to the Dollar between 2012 and 2014. As the US policies unfold, we may find ourselves in the midst of another currency war and subsequent trade war, as states work to protect their domestic interests. However, with the presence of digital assets this time around, the stage may be set for crypto currencies such as Bitcoin to protect international trade.
Following World War II, the US was the only superpower to emerge with a fully functioning economy and intact state, which made them the obvious choice to peg all other currencies. With the world denominated in US dollars, countries would be hard pressed to fight another currency war with their own fiat.
Currently, China and Russia are scooping up gold at an increasing rate, with India following suit, all to hedge their risk against a possible devaluation of currencies globally in a potential currency war. The downside here is the illiquidity of gold. This is where the hole for liquid, third party currencies come in.
And what better option than cryptocurrencies such as Bitcoin? There is no need to worry about the devaluation of these assets in order to increase any export economies, as they are all regulated by autonomous protocols. Hedging with gold under the pressure of an impending trade war gives a state reserves if necessary, but as was seen with France in the currency wars of 1930, this type of hoarding only led to a prolonged depression.

However, hedging and hoarding digital assets would allow a state to continue trading internationally at a stable rate, negating the potential impact of a currency war.

The 2008 financial crisis set the stage for the emergence of Bitcoin and global digital assets not regulated by a central bank. Now that Bitcoin exists, could the eerie similarities between today’s civil unrest and those in the 1930’s that launched currency wars be re-emerging, setting the stage for the adoption of a new currency to take center stage as the new global standard?
Just like in the 1930’s, it may take a few decades for such a major shift to take place, but the formula is known and this time the decision may be more in the hands of the people than nations.
About the Author: Simon Manka is a cryptocurrency advocate and Head of Growth at Ampleforth. You can find Simon on twitter @forkingblocks