My Journey Of Building A SaaS Startup In 2018 — Part Three

It’s been a while since my last blog post. When I started writing this, almost two months passed.

If you read my previous post, you’re probably wondering “Is this guy still building that awesome Wordpress landing page builder?”

I don’t have any excuse for not writing this blog post earlier, but I guess we all have those moments when we prefer to work on something else or watch football games from the World Cup.

The above thing reinforced the following statement:

You have to get out of your comfort zone to achieve things.

What did I do for the past 2 months? Did I achieve anything that I said in my last story?

For those of you who do not know, in my last post, I said the following thing:

The next things that I want to work on are to create a lead magnet on the blog, start a Youtube channel and an autoresponder.

If you want to read my previous post go here.

Did I do any of this things?

Again, I do not have any excuse, but time is so short when you have a full-time job.

I usually work 3–4 more hours every day after work, plus Saturdays and Sundays.

“The bad thing” that happened in June and July was the World Cup.

I love football, and I’ve watched almost all the games ( except the ones that were playing when I was at my full-time job )

This thing made my productivity low. Maybe half or less than I usually work.

So what did I do in the past 2 months?

First thing I learned, in the past few weeks, is that it’s easy to lose focus and stay motivated.

During the summer you have all kind of distractions.

I’m somehow lucky because I’m a kind of a lonely wolf in London.

I’m not saying it as a bad thing. It’s strange, but I like it.

I guess you need to be a bit lonely to be able to build something, but you also need a lot of support from your close friends, family or even people that you meet online.

Now let’s speak about the first thing that I did since my last blog post.

I sent an email to my list of almost 150 subscribers.

The subject was “Need your help”, and in the email, I asked why they subscribed and how do they think that Netcrumb will help them.

I didn’t get a lot of responses. I think 5% responded, but I was not disappointed.

What did the people say?

Mostly positive things. Their expectations were matching what Netcrumb will be.

Maybe not from version A, but many of the things they said are on the roadmap.

The first reply was from Zac from Aweber and to whom I said that I would integrate it, but not in the first version of the product.

Another guy was a copywriter who had excellent points.

He suggested to try and help people with their text, once they try to build their Wordpress landing page on Netcrumb. ( Thanks Wally )

I wish more people responded, but I hope to get more feedback once I launch an MVP that people will be able to see and use.

If I regret one thing before starting Netcrumb is that I didn’t build an audience first.

In 2016 I started a website that was helping people with different Wordpress issues they had.

It never got more than 1000 users per month, I never tried to get an email from the visitors, and I did not pay a lot of attention to it.

It was on the same domain name ( netcrumb.com), but I deleted everything from it.

It doesn’t matter anymore for me with Netcrumb, but if you have anything in mind, try to build an audience first, by helping people with different things related to your idea.

You will be able to create landing pages for web apps, mobile apps, personal and digital agencies.

All the hero sections will be different based on your category selections.

The below header will be part of the SaaS or Web Apps category.

Once you get to the last step, you will be able to add parts for About Us, Services, Portfolio, FAQ, Contact, Testimonials, Team, Features, Pricing, Clients, CTA and Checklist.

You can see below some of the sections designs:

Based on this designs the builder it’s almost ready, but still needs some tweaks and bug fixes.

After these things get fixed, the next step will be to pack the landing page, created by the user, in a Wordpress theme.

I have to say that the agency I’m working with are doing a great job, even if the project is delayed by one month already and I think it will take another 1–2 months to finish it.

I knew from the beginning that their estimation of 3 months to build Netcrumb is too optimistic.

For the people that do not know what Bootstrap is: Bootstrap is a framework that can help you to create responsive websites easier.

Why I’m learning it?

At this moment, Netcrumb’s marketing landing page it’s on CSS and HTML ( Bootstrap ), and for the blog page, I’m using a free Wordpress theme.

it will help with search engine optimisation, and the site will look more pro.

After I learn Bootstrap, I have some desire to look a bit into VUE JS, but I do not know if I will have time to learn and use it.

No vacation this summer

I decided not to have any holiday this summer.

I will go for two days at the end of August, for my birthday, in Paris, but I can’t call this a holiday.

It might also be related to the fact that I had a lot of trips to Romania this year, to see my girlfriend and my family.

Of course, I would love to drink a beer on a beach in Greece or Spain, but I consider that I have a lot of other priorities at this moment.

I’ve always loved Ahrefs, and I think that their tool brings a lot of value if you want to create a content marketing strategy.

The only downside is that I considered their lower tier of $99 per month too expensive.

In June I’ve signed up for their Lite membership, and I did some research for Netcrumb.

I’ve cancelled the membership for the moment, but I will renew once I start doing content marketing, Youtube and/or blog posts.

Five days before the expiration date I wanted to help other people, as I had a lot of credits left, and I posted on Indie Hackers and also on some Facebook groups.

I did some websites and keywords research, and I’ve received quite a lot of “thank you”.

Helping other people and not expecting anything back can build relationships and it is amazing!

It is a book which someone recommended in a thread, in the Indie Hackers community.

It has around 150 pages and has a LOT of value.

I won’t get into details, but the main idea of the book is that when we want to create some start-up ( web app, mobile app etc.), we ask the wrong questions to the people, including our friends and family.

For example, if you go and ask your mother.

“Mom, would you buy this recipe app that I want to make for $30 per year?”

She will always say yes, but this doesn’t give you any valuable information.

Instead, you have to ask her when was the last time she used a recipe app and if she used, which things that app was missing and so on.

I recommend this book for an evening read.

On Amazon, it has both paperback and Kindle edition.

I was not sure if I wanted to add this here, but then I thought that it’s part of my journey.

I have to share it, so people know what to expect when they start building their own business.

You probably know that everything in this life has ups and downs.

When you start working on your own thing a lot of things flow through your mind. Will it work? Does it have a lot of features? Will people pay for it? Will I be able to make a living out of it? What will the customers say?

All these questions will make you forget why you started everything.

These thoughts will drag you down and will make you lose motivation and focus.

I had them as well in the last two months, but how did I solve them?

I don’t think I did. I know it’s terrible, but I don’t believe that I have a solution at this point.

I just let them pass by forcing myself into working, even if it means my full-time job or Netcrumb.

It’s not the right approach, but if you have any suggestions drop me a message.

I might write a longer blog post about this thing. I know it is a common thing among other entrepreneurs.

This is the part that all of you expect.

In June and July, I had the following expenses.

I have to admit that I’m surprised that I’m already paying for AWS even if I have 0 users.

I’m paying for the Relational Database Service where they charge hourly, but I paid $19 more in July for Elastic Compute Cloud.

For me, Amazon Web Services seems so complicated. A lot of names and a lot of information.

From a UX perspective, I think that it is a mess.

The LITE membership is just $99, but because I’m from the EU, they require to pay VAT.

This is the third part that I paid, and I have one more left which I will pay at the end of the project.

On June 27th there was an Indie Hackers meeting in London.

For those of you who are not part of the Indie Hackers community, I indeed suggest joining.

The meeting was held in Stripe’s London office which is actually 10 minutes walk from where I work.

The meeting was done through meetup.com, and I thought that I will not be able to attend it as when I registered I was the 25th person on the waiting list.

Surprisingly, on 27th I received an email that said that I will be able to attend it.

Went there and I think I was the third person to arrive.

I was impressed with Stripe’s office which had a bar in the middle.

We received free pizza and drinks ( beer and wine ), and at 7 two talks started.

One made by Paddy O’Neil from Intercom and one by Rudy Lai from Quantcopy.

If you want to see their slides, please visit this link:

I’m really happy with the progress, even though three weeks ago I started to panic and I thought that the development is not going in the right direction.

It was one of those moments when you forget why you started and what’s the purpose of what you’re building.

You start questioning every decision, but I’m happy now that those bad feelings went away.

A start-up is a long journey and not a sprint.

Being mentally strong it is very important, but in the end what matters is to succeed and help as many people as possible with your creation.

5 Types Of Fear That Millions Of People Feel

Engaging Visual Content for Every Stage of Your Customer Journey 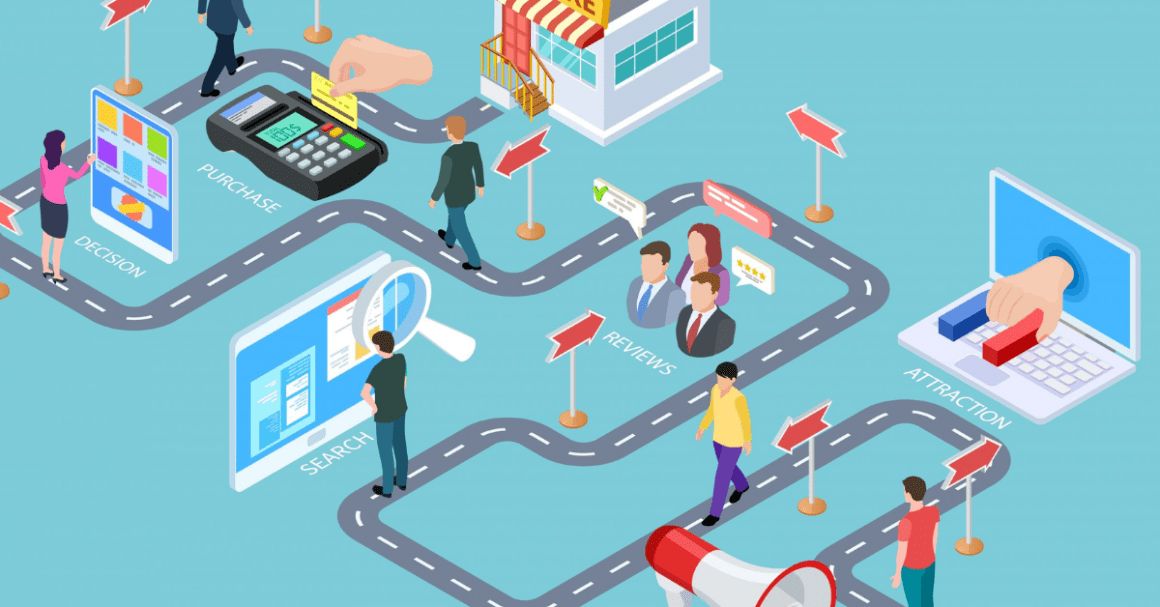